Still technically a teenager, Julia Slyer was the youngest competitor at last month's Ironman World Championships in Hawaii. That in and of itself, after winning the F1824 age group to qualify at Ironman Lake Placid, is a huge achievement thousands of triathletes dream of.

That said, this pre-med student wasn't just "happy to be there," but instead went out and took 4th in the world against athletes up to five years her senior. The sky is the limit for Julia, and we're thrilled to have such an amazing teammate representing New York on our national team.

I was very active throughout my childhood, participating in a pretty wide variety of sports. In high school I ran cross country, alpine ski raced, and played lacrosse for my school’s varsity teams. I grew up around the sport of triathlon, with my dad competing in Ironman Lake Placid nearly every year since 1999. I started with some kids and sprint distance tris when I was in elementary school and loved the sport. When I was nine, my sisters and I convinced our parents to start a youth triathlon camp, and triathlon has dominated my summers ever since. I now coach young triathletes at SKYHIGH Adventures Summer Camps, which is so rewarding and fun.

With triathlon now being a collegiate sport, did you ever consider this path for yourself? I would think every school in the country would be chomping at the bit to get you!

All through high school I wished that triathlon were a collegiate sport, but unfortunately women’s triathlon was approved as an NCAA Emerging Sport right after I had submitted my college applications. Looking back, it would have been awesome to be on a team and receive school support, but I also would have had to focus on shorter, draft-legal races instead of Ironman. Even though I’m not an NCAA triathlete, I still think the program is a huge step for the sport in bringing more young women into triathlon. 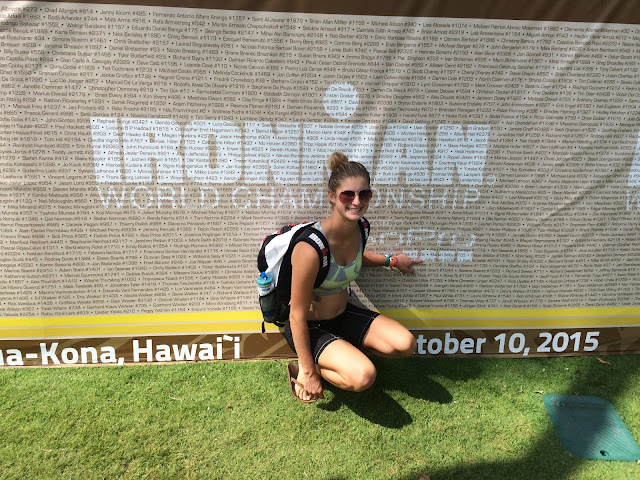 Did 2015 blow away your expectations, or did it play out pretty much how you envisioned?

I came into 2015 with the main goal of beating my time from Ironman Lake Placid 2014. My competitive drive kicked in and I wanted to see how much more I could do. I knew that I could improve upon my training (I only had about two months of focused training before IMLP 2014), and aside from a few nagging injuries I felt good in the months leading up to Lake Placid. I felt that I would improve my time, but I went into the race with more respect for the distance and without any expectations. My results this year completely blew me away. I think this season has taught me that I can achieve more that I realized.

Many triathletes aspire for decades to get to Kona, and you accomplished it at 19! What was that experience like, being (and racing so well) at the World Champs?

Kona was not even on my radar going in to Ironman Lake Placid. When I found out that I had won my age group and qualified I was literally speechless! I had always dreamed of someday making it to the World Championships, but a part of me still can’t believe that I achieved that goal at only 19.

The atmosphere in town during race week was great – the entire island is focused on Ironman and there are triathletes everywhere. I also had the honor of being recognized as the youngest competitor at Kona this year! I was invited onstage at the Welcome Banquet and was interviewed by Mike Reilly, which was a really amazing experience, and my dad was able to talk his way into a few VIP experiences for us throughout the week. 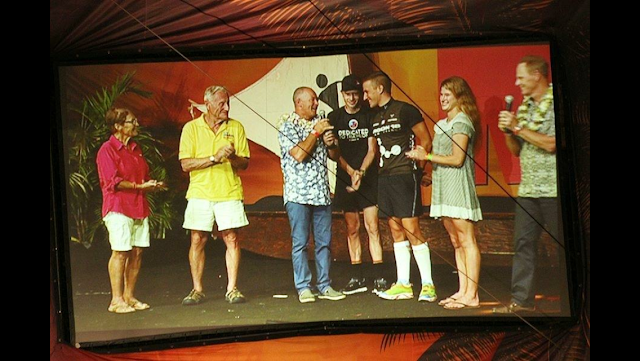 I was a bit more nervous for the race than I had been before my previous two Ironmans, but also more excited. I had never trained or raced in conditions like Kona before; I had experienced heat, humidity, and wind, but never all at once, and never to the extent that this course throws at you. Being out on the lava fields was amazing! I was stuck somewhere between taking it all in and trying to concentrate on my own race, but I think I struck a good balance. I knew by the time I hit about ten miles into the run that I would crush my PR if I maintained my pace, which was very motivating. Finally running down Ali’i Drive felt amazing, and my dad was in the finish area to give me my lei. I was so excited about my time, and when my mom called from home and told me I came in fourth in my age group, I didn’t believe her at all. I had expected to come in around 15th, and being near the top had never even crossed my mind. Overall, Kona was such an amazing experience, and I hope to return soon.

Your time at Kona (11:17) was a full 36 min faster than Lake Placid, despite crazy heat & humidity. To what do you most attribute this improvement?

My training between Lake Placid and Kona was fairly strong. I didn’t spend as much time on the swim or bike as I would have preferred, but my running was really solid, which I think set me up well aerobically for Kona. However, I think most of my improvement came from the experience of having another 140.6 under my belt. I knew when my legs would start to hurt, what my stomach could handle, and the general logistics of racing the distance. I think I also received a huge confidence boost from winning my age group at IMLP. I knew that I had earned my spot at the World Championships, and I wanted to make it count. I felt confident in my training and ability, and I decided to enjoy the experience, but also to push myself to see just how well I could do not only on such an iconic course, but also against the best in the world. 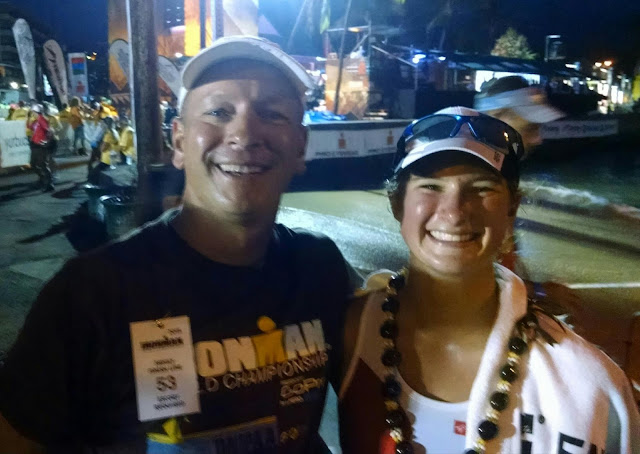 At this point have you given any thought to races/goals for 2016?

My main race for 2016 will be Ironman Lake Placid. The goal is to beat my time from Kona (11:17). It would be awesome to excel in my age group again as well, but that is never my main focus; I prefer to compete against myself, and I feel that I perform better if I stay in my own head and race my own race. I’m also competing in the HITS North Country Half leading up to IMLP, and I’d like to add in some sprint or Olympic distance tris in the early and late season. I may also run a fall marathon to try to qualify for Boston.

Right now, I’m definitely strongest on the run, followed by the bike and then the swim. For 2016, I’m going to focus a lot on improving my speed and efficiency on the bike and my form on the swim. Because I am so young to be competing in Ironman, I have the advantage of my body adapting quickly to my training. I’m also still building my endurance since I’ve only been training for Ironmans for about 18 months. I think as I continue to train and push myself, I will be able to improve both my speed and endurance in all three disciplines.

What are you studying, and what do you want to be "when you grow up?"

I’m studying biology and psychology, on a pre-med track, at the University at Buffalo. I’d like to attend medical school and become a doctor. 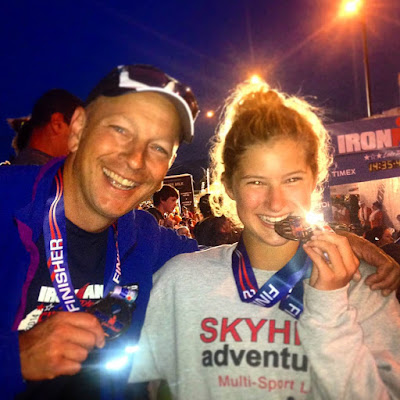 What's the triathlon scene like in New York, and what are the pros and cons of being a triathlete in your state?

Triathlon is definitely growing in upstate New York, but there’s still a huge lack of athletes my age in the sport, especially women. It would be great to see that sector grow. New York is great for training in the warmer months – there are tons of lakes and beautiful country roads in my area. We do have a longer winter, which unfortunately means that from November to March, the majority of my training takes place indoors.

My summers are pretty much dominated by triathlon, between my own training and coaching youth triathletes at camp, but I try to make time to relax and have fun with my friends and family. During the winter, I love to ski. I’ve been a ski racer since I was five years old, and I’m definitely addicted to the speed and thrill! I also enjoy hiking and camping, and just being active and outdoors as much as possible. I’m very close with my family, so whenever I’m home from school I try to spend as much time as I can with them. Luckily, they are all very active too, so we have had tons of awesome adventures together.