The Ironman World Championships in Hawaii is around the corner (Saturday, Oct. 10th). Here's a little preview of the men’s race, with a women’s version coming soon!

First of all, here’s the breakdown by country of the men’s field (as of now at least): 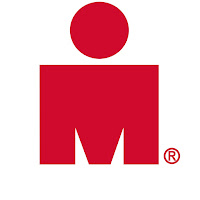 From 2007-2012, the Thunder From Down Under was untouchable at Kona, with Aussies Chris McCormack (2007 & ’10) Craig Alexander (2008-09, ’11) and Pete Jacobs (2012) all doing serious work on the biggest stage. Before that, Germany had a 3-year run with the combination of Normann Stadler (2004, ’06) and Faris Al-Sultan (2005). Finally in 2013 a new country was represented, with Belgian Frederik Van Lierde flying a bit under the radar on his way to an impressive victory. Germany reclaimed the top spot last year, with “uberbiker” Sebastian Kienle breaking through as many expected he would. The USA’s Ben Hoffman surprised many with his 2nd place finish, with Germany’s Jan Frodeno rounding out the podium. 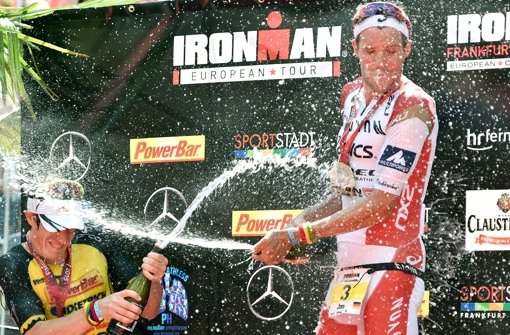 With Alexander and McCormack now either retired or very close to it and Jacobs having slipped a bit since his 2012 win, the Australian flag (at least on the men’s side) is not expected to be on the podium this year. On the other hand Germany is stacked, with defending champ Sebastian Kienle and former Olympic Gold Medalist Jan Frodeno expected by many to go 1-2 one way or the other. Frodeno took 3rd in his Kona debut last year despite a flat and a (some would argue) bogus penalty on the bike. He beat Kienle head-to-head at both Ironman Frankfurt in July and the Ironman 70.3 World Championships in Austria a month ago and is considered by most to be the favorite.

In addition to these two frontrunners, the men’s field is considered to be among the best ever assembled. A slew of competitors have a chance to make some noise, and it’s expected to be a tight, tactical race.

Here’s a quick summary of who I’d like to see win:

Andy Potts (USA): Former Olympian will lead the way out of the water as always – Potts has consistently placed in the Top 10 and was 4th last year. Would love to see him break through, becoming the first American winner since Tim DeBoom in 2002.


Lionel Sanders (Canada): His story of drug addict turned one of the best triathletes in the world is well-known, to the point where some other pros probably get sick of hearing it... but how can you not cheer for this guy?? By all accounts no one trains harder than him, can he pull off something magical in his Kona debut?

Jan Frodeno (Germany): Yeah in some ways this is like cheering for the Yankees, but Frodeno “deserves” it after such an incredible year. He has more pressure than anyone going into the race, and I’d be happy to see him come through in the clutch.

Romain Guillaume (France): Who?? Yeah that’s right, my boy Romain. Our team is having our 2nd annual Fantasy Football-esque game with each teammate getting 4 random names, a point system, etc. I got 3 women pros and this guy from the “autodraft.” Monsieur Guillaume actually pulled off a 10th place finish last year, so stranger things have happened I suppose. On y va Romain! Tu peux le faire! LET’S GO ROMAIN, YOU CAN DO IT!! 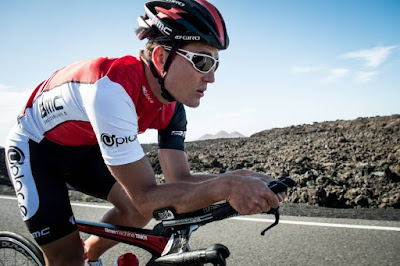 Prediction for the men’s podium: Jan Frodeno (Germany): the overwhelming favorite, but all the pressure is on his shoulders (and legs) and he’ll have a huge target on his back. The likes of Kienle, Van Lierde, and many others won’t go down without a fight, but you don’t win Olympic gold without being extremely tough between the ears.

Brent McMahon (Canada): since I’m going with the consensus favorite as my pick, I have to roll the dice a bit with the other two podium predictions: Darkhorse #1 is McMahon, a former Olympian who is all business on race day and very consistent. This will be his Kona debut, so a bit of a wild card, but he’s a smaller guy who should adapt well to the conditions on the big island.

Tim Don (UK): Darkhorse #2 This guy is coming in under the radar, but is wicked fast. I watched him take the North American 70.3 Championships vs. a stacked field earlier this year. He seems to be an all or nothing guy… I predict either a monster race or a DNF.