Looks like there's more than one big race this weekend! I caught up with Dave Fisher (Connecticut) as he took turns chilling out and rocking out on his way to his ironman-distance debut at Challenge Cedar Point. Go get'em, Dave!

So where are you right now?

Somewhere just west of central Pennsylvania. I've got another 4 hours or so, but like my race I'm trying to not go too much by time... just results!

What have you been rocking out to on the drive?

I've actually been listening to a mellow band called Dawes and some Alexi Murdoch. I bought 5-6 records that I've been going through (editor's note: you know you're dealing with a true musician when "records" is mentioned, right?). That said, I have turned a little Led Zeppelin on to wake myself up.

Are you a big pre-race music guy? I kind of am myself, depending on the race though.

Pre-race makes you think of the whole "high school locker room blasting Metallica" thing... I tried that a few years ago but I have a weird relationship with music as I was a professional musician for a while. It was a fun ride but tough to raise a family on the typical musician's salary! I like mainly mellow stuff... think Enya, then even more mellow. I'll put a soundtrack in my head and play it 400 times over the course of the day... I guess that's why I got into endurance stuff!

How are you feeling going into Challenge Cedar Point?

Man, I don’t know. In some ways, the longer the race, the more you know what to expect. It's more on execution... you're not going to do something too different from training. If so, you'll blow up. You've done all the studying, and you probably won't get an A, but you probably won't get below a B- either. Just don’t screw it up! It's gonna be a very sprirtual day, as it's been a tumultuous summer of highs and lows. I've been in this really odd headspace since my best friend of 25 years passed away. He was my brother, no other way to put it. I haven’t figured it out, but Sunday’s gonna help.

This is the best therapy money can buy, right?

Yeah that's the cool thing about this sport. We do our best to make a social thing. But like religion it can be a very personal thing that can help get you through stuff. Sometimes it's less physical and more spiritual, without sounding too hokey.

What do you know about the course?

Based on history, the swim course can go one of two directions. Depending on the wind it can have a pretty nasty chop, so they'll pick whichever direction is best. The weather looks great though... overcast and 60’s, which is fantastic. The swim will be two triangle loops with a quick run on the shore in between. The bike is flat, flat, flat... I think the total climbing over the 112 miles is like 1000 ft, which is nothin. It’s just gonna be tuck, nutrition, dial that power number in and plug along. The hard thing for me is that I train in CT and NY, where I can’t leave the house without climbing 1000 ft. With no hills there are no breaks, so it might get a little monotonous. The run is a flat two loops, but it's pretty jagged, with lots of turns and stuff. Hills don’t treat me well, so I'm grateful for the flat course.

Any goals in mind?

I'd be lying if I said I didn’t have a target in mind but I'm trying not to worry about it too much; it's more about the effort. My swim could be 1:05 or 1:20. If I go above what I'm capable of on the bike I'm gonna cook myself. Hopefully no cramps or GI issues on the run and I just get there. I should be somewhere around 7 hours coming off bike. 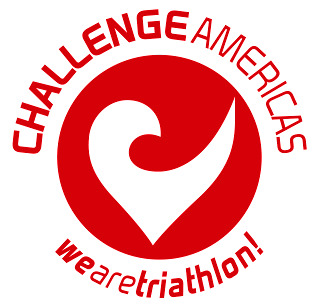 What are your thoughts on the Challenge / Rev 3 merger over the past year? Was that good or bad for the sport?


That's a great question. Based on what I’ve seen, the takeover of Rev 3 hasn’t done anything in the US but change the colors. Same people, same course support, and it's always been professional. Rev 3 was very supportive of families, with bouncy castles at the finish, sign making stations, kids allowed to cross finish line with you, etc. How it should be. The WTC (Ironman) is more strict. That said, I haven’t raced Challenge overseas. Challenge Roth looks epic, almost like Kona. I haven’t seen the equivalent in the US brand, but you have to think it's going there. They have a presence and if they continue to respect the athletes like they do, being flexible but professional, they should grow market share.

Challenge does have a stupid looking logo compared to Ironman. Let's just say I'm not gonna get that thing tattooed on my leg. It's like my opinion on European art. I just don’t get it!

I also wonder what does the announcer yell when you cross the finish line, a la "You Are An Ironman"... maybe a simple "You’re done?"

Whatever they say, go cross that line, come back and report!