A wise old farmer once told me to "honor the potato and the potato will honor you." I’ve thought about that counsel over the years, and relied on it heavily at Spudman this past weekend. I believe it made all the difference in my race.

Late Friday afternoon I embarked on the 3 hour drive north to Burley, Idaho. The Spudman would have more participants (just shy of 1500) than the population of many of the towns I passed through on the way, presenting me with a golden opportunity to honor the potato. Many people probably chuckle when passing through small, agricultural towns like that, but I had nothing but respect. I had the thought that the earth doesn't naturally grow supermarkets… it grows potatos. You like to eat, don't you? If all we had was big cities, we'd be very hungry.
But I digress.

I checked in and ate the provided spaghetti dinner in the shade before devoting the next hour or so to setting up my campsite. Unlike last time I was here (nine years ago), they allow camping on the golf course driving range which is close to the start. I got to talking with a guy named Tommy who was camping near me, and we made the trek to T1 to set up our stuff. He’s pretty new to triathlon, but is already a force to be reckoned with, especially on the bike. I also ran into a family friend who was camping in the vicinity. He’s a fire fighter, and his whole crew was doing the race. Pretty cool.

All week I was a little concerned if I'd be able to truly race Spudman. A tendon behind my right knee has been sore since Echo, and after a run last week it flared up and hurt pretty bad. It's tough sometimes when you have what feels like a “minor” injury to know when you can push through and when you need to be conservative and shut it down for a while. On one hand you don't want to unnecessarily lose fitness, especially during the middle of the season when you’ve been building for months. On the other hand, the last thing you want to do is turn a minor injury into a major one by being too aggressive. Anyways, merely walking to and from the two transition zones was causing pain, which was discouraging. I figured I would definitely swim and bike hard, but was resigned to the idea that I may be forced to scale it back on the run.

Morning came and we made our way to the start. My shoulder got really tight at Echo two weeks ago, so I made sure to get in a longer warm up. We would be assisted in this swim by the Snake River’s noticeable current... it's not like whitewater rafting or anything, but let's just say you could slowly float your way to T1 if you wanted to. Warming up I'd swim upstream a bit, then let the current bring me back and repeat. It was fun. Most of us waited until ~2 minutes before the start to actually get out to the starting line, and it took some effort to not let yourself drift forward. 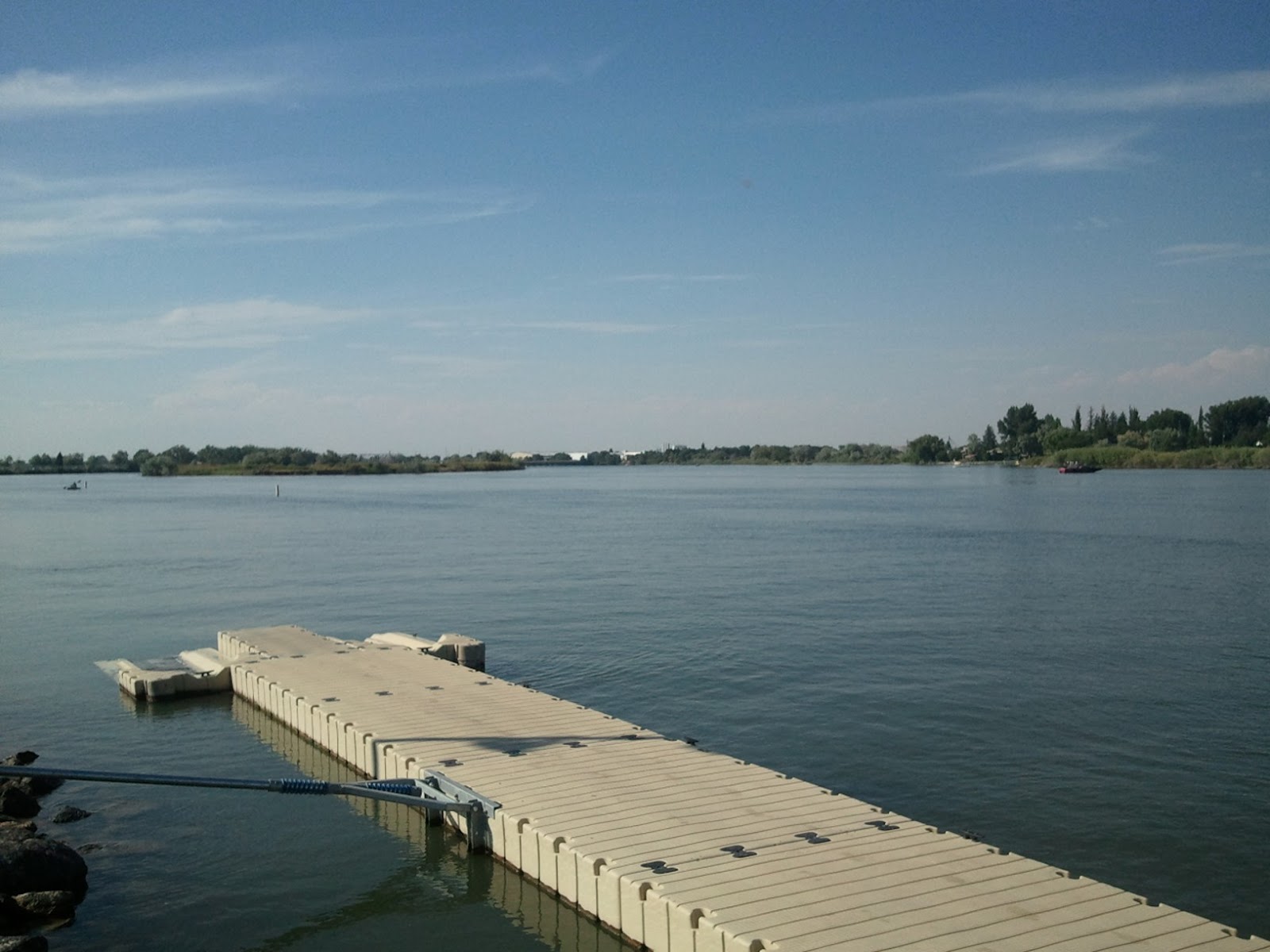 The gun went off and I pushed hard, knowing I had the current with me and it would be a quick 1500m. I also made a more conscience effort to draft. A few times I sighted specifically looking for draft targets, then would make my way up and slightly to the left or right to get on their feet. I'm not much of a foot fetish guy, but I found a girl with a beautiful set that I followed like a heat-seeking missile for the entire second half.


I hopped on my bike and noticed a light rain was starting to fall. It had been a while since I'd raced in the rain, and thought it would be kinda fun. At the same time I was hoping it didn’t get too heavy. As a side note, it always baffles me when it rains on a day in which the forecast claimed a 0% chance. Why don't they just CYA with a predicted 10% chance? Granted I wasn't checking the forecast up to the last minute, but as of the day before, rain was out of the question. 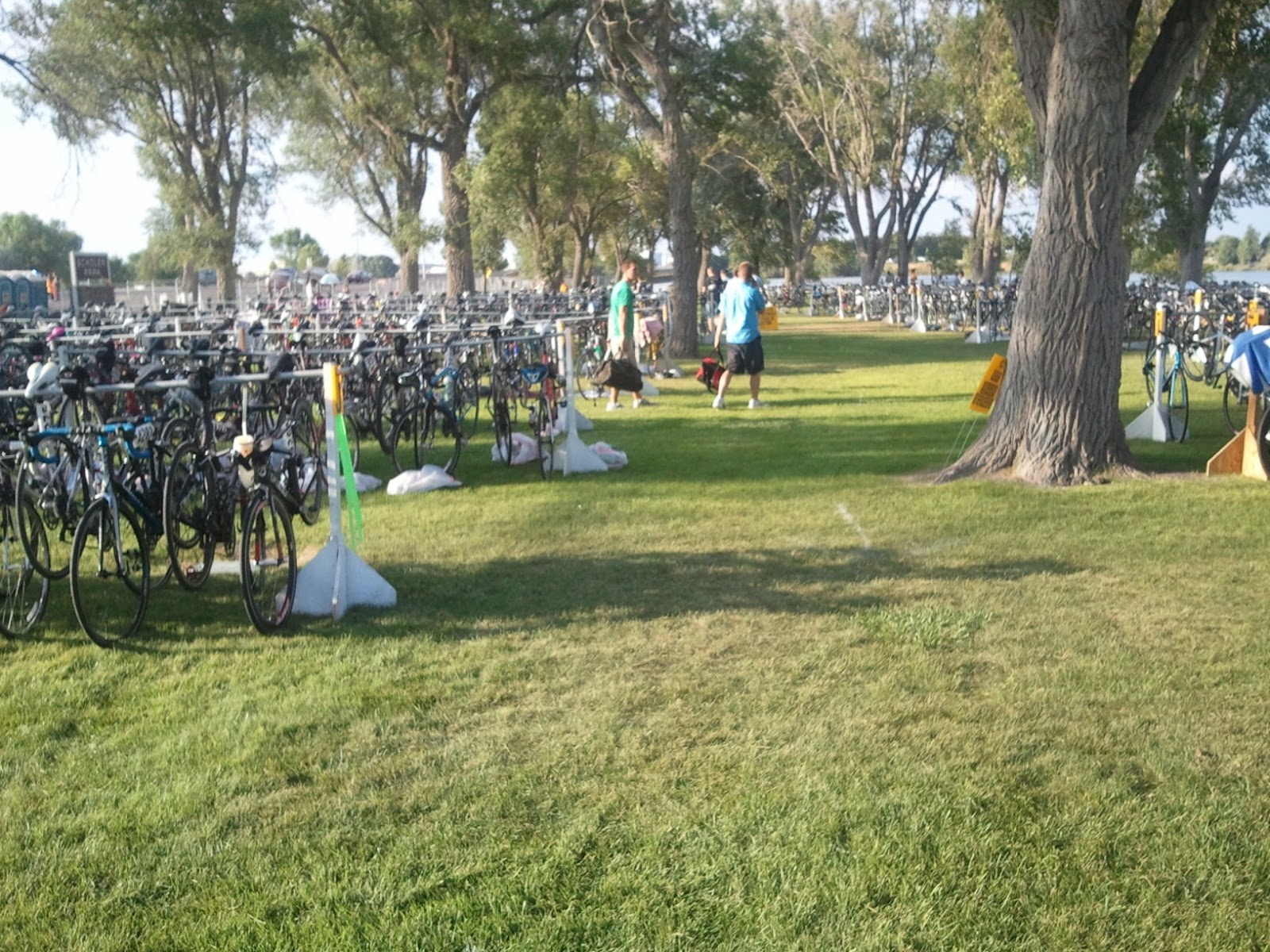 In reality it didn’t come down much… the roads were a little slick, but not terrible, and the temps were cool. It's been a really hot summer, so to have two races in a row be on the cool side has been lucky and a little strange. The course was a 40k/25 mi square, with hardly a hill to speak of. I could feel my leg acting up a bit, but it didn't really hurt at all.

I crossed my fingers as I ran through T2 that my leg would be ok. The first 400 meters or so were on the golf course grass, which was helpful. My heart rate stabilized after climbing the only hill of the course, and my general assessment was that I felt strong. I also realized that this song was in my head:

Some of the lyrics are especially applicable to a triathlon:

They come from every state to find

And this was eerily applicable to Spudman:


The middle section of the course followed a canal along a dirt road, which softened the blow on my leg. Once we got back on the road it started to hurt, but I knew I couldn't ease up with only a couple miles to go. I summoned all the potato power I could, concentrating on “relaxing” as much as possible and just turning my legs over. I had been gradually closing the gap on the guy ahead of me, who I figured was in my age group. With a mile left a different guy passed me and eventually pulled even with the other. My son loves for me to make him “lassos” out of various things around the house, and I half-smiled through gritted teeth as I pictured myself roping the two steers in front of me. I didn’t have the strength to reel them in, but wanted them to drag me through the next few minutes without widening the ~10 meter gap. We descended the short hill we had climbed at the start, then onto the golf course grass with the finish line in sight. The guy who had passed me was too strong, holding me off by 7 seconds, but I out-kicked the other guy in the homestretch. A few seconds later I was surprised to see all of our names flash on a finish line screen as being 1,2,3 for the M3034 age group… a total of 11 seconds apart. 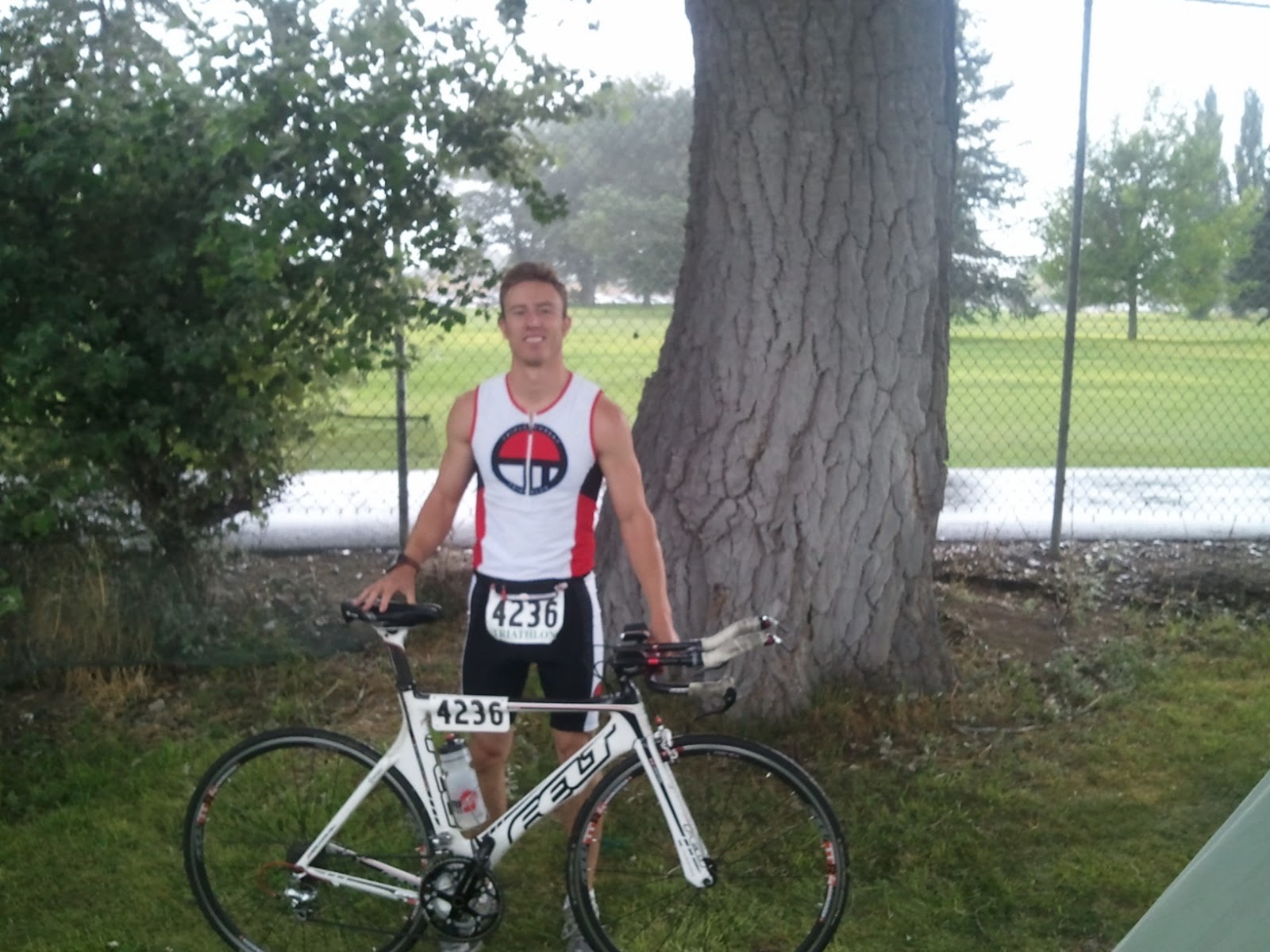 Being on the podium at Spudman was a total surprise, which also required some luck. How does 40th overall equate to 2nd in my age group?!? Last year my time would’ve also placed 2nd, but let’s just say I was fortunate to not be a little older (see breakdown). In addition, the guys who identify themselves as Elite were in their own wave and excluded from the age group results. That's a common practice, but it does help guys like me. Here’s the breakdown of people who beat me:


It was interesting to compare to 2004, one of my first races ever. The table below shows my percentile ranking vs. the field (as in top 7% vs. top 44%) for each discipline, as well as overall placing. I guess if you’re crazy enough to stick with something long enough, you’re bound to improve, right? That goes for everything from playing the ukulele, to knitting, to the 3-headed monster known as triathlon. 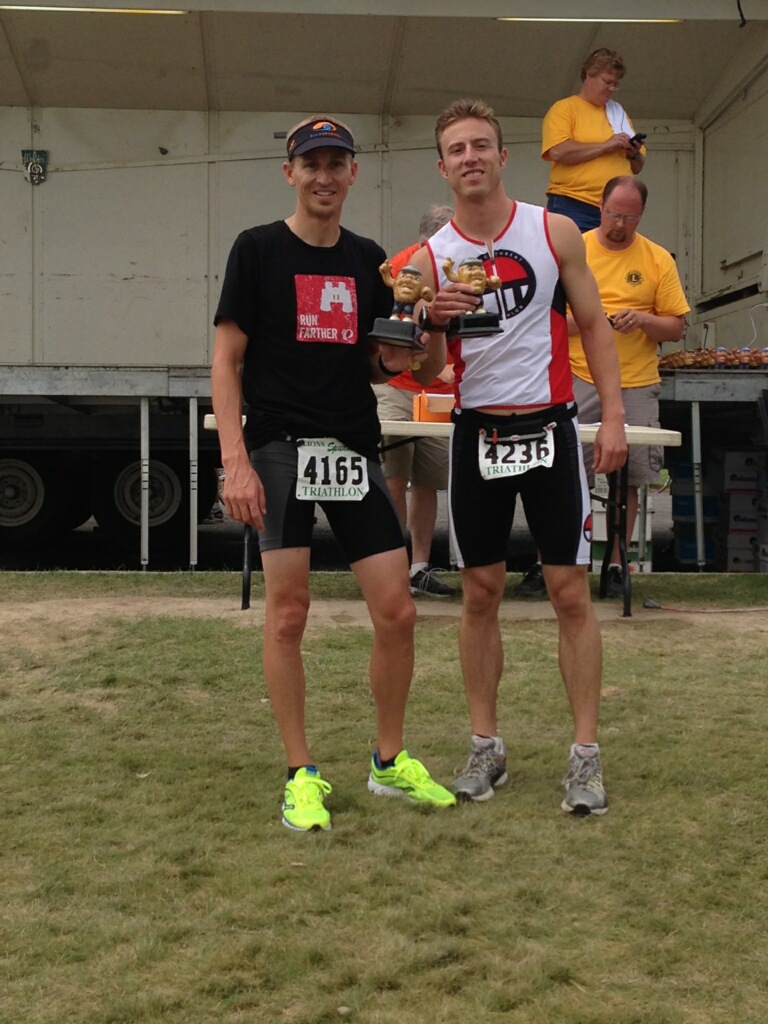 A couple days later now, and thankfully my leg is only a little sore. "Honor the potato and the potato will honor you." Truer words have never been spoken.