Triple Threat team member Brian Babcock recently conquered Colorado’s “Ride the Rockies” Bike Tour, covering 556 miles, climbing over 25,000 feet, and burning 23,000 calories over a 7-day span. After giving him a couple days to recover, I tracked him down to learn about this epic experience.


What’s the history of Ride the Rockies and how long had you been aware of it?


Ride the Rockies is a week-long ride that began 28 years ago. I first became aware of it when some of my dad’s friends did it when I was in middle school, and I’ve had my eye on it for a few years now. The race is capped at 2,000 riders selected through a lottery system, and thankfully I got in. 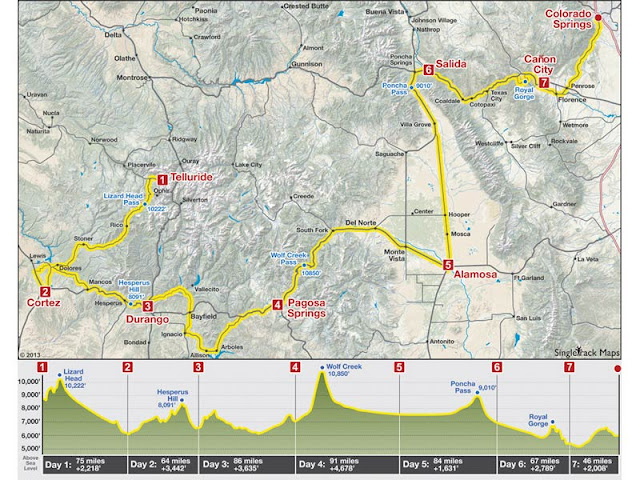 What was the typical day’s schedule?


I’d wake up in the middle of the night, toss and turn for a while, then get up around 6 to strap on the spandex. Every day was a rolling start, and me and my buddy Brandon typically headed out around 7:30. Each day was ~ 4-5 hours of riding time, but we’d take our time at rest stops to load up on the smorgasbord of food available. In total it usually took 5-7 hours total time to get from one destination to the next. Lots of people camped, but we opted for the indoor arrangements (usually a high school gym), due to the cold temps at night. Each night we’d have a huge dinner, hit the sack and repeat. 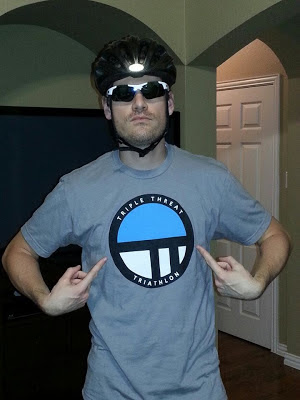 How did you train for the event?


Rockwall (Texas) is actually pretty hilly... no long climbs, but some decent rollers. I put in ~1,300 miles of training since March, with my longest ride of 80 miles, and I’d always seek out as many hills as possible.


What were two highlights and lowlights of the week?


Highs – climbing over Wolf Creek Pass, the hardest and longest climb by far. It’s an “HC” classified climb, which is beyond your usual cat 1-5. Another highlight was riding with George Hincapie, recently retired pro and 17x Tour de France veteran, who joined the race for the first two days. I rode in a pack of about 40 riders led by him for 15 miles or so, which was awesome. Obviously finishing and seeing my family after a long week was the biggest highlight of all.


Lows – There weren’t any real lows on the ride… I enjoyed the whole thing. I guess I’d say the low points were tight quarters in the public showers and sleeping one night on high school wrestling mats. They were pretty nasty.


Overall, was it harder or easier than you thought it would be? 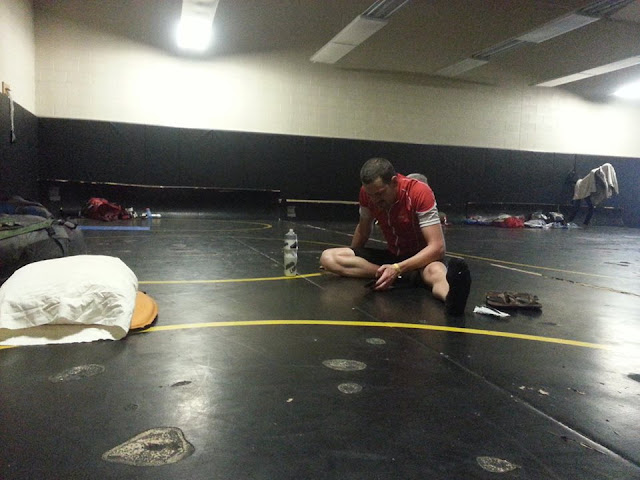 Did you have a nutrition plan that you followed or just play it day by day?


I just played it day by day. I carried GU, Bonk Breakers, and fruit, and refueled at the rest stops. I drank Cytomax and water. I never felt hungry the entire week!


Can you comment on any performance-enhancing activities you may or may not have participated in during the week?


I can neither confirm nor deny that. I did take a lot of Advil PM to help me sleep.


What role did the “stache” play during the week? Was it a source of inspiration?


It was. It made me feel like I could conquer anything. It also inspired Brandon to grow out his beard a bit. 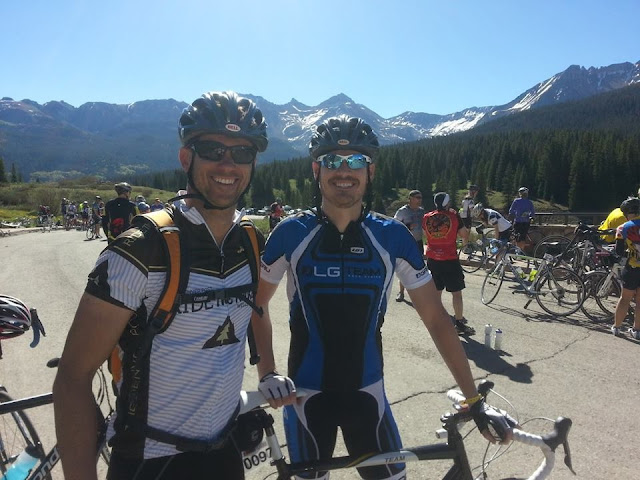 Did you mostly ride solo or in larger packs, and how hard did you push?


What surprised you most from the experience? 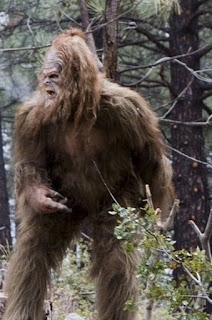 There were a lot of older people out there, up into the 80’s for sure, and I tip my hat to them. At the other extreme there were a couple of 10 year olds that did it!


Were there any funny moments on the course or were you strictly business?


It was pretty much business, but definitely some good laughs. Topping out at 53 mph down the back side of Wolf Creek Pass I was slobbering out both sides of my mouth like a dog sticking his head out a car window. Good times.


Which animal most closely represented your general level of hygiene on day 7?  a) wild boar  b) muskrat  c) hyena  d) sasquatch


I would have to go sasquatch. Yep… definitely sasquatch.