My wife, Lindsay, is currently in the market for a new bike. She’s paid her dues on my old wannabe tri bike since taking the plunge into triathlon three years ago. The bike doesn’t fit her at all… it just doesn’t work for her. For example, it has clip-on aerobars, but she seldom uses them because it’s too uncomfortable. She wakes up around 5:00 most mornings to train, and has done many races (including three Ironman 70.3s) on this bike. She’s earned a new ride!

Here’s a quick flashback to my own bike buying experience a few years ago. I researched and found what I wanted (Felt B16), then went to a bike shop that happened to have it in stock. A size 54 frame felt good to me, and after a basic fit by the guy at the shop I was on my way. Last year I decided to have my fit tweaked by a local Slowtwitch F.I.S.T. certified guy named Mike Mamales. He overhauled my set up, and I’ve been really happy with the results. In short, a good fitter helps you find your optimal position, balancing power, aerodynamics, and comfort.

As a long-legged, six foot tall knockout, I assumed (correctly) that most “women’s" bikes wouldn't work for Lindsay. Most bikes are built for the middle of the bell curve… in this case, shorter girls. Instead of trying to buy a bike and later get fitted, we thought the other way around would be a better approach. Lindsay recently met with Mike, who used an adjustable “fit bike” to determine the measurements of her perfect bike. A bike fitter will give you a fair amount of data, but the key numbers are “stack” and “reach” as depicted below. 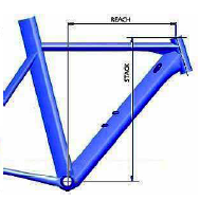 Lindsay’s stack measurement was 580mm, or 58cm, and her reach was 405mm, so 40.5cm. Unless you’re Inspector Gadget (go go gadget arms!), your reach is not very adjustable. Therefore, Mike advised Lindsay to look first for bikes with a reach matching or very close to 405. From there, the idea is to find a bike with a stack measurement close to your number. Stack is somewhat adjustable, but ideally you’ll get it close. Slowtwitch has a database of stack and reach measurements for a whole slew of bikes, and was the source of our research.

There’s more variation among bike frames than you’d think. There were lots of brands that could be immediately eliminated from our list. For example, Cervelo makes great bikes, but they don’t work for Lindsay. Per the below, a size 51 Cervelo P3 and P4 has a reach of 405, which is perfect, yet the corresponding stack is a whopping 10cm (~4 inches) too short. Cervelos are clearly built to be more “long/low” as opposed to “narrow/tall.”

Another good example is Felt. The stack/reach from my fit were 528/411. From the chart below you can see that my Felt B16 has a reach of 414, so very close, and a stack of 513. This is 1.5cm short, but nothing a little tweaking from Mike couldn’t handle. The B16 isn’t great for Lindsay though, as the 406 reach (size 52) has a corresponding 502 stack, a significant 8cm short of her 580 number. Many bikes don’t have a size with that kind of stack, and those that do have corresponding reach numbers that are way too long for her. At this point we were just hoping to find something close enough to adjust upwards.

A much better fit for Lindsay is the Felt B12, beginning with last year’s model. The 405 reach, perfect for her, has a stack of 536, 4cm short as opposed to 8-10cm. This could potentially work with some adjustments.

Eureka! After more digging, we found the closest fit on paper, the Blue Triad. Blue is unique in that they have an “ML” size, in between medium and large, for people like my wife with a narrow/tall profile in need of longer stack and shorter reach. The reach in this case is 1cm too long for her, but probably doable, and the stack is only 2cm short. My bike was 1.5cm short of my stack measurement, so this one should theoretically work.

Thanks to this research Lindsay has narrowed the overwhelming field of bikes to a “short list” of 3-4. Ultimately she’ll shop around for the best value before pulling the trigger.

In summary, I used to think you could just hop on any bike and go. There’s more to it than that, but hopefully this has been helpful to understand some of the basics. 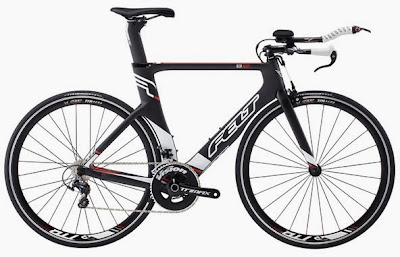 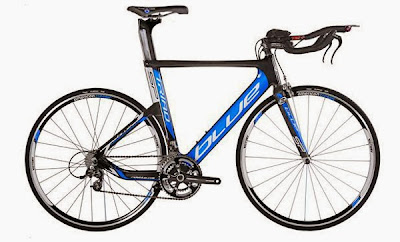