Tales From the Cave

I realized this morning that since the glowing report on my pain cave, I haven’t written much about training as it pertains to the 2-wheeled discipline of our sport. So here’s an update:

I’m exaggerating… riding indoors has been fine, but I’m definitely looking forward to riding outside on a consistent basis. We’ve gotten a lot of snow this year, but hopefully the weather will cooperate so I can get out in March. I’ve been riding 3x a week, typically two 90 minute rides of varying intensities and a 2+ hour ride as part of a Saturday brick. There’s not a whole lot of magic to it… my focus has been on being consistent and staying injury free, something I unfortunately wasn’t able to do a year ago in my build up to Ironman.

As the pain cave post advised, the goal of riding indoors is to gain fitness, not lose sanity. To assist with this endeavor, I’ve watched a wide variety of shows, sporting events, and movies. I thought I’d give a summary of how I’ve been passing the time in my cave. 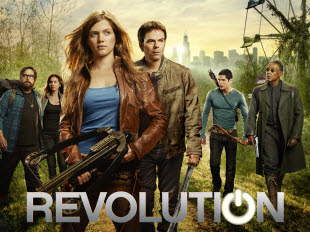 The Regulars – I watched the inaugural season of Revolution all the way through. I liked the concept and found it very entertaining. The only downer was that the season was pretty short. I moved on to Breaking Bad seasons 1-4 on Netflix. I powered through it and for the most part I’d say it lived up to the hype.  I’ve watched a lot of Parks and Recreation on Netflix as well… I think I’m somewhere in season 3, but this one is more of a start and stop than a "push through the entire series" type of show for me. Always good for a laugh though. Last of my regulars is Shark Tank, which I thoroughly enjoy. The media always portrayed (and still does to some extent) Mark Cuban as a bit of a loose cannon, but I must say he comes across as a smart and genuine guy to me. “Mr. Wonderful” on the other hand comes across as Dr. Evil.

The Dabblers – I’ve dabbled with a lot of shows, some by choice, others by accident (curse you, Hulu autoplay). I tried some episodes of Mad Men, but just couldn’t get into it. The chauvinist dudes just really bothered me. I had heard It’s Always Sunny in Philadelphia was funny, so I dabbled with that as well. I like that quirky type of humor, and I may go back to it at some point, but it wasn’t a home run. I watched a few episodes of Nashville until I realized that Hayden Panettiere was clouding my mind of the fact that I don’t like country music. I’ve caught a few episodes of Bob’s Burgers when I really want to tune out to something completely mindless. I admit it’s pretty dang funny. A few others include Modern Family, 20/20, Happy Endings, The Middle, and 30 Rock.

ESPN3 – There’s no TV in the cave, so for sports I rely on ESPN3. My viewing has gone from the US mainstream (college football, college basketball) to the
less mainstream (high school basketball, Italian league soccer, occasional Euroleague basketball) to the arcane (a cricket match between two Caribbean islands, an indoor track meet, and something called modern pentathlon, which naturally involves swimming, fencing, equestrian, shooting, and running).

Movies – I tend to watch more shows than movies. I’ve found that buttered popcorn makes my aerobars really greasy (HA). On my recent movie list is Anger Management, Moneyball, a great Ironman documentary called The Distance, School of Rock, and Pursuit of Happyness.  Oh and Cars 2, which I liked even more than my 5-year old son. 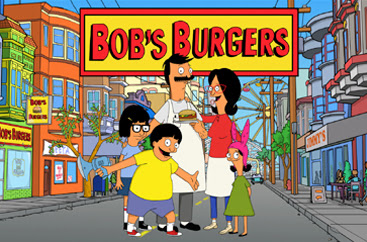