For those who missed it, I wrote about finding a sizable golden nugget in the pool a while back. Extra motivated by the discovery, I’ve been working hard to fully extract it. As with any sport, even a slight change requires a lot of repetition in order to build muscle memory. My masters swim coach, Becky, has been instrumental in helping the change to stick, which has been translating to faster times. For a long time now I’ve done most of my workouts “on 2 minutes” per 100 pace (4 lengths in most pools). For those not in the know, this means starting each 100 interval 2 minutes after the last one. If you come in at 1:50 you get 10 seconds rest, 1:40 you get 20 seconds rest, and so on. Multiply by two for 200’s, three for 300’s, etc. Even as I’ve improved over time, I’ve kept doing most intervals on this 2 min/100 pace, partially because it’s a round number and easy to remember when looking at the pool clock. In other words, laziness. I’ve just taken the few extra seconds rest over time, which is still only ~20 seconds or so on average per 100. Becky has forced me to do most of my sets “on 1:45,” which has been tough but good for me. Thanks to her I’ve also set personal best times for several distances. This morning at the end of my workout she had me do a 100 for time, and I came in at 1:15. That’s really fast for me, and it’s nice to see the improvement. 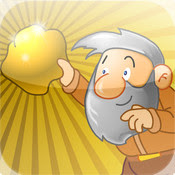 In other news, it’s been re-established that I absolutely cannot kick. My old masters swim coach in Wisconsin had me switch to a 2-beat kick because my old kick was, in his words, “slowing me down more than helping me.” I feel that the 2-beat kick is more effective at keeping my hips up and giving me a flatter body position in the water. Any forward propulsion I get is a bonus compared to flapping them around back there like I used to. Most importantly, it saves my legs for biking and running. So the 2-beat kick has been great, but it doesn’t mean I have a strong kick by any means. Becky told me to do 6x50 kick with a kickboard and no flippers. I had my head down in the water, gritting my teeth and kicking as fast and hard as I could, and it took forever, like walking up the down escalator. As I finally touched the wall, she came over shaking her head and said something along the lines of “I don’t know how you do it.” I interpreted this as “I know sloths that move faster than that.” Mercifully she had me stop after that one. No objection, your honor.

Email ThisBlogThis!Share to TwitterShare to FacebookShare to Pinterest
Labels: training