We're stoked to announce Cassie Whittington as a new member of the Triple Threat Triathlon team, representing the great state of Ohio. Cassie has always been an elite athlete, yet is still relatively new to triathlon. That said, she is scary talented... last month she finished near the pointy end of her AG at IM Chattanooga with a 10:56, despite a longest training run of 11 miles! 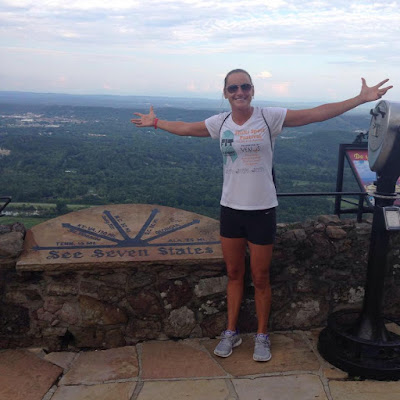 I grew up playing many sports, including basketball, tennis, track, and softball. This love of sports and wanting to learn how to excel in them led me to a career in sports nutrition. I graduated with a degree in Medical Dietetics from The Ohio State University and eventually started my own personal training and Registered Dietitian business.

While training a group of ladies for a local Tri for the Cure, I decided last minute to join in on the fun. I borrowed a bike and jumped in the race with zero bike or swim experience, but ended up winning my age group and becoming addicted to the sport!

How would you sum up your 2015 race season, and what was the highlight & lowlight?


2015 ended up being an amazing year for me. I started the season in extreme pain - this would be the lowlight! I did an early season indoor triathlon and somehow injured my left hip. The pain wasn't bad, so I continued and ended up making things worse! After months of physical therapy, dry-kneedling, massage, chiropractic work, ART therapy and rest, I still wasn't feeling good. This setback forced me to focus more on swimming and cycling, which was something I really needed to do anyhow. After an MRI came back showing no damage, I decided to still compete in Ironman Chattanooga. I was concerned about how it would play out since I was very limited in how much running I could do in training. The highlight was I finished that Ironman in 10 hours 56 minutes, well faster than my 2013 Louisville time of 12 hours and 12 minutes. 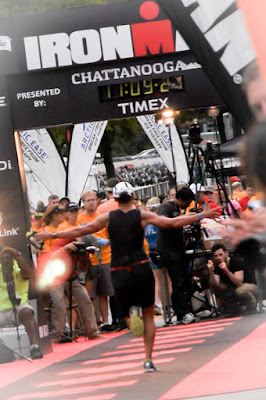 In 2013 I still was learning about triathlon. I didn't have much swim or bike experience, so honestly the biggest reason for my improvement was practice. I didn't take swim lessons, but I spent a lot of time in the pool and tried to swim once a week in the winter (that was hard this FREEZING winter)! I knew my swim splits had improved drastically, but I still did the same exact workouts from 2013, which were short and sweet repeats. I cycled more due to my running injury, and that helped tremendously. I did a few charity 100 mile bike rides, riding in a group for the first time in my life, and that made cycling more fun and pushed me to ride faster (I know I said charity, but I still wanted to ride FAST)...competitive nature!

You said your hip was bugging you most of the season, and your longest training run going into Chattanooga was 11 miles. What's your secret... how were you able to run so well off the bike with limited training?

I have always believed in more of a minimalist approach to training. I like hard repeats and short workouts. I like lifting weights the entire season. So I would say my secret was not over-training by not putting in long slow runs or rides. I have always been able to run faster off the bike in a triathlon than doing open road races. I would say this is partly due to being more of a strength athlete than a petite athlete, so the power is just there at the end. And as I stated before, I did run track and play basketball and tennis my whole life, so running comes more natural to me. Tons of volume for me is always a recipe for disaster. And taking a three week taper really improved how my hip felt. 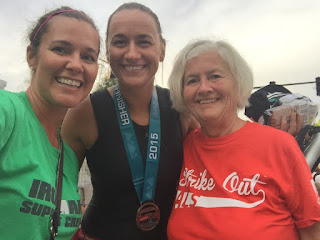 At this point have you given any thought to races/goals for 2016? Has your performance at Chattanooga boosted what you think is possible for you in the sport?

My goal next year is to try to get to 70.3 Worlds, because who wouldn't want to race in Australia?!? Having done well in Chattanooga definitely makes me more confident in my abilities to do so. I am still debating on which race to try to qualify in, but I'm focusing hard on New Orleans and Eagleman. I would love to race in the first Ohio 70.3 if I do not qualify for Worlds, but the two are very close together. I would also like to race age group nationals, as the Olympic distance is a distance I have seen much more success in and have better chances at getting to World's in, but I just love the challenge of the longer races. 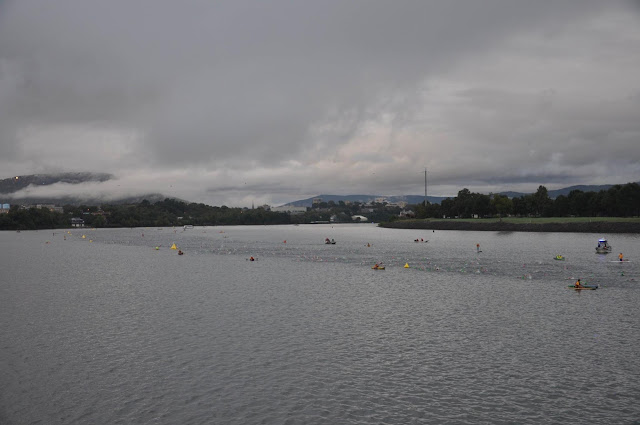 The only sport I have performed my whole life is running, so I use to think it was my strength and swimming was my weakness, as I only learned how to swim the last few years and I started out HORRIBLE. Going into Ironman this year, however, I felt very confident in my swim. I still have a ton to learn about swimming form, but it is one of my strengths now. And running has moved to my second strength, and I would list cycling as my weakness. I absolutely love cycling and love cycling fast, but I haven't seen the improvement in speed with learning cycling like I have in swimming. I have played around with my bike position many times, and I think after I figure my position out, I can really start to push my riding speed. It's not slow, but a few too many older women are passing me! :)

What do you do for your day job?

I am a personal trainer and Registered Dietitian. I own my own business which allows for great flexibility to train. I enjoy being an example of health to my clients. Being a good example really pushes me to perform at my best. 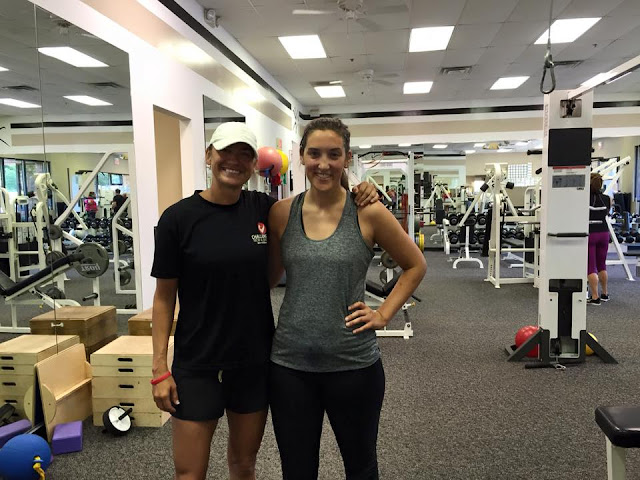 Have you been able to apply your career to your own training? What are some common mistakes you see people making?

I am such a nutrition geek when it comes to my own training! Being self coached for five years, I studied and learned as much as I could. Having a background in nutrition helps tremendously, because we all know how important that aspect is in training and recovery. I really feel like it gives me a step up knowing how to fuel for such a grueling training schedule. I see many people making the mistake of overtraining and under-fueling. This makes it impossible for the body to get stronger. And then there are the countless stories I hear about GI issues during racing, and I think this is lack of knowledge in knowing what nutrition plan works specifically for you. So individualization is key. It simply doesn't matter how fit you are going into the race if you don't understand how to fuel your body until the end. And the lack of strength training can really hurt you in the end. I am a huge believer in the benefits of strength training for triathletes.

What's the triathlon scene like in Ohio, and what are the pros and cons of being a triathlete in your state? 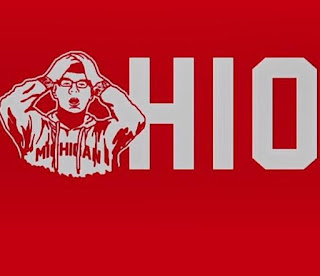 I think the triathlon scene is growing! There are a few triathlon teams in the area thriving, and a blast to see traveling the states competing. The cycling scene is large. There seems to be a bike tour every weekend in the summer you can jump in. This is the first summer I have gotten involved in the group rides and one of the local triathlon teams. It was great meeting other people in the sport and doing some group rides for the first time. I am still trying to get more involved in the local triathlon scene, as most of my interaction has been meeting people in the local gym pool. The addition of Ohio 70.3 in 2016 has people excited. So the pros are that there is plenty of support in the area for triathletes. The cons are the winter!

What spare time?!? I have a large family, four sisters. I spend a lot of time with them and my nine nieces and nephews, who if I have it my way will all be elite triathletes one day! I'm a huge Ohio State Buckeye fan, so Saturdays are always spent with friends tailgating for the football games. Or attending the basketball games or whatever sport is in season. The Columbus Clippers and Cleveland Cavs are a blast to watch too. Outside of that is hanging out with friends and being active when I can, whether that is swimming, biking, and running, or boxing, lifting weights, hiking or basketball when the tri season is over. 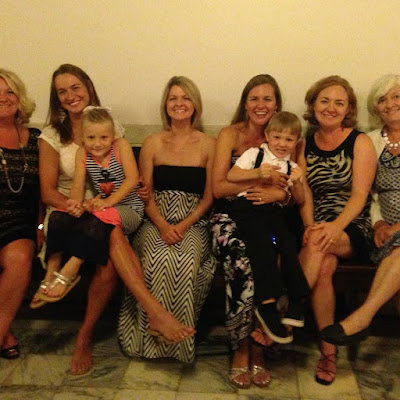