After a recent move, Chad Zeman now represents North Carolina on our national team. He also recently took the initiative of interviewing the founder of a fun, relatively new group known online as "Pathetic Triathletes." Personally I've been following them as well, and it's definitely been entertaining... for example, according to a guide someone posted today, my bike's name should be Colonel Trusty Flyer. Has a nice ring to it.

Triathlon is a sport where complete strangers can come together and instantly become best of friends – almost family. Whether getting into transition, body marking, or even out on the course, the camaraderie is something that I love about the sport.

Social media has allowed triathletes, or really anyone, to continue that new found friendship or bond past race day – especially Facebook. One person, Zach Rose, has done just that on Facebook with his Pathetic Triathletes Facebook group.

A page dedicated to everything triathlon where Age Groupers (or Professionals someday soon?) can discuss just about anything in an environment where there truly is no judgement (at least written) – terrible training/racing mishaps, life lessons, Oreo’s, and general Age Grouper to Age Grouper guidance. The group ranges from Kona qualifiers to those who are just looking to barely finish a sprint tri. I had the pleasure to interview Zach in this Triple Threat Triathlon exclusive! 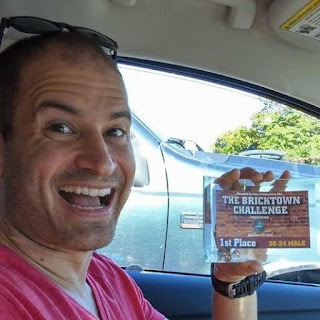 Triple Threat Triathlon (TTT): Can you tell us a little bit about the Pathetic Triathletes group? Where was the inspiration to start it?

Zach Rose (ZR):  I was getting tired of the other Facebook groups that can sometimes have a super serious vibe. It is understandable though - this sport has such a wide variety of experience levels, and there can be negative results by randomly throwing 10,000 triathletes into the same place if the expectations are not made clear up front. We created a place where it was all about elevating the lighter side of triathlon and for that matter, celebrating how ridiculous this lifestyle can be! We all love it and keep at it non-stop, but every single day there is something laughable that happens to each and every triathlete, even the pros.

TTT: The group is at nearly 2,100 followers! When you first started the group, did you know it was going to grow into what it is today? Where do you see it going from here?

ZR: We are actually at almost 2,600 as of today. I had a feeling that there was a massive gap on this side of the sport, especially since all of my tri-friends are goofballs (to say the least). After we got almost 200 members on day 1, I realized that there was something pretty cool about to happen. From here we are going to keep building the community and will be exploring some options outside of Facebook as well. There are already some shirts and stickers representing our focus on the fun side of the sport, and the members are really getting excited about it all.

TTT: There must be some “bad apples” that post/share/comment on status's, what are some challenges you see or face every day being an administrator to such a large group of people? 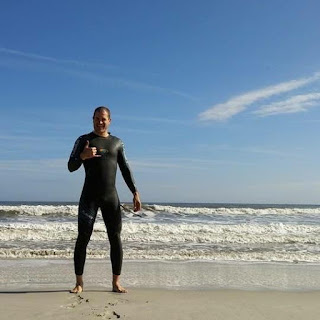 ZR: The group is really good at self-policing. Of the 3 or 4 people that have ever gotten banned, they were all brought to my attention by a member that flagged the post in question. The PTG (Pathetic Group) members treat this group like it is their creation, because in reality it is. When bad apples pop up, it is a direct threat on what we have all created together, so it is in everyone's best interest to get them out as soon as possible.

TTT: On the same thought, but different side of it –what have been some memorable posts/comments/shares on the page that you’ve seen?

ZR: The body transformations always have a strong impact - there was a post recently about someone who lost like 200 pounds training. Others are those that have ditched alcohol or drugs and now are applying their previously destructive patterns to super positive lifestyles. Also, the fund raising efforts are always moving, especially when people really put themselves out there and start to see great results.

TTT: You just gave away a Garmin 920xt to a lucky member – how did that idea come about? Should the members prepare for more give-a-ways?

ZR: Like I mentioned before, there are some products that the members are really digging into. I thought it only be appropriate to "give back" using the small margins on the shirts and stickers as a way to really engage with everyone. Of the 2,300+ members, almost 500 entered the drawing and the lucky winner was beyond appreciative. Even to see that over 200 people liked her thank you note to the group was such an awesome feeling. It really brought everyone together and attracted a lot of new faces to the mix. 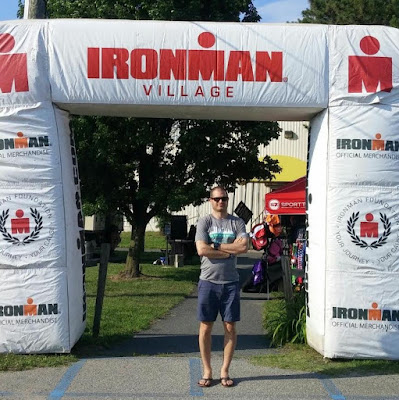 TTT: You’ve done some racing yourself, most recently Ironman Eagleman 70.3. How did that race go?
ZR: That race is coming up this Sunday and will be my first half, but leading up to this I've podium’d my last two races, both shorter distances. Training has been nuts for the half but I feel ready and can't wait to cross the finish line. I will most definitely be wearing my PATHETICs T-shirt!
*** Editor update: Zach raced Ironman Eagleman 70.3 and was the last sub 6 hour finisher at 5:59.54. He mentioned that his sauna training had “paid off big time” for his success.