Karin Langer is a swimmer turned elite triathlete who has raced at both the Ironman and Ironman 70.3 World Championships. Karin represented Wattie Ink as part of our recent Rudy Project article, but we wanted to showcase her more with this separate interview. Thanks for the time, Karin, and best of luck to you and your team this season!

What’s your background, and how did you get into triathlon?

I‘m a marine mammal; I swam my entire life. I never did any field/ball/land sports for long, but in high school I met a couple friends who were getting into triathlon. I loved looking at their bikes and their cool gear. I bounced around, living in Minnesota, Colorado, Pennsylvania, then swam at Carleton College in MN. My coach there came from triathlon, and he painted tri as a logical step after jumping off the competitive sports cliff of college swimming. I didn’t take to triathlon right away when I graduated, but in the back of my head it was a fun sport I could do as an “adult.” 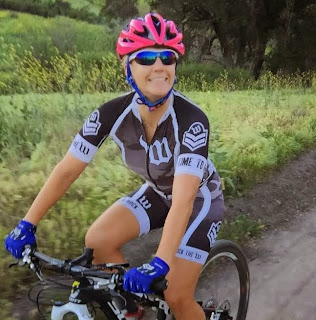 Collegiate swimming seems incredibly brutal to me. Did you enjoy it?

Swimming in college is basically the more hours the better, so 7-9 sessions a week and competing on weekends. Managing my time as a student athlete was one of the most challenging things I’ve ever done (editor’s note: you may not have heard of it, but Carleton is not for dummies). Also, morning practices were pretty difficult in those Minnesota winters. I thought about quitting, but the camaraderie of the team made me stay around. I loved spending time with them and I stuck with it. I’m glad I did.

So that explains how you swim so well... I was going to ask after I saw your ~60 min split at Kona a couple years ago.


Swimming is a lot of hard work for marginal gains. It frustrates a lot of people. I spent hours and hours staring at that black line in the pool, so it seems perfectly fair to me that I have an "advantage!" Finding the right balance and prescription in training is such an individual process. For my part, I need to figure out how to put more time into running without injuring myself. Everyone has a strength and a weakness.

When did you finally take the triathlon plunge, and did you have success right away?

Following a several year period in which I wasn’t really doing anything active, I decided that wasn’t for me anymore and that I needed to challenge myself. I started competing, and was pretty flabbergasted at how I took to the 3 sports, not just swimming. I had never really ran or biked before. It’s not like I was on the podium right away, but to finish something like 22nd at my first small race, I was totally pleased. I didn’t need any accolades, I was just happy to be competing. The swimming engine has helped me out.

You're now living in CA, correct?

Yeah, I moved here from Chicago ~2 years ago. I moved here for a dude (and current boyfriend). We actually met through Wattie Ink, and I decided I was done with Chicago. I miss the city but for what we do as triathletes, it’s great being outside all year. 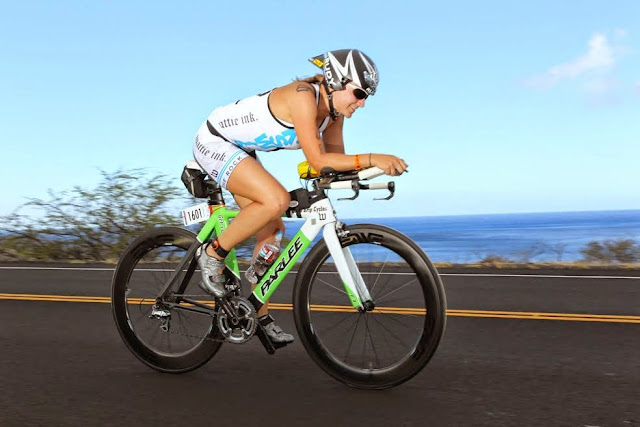 You recently met and rode with defending Ironman World Champion Sebastian Kienle... what was that like?

Kienle came to do a photoshoot with his sponsors for a Men’s Health type magazine in Germany. Pro triathlete Jordan Rapp put out a call saying if you want to spend the day with Kienle, this is your chance. It was a really cool afternoon. It’s funny because people can be intimidated by pro triathletes, but they’re just like us with their own fears, quirks, and personalities. Kienle was really nice, super goofy, and making jokes all day with a cute little accent.

What’s the history of the Wattie Ink team and brand?

So the name comes from Sean Watkins, who started Wattie Ink as a company in 2009 to basically be the Jerry McGuire of triathletes. He represented a number of up and coming pros, using connections to get them sponsors and to be successful. You can’t be great at this sport without great support. He’s really creative and a natural at marketing, and came up with the concept that he could help age group athletes get sponsorships and that they in turn would help sponsors and bolster his stable of pros. So we as amateurs got to know pros such as Heather Jackson and others who he repped, and we created a reputation around them by talking about them and building name recognition. It’s really a symbiotic relationship between pros and amateurs.

The Wattie Ink team began in 2012, and it’s grown from 50 in 2012 to ~150 now. Initially it was a national team with a heavy SoCal concentration, but as people moved, recommended friends, etc, we are now more geographically diverse as a team.

Sean always wanted to turn Wattie into an apparel brand as well, and that’s what he’s eventually done. He found partners and investors, bought a factory in San Diego County and started manufacturing gear. They're fantastic, high quality kits, all made in the US, so it's awesome to be a part of. Wattie casual gear is also really nice.

So this picture sums up my first exposure to the Wattie Ink team… is there some kind of requirement to be on the team?

That is funny. They had a bikini team in 2011 in Kona as a marketing campaign. Everyone was taking pics of the W, wondering what it was. It got some name recognition for the brand for sure. A month later team applications came out, but I was like “dude I don’t look like those girls, it’s a long shot, but let’s go for it.” The team is about family and fun relationships whereas that was marketing. It's mutually exclusive. 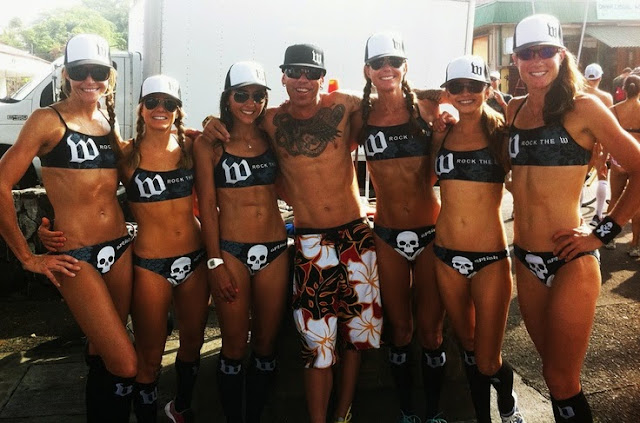 I love your site, wattsupkarin… how did that come to be?

I’ve had the blog since 2012 when I joined Wattie and when I was preparing to head to Kona. I qualified at Ironman Wisconsin in 2011 for 2012, so I had 13 months to prepare. I kinda wanted to document that process and have a forum for thanking Wattie and the people who supported me. Trying to make people laugh at me makes me happy, too.

How has the season gone so far?

My biggest race so far was Oceanside 70.3. I was really nervous for it, as it’s kind of the unofficial kick off race in North America. Big names are there, lots of brand ambassadors, the expo is huge, etc. In some ways it feels like a mini Kona. The race went way better than I expected, so that was great. I put my head down on the bike and powered through without any idea where stood. Ultimately I got nipped at the line for the AG win by 22 sec. There was a little heartache from that but overall I was stoked with the result.

What are your goals for this year and the future?

I’m going back to the full-Ironman distance and am hoping for the best. I would love to go back to Kona, repping Wattie and showing off my hard work since the last time I was there. That said it’s not easy to get there, and I’m not counting any chickens in advance. It’s getting harder and harder to qualify; it’s just a different game every year. I actually spectated the last 2 years, and it was a lot more fun to enjoy Hawaii and watch everyone else suffer. Every triathlete should experience Kona at some point whether racing or spectating. I’m doing 2 IMs this year, Lake Placid (in July) and Wisconsin (in Sep). I’m looking forward to both for different reasons. At IMLP there will be many teammates racing, whereas Wisconsin is where I KQ’d (Kona Qualified) in the past. It is an awesome venue.