I had the opportunity to spectate at St. George 70.3 on Saturday. Although there were certainly times when I wished I was racing instead of cheerleading for my wife and others, overall it was a ton of fun. I have to say, the highlight was definitely sitting in the shade with some delicious Mexican food as a parade of age groupers slogged up a hill. Another highlight was watching the pro race unfold, which was especially cool after getting the chance to meet many of them a couple days before the race. Our site was contacted by Ironman as part of the "media" for this race, and as our representative there I got some extra time to chat with the likes of Tim Don, Brent McMahon, Tim Reed, Leon Griffin, Trevor Wurtele, Tyler Butterfield, and Maik Twelsiek on the men's side. On the women's side I met Heather Wurtele, Meredith Kessler & Rachel Joyce. Ironman World Champ Mirinda Carfrae was there, but she was getting mobbed and I missed speaking with her.

Every single one of the pros I met was sincerely awesome to talk to. Similar to other opportunities I've had to meet pros, I was really impressed. It seems to me that Ironman is taking steps in the right direction to better market their top pros, which is encouraging, but there's still lots of room for improvement. One positive thing about this race was the relatively decent payday, with a $100K total prize purse and $20K to the winners.

Anyways, here are some pictures from the race, along with the Top 15 results and official press release: 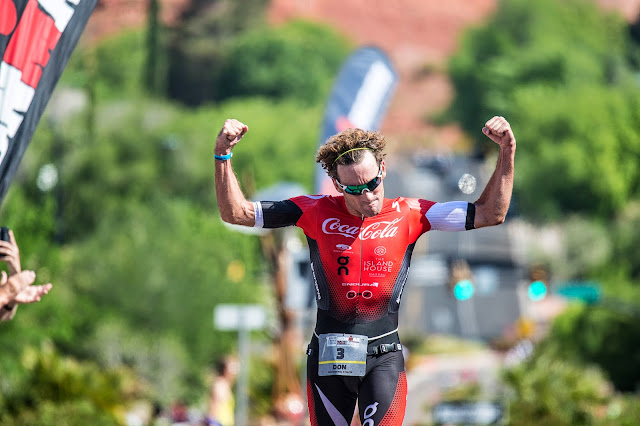 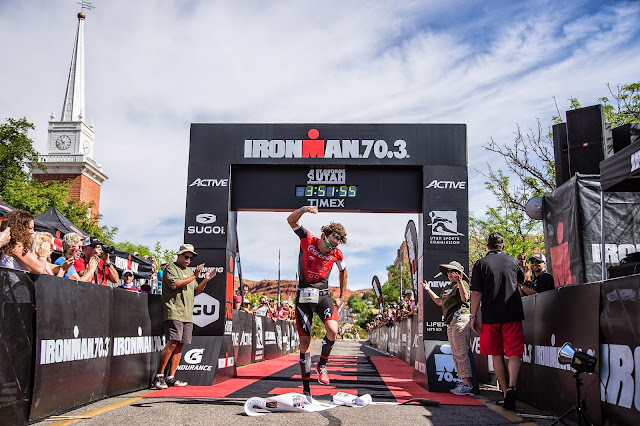 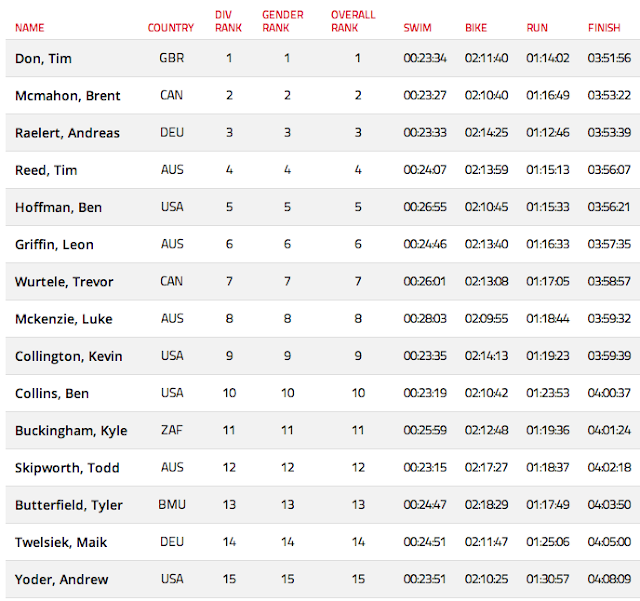 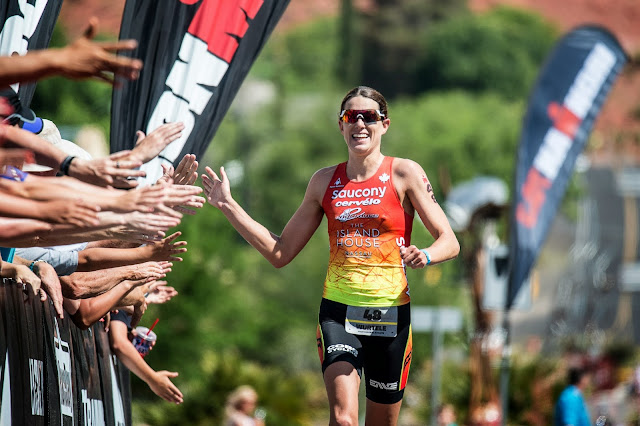 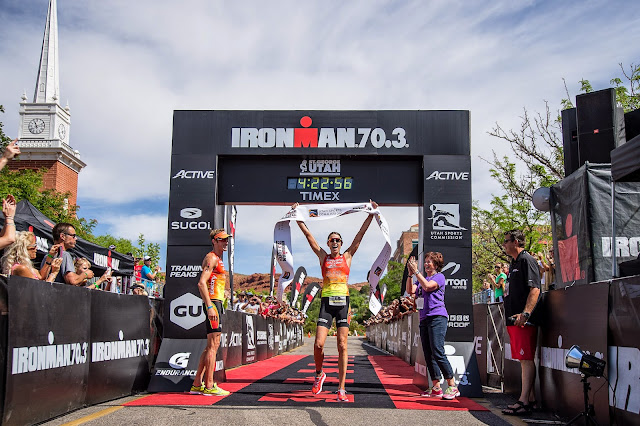 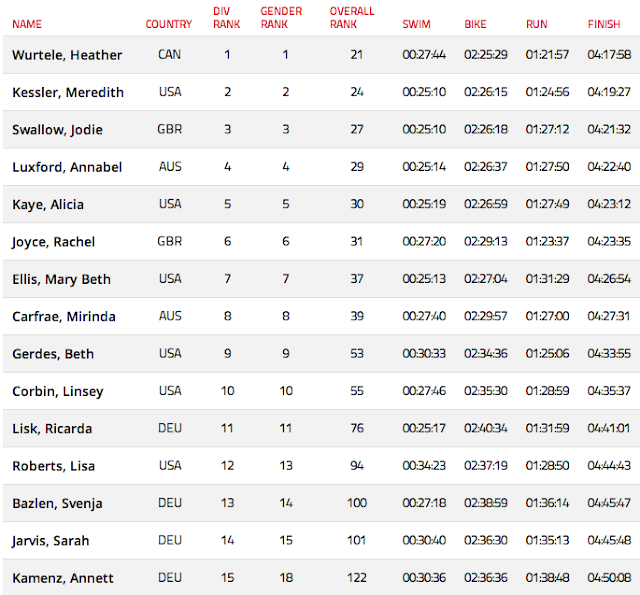 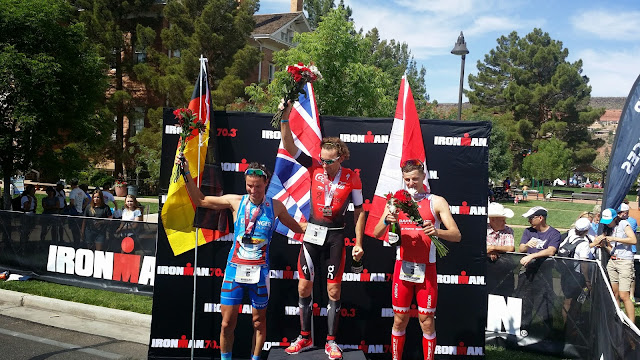 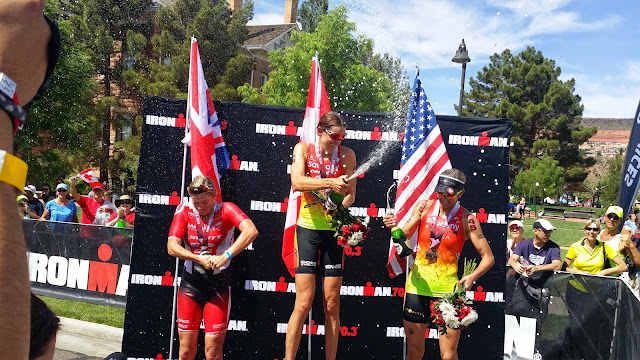 Todd Skipworth (AUS) and Jon Bird (CAN) led out of the water after recording 23:15 swim times. A group of 11 men that contained the top contenders were less than minute off the pace and included Ben Collins (USA), Brent McMahon (CAN), Andreas Raelert (DEU), Tim Don (GBR) and Andrew Yoder (USA).

Once on the bike Collins, McMahon, Don and Yoder worked together to put distance on the field. Thanks to the fastest bike split of the day, McMahon was off the bike first and was accompanied by Collins as the lead pair entered T2 within seconds of each other. The pair managed to put Yoder and Don in the hole, as Maik Twelsiek (DEU) powered towards the front of the race and dismounted the bike in fourth, looking at a 2:47 deficit to overcome.

Out on the run course, McMahon ramped up his speed, resulting in Collins, Don and Yoder slipping back in the early miles. During the closing half of the race, Raelert ran his way through the field and was gaining time on the leaders. Don pulled away from the men in the end and went on to capture the 2015 IRONMAN 70.3 North American Pro Championship St. George title. McMahon took second while Raelert stormed the run course and worked his way into the final podium placing.

Meredith Kessler (USA), Jodie Swallow (GBR), Mary Beth Ellis (USA), Annabel Luxford (AUS), Ricarda Lisk (DEU) and Alcia Kaye (USA) exited the water all within ten seconds of each other as they ran into T1 to start the women’s race.

Once on the bike course, Kessler, Swallow, Luxford and Ellis pulled away from their competition along with Wurtele who laid down a race best time of 2:25:29 for the bike. Swallow and Kessler dismounted their bikes together, with Luxford Kaye and Ellis all less than a minute off the pace. Wurtele’s impressive bike garnered her the fourth position entering T2.

On the run, Kessler put some distance on Swallow in the early stages as Wurtele picked up her pace to pass Luxford and Ellis. Nearing the halfway point of the course, Wurtele took the lead and crossed the finish line to claim the 2015 IRONMAN 70.3 North American Pro Championship St. George title with a time of 4:17:58. Kessler was next across the line to take second with a 4:19:27 finish time, while Swallow finished off the podium with a time of 4:21:32.

Offering a total professional prize purse of $100,000, the race also awarded a total of 30 age-group qualifying slots for the 2015 IRONMAN 70.3 World Championship, taking place in Zell am See-Kaprun, SalzburgerLand, Austria on August 30, 2015.