Micah Noland was once a young buck pitching in multiple College World Series and playing professionally in baseball's minor leagues. That said, several years later Micah is now "in the best shape of his life" thanks to swimming, biking, and running. Micah was a recent addition to the Triple Threat Triathlon team, and is a terrific ambassador of the sport for both his Jr. High students and local community. 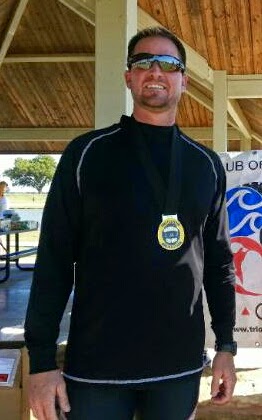 When my playing career in baseball ended in 2000, I started jogging and getting in shape to run the Walter Payton 5k in Chicago. I showed up at the starting line and there were 840 people. I just didn’t want to finish last, but somehow ended up 64th overall with a 21:45. I befriended a local bike shop owner in Chicago who set me up with a bike. I started doing duathlons and finished 3rd in my age group at the Duathlon State championships for Illinois and Indiana. From there I eventually added swimming to get into triathlon.

Tell us some more about your baseball career... did you enjoy life in college & the minors or was it a stressful time of constant travel and always trying to make it to the next level?

I got a scholarship to play at Cowley Junior College in Arkansas City, Kansas. I played there for 2 years and got another scholarship to pitch for Southeastern Oklahoma State University. There I got the chance to pitch in 2 College World Series and 2 National Championship games. My best 2 years of college were definitely my 2 years of Junior College… 25 guys living on the same floor, and we are to this day very close. As far as my pro days, I treated every day as if it were my last. I was not the greatest talent; I got by on hard work. I took pictures of all the stadiums and enjoyed every minute. I knew I was never going to make it to the big leagues, so I treated the minors as if it was my Major League and was very proud to ride the buses and play in front of a few thousand fans. 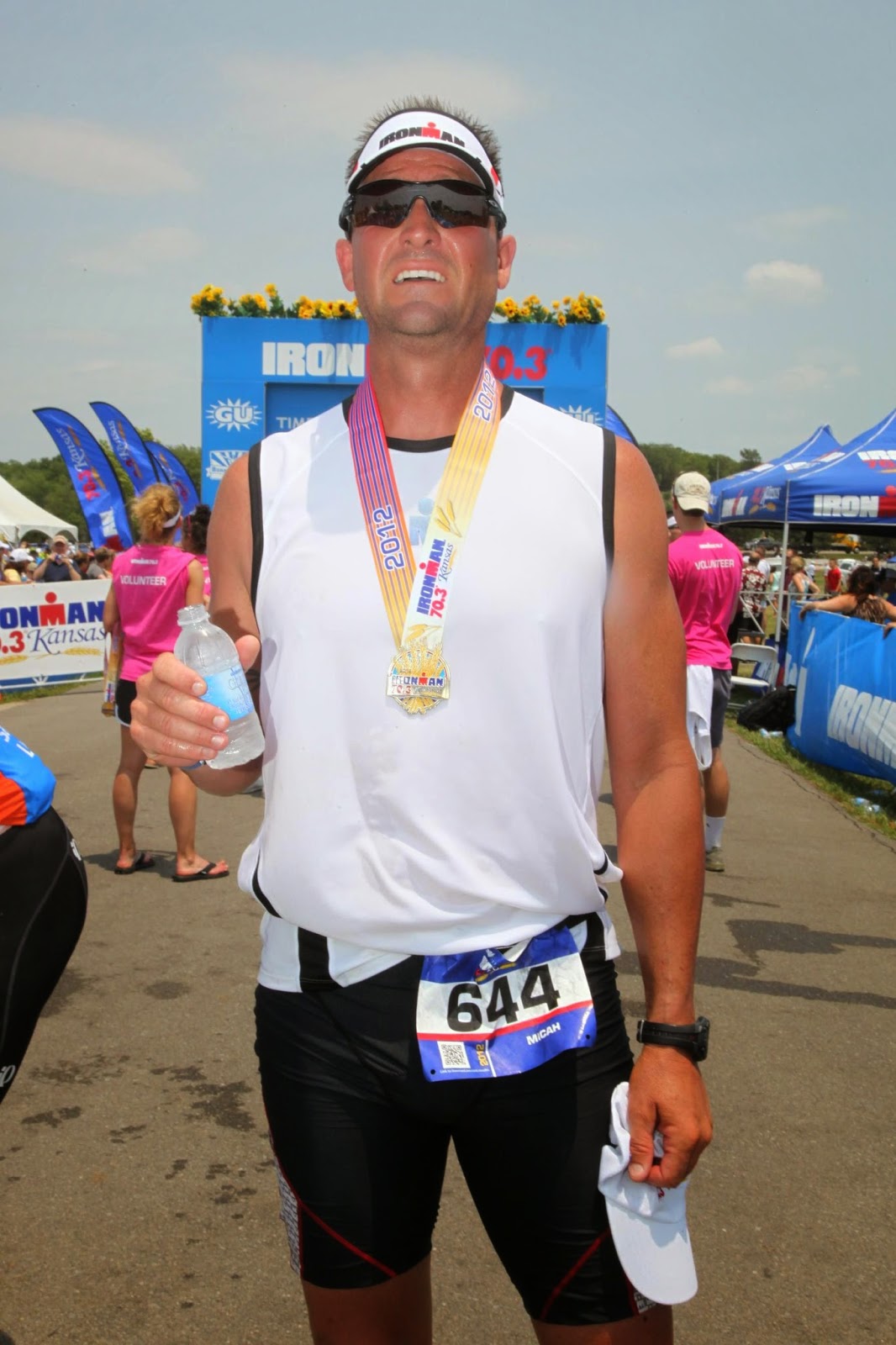 How would you sum up your 2014 race season, and what was the highlight & lowlight?

I have been back in school, working 2 jobs since the summer of 2013 so I really have not focused on a big race since Ironman 70.3 Kansas 2012 and the Redman 2012 National Long Course Championships. I would have to say my highlight was winning the Oklahoma State Championship Duathlon for my age group. My lowlight would have to be not competing in a “big event.”

I am doing the USAT Duathlon championship series and accumulating as many points for USA Triathlon as I can for the season long ranking system. I will graduate in May with a second degree, this one in Occupational Safety and Health. I plan on doing the Redman National Championship ½ Ironman distance triathlon and trying to qualify for the World Championships held at Lake Hefner in Oklahoma in 2016.

As you’ve mentioned, in addition to tris, I know you've had a lot of success at duathlons... I've personally never done one. Explain to our readers the format of a typical duathlon, and what is your strategy for those races?

I have done all distances of duathlons. My first year of the Oklahoma State Championships I did the F1 series, which was a 2 mile run, 10 mile bike, 2 mile run, 10 mile bike, 2 mile run… probably the hardest race I have ever done! Each event is short and intense; you go all out the whole time. I finished 2nd in my age group that year (2012). I have done the shorter distance the past 2 years, just a 2 mile run, 10 mile bike and 2 mile run and have won the Oklahoma State Championship in my AG both years. My strategy is to stick to your game plan on the first run. Some people take off way too fast and you think to yourself you should keep pace with them… have the confidence to know yourself; don’t overdo it. I hammer the bike, that is my favorite, and I leave it all on the line in the final run. Elastic laces are a must; with the 2 transitions it makes a big difference. My first duathlon this year in the series is a 5k run, 25k bike and 5k run. 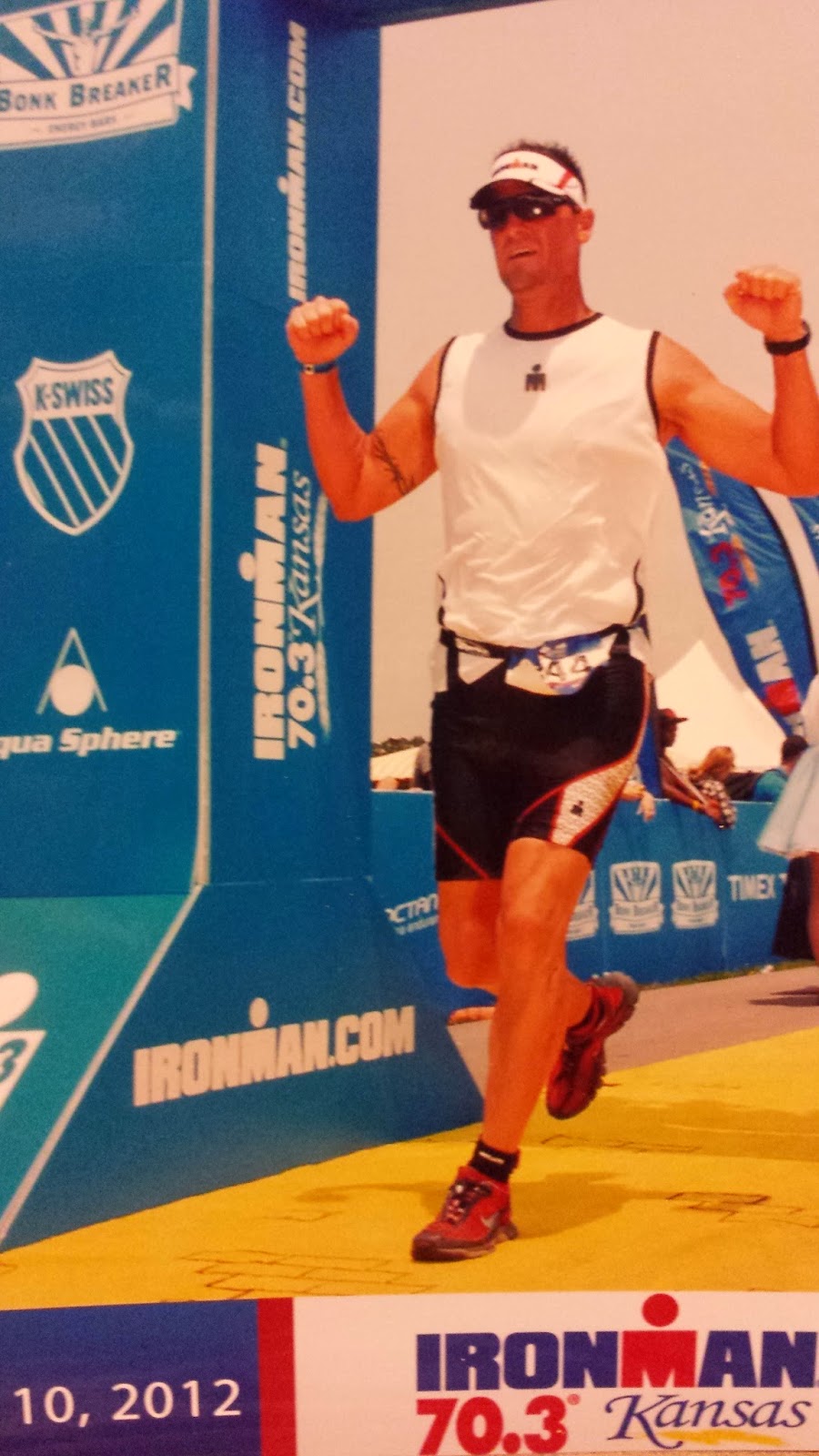 Looking only at that Kansas 70.3 race, it would appear that your biking and running are fairly equal versus the field, but swimming is a weakness. How would you rank the 3 disciplines from strength to weakness as of today, and how is progress going with your swim?

Kansas was my first ½ Ironman ever and it was ridiculous. The swim portion was almost cancelled. 1200 people entered the water and only 800 and something came out. I have not had a swimming background; I did most of the swim with a “Navy Sidestroke,” not fast, just an efficient method I learned from a guy in the Navy during training. I did a ½ Ironman called the Redman Triathlon 3 months later and improved my time by 34 minutes, 8 minutes alone on the swim, where I was able to swim regular freestyle the whole way. I never really swam growing up and just started truly training on the swim when a fitness center opened 4 miles from my house about a year ago. I love it now, and swam my most yardage ever for a week during our recent East vs. West team swim challenge, getting in 12,000 yards in 8 days.

Speaking of that Kansas race, it seemed like a cool venue, but I can no longer find it… has it been cancelled? What are the biggest races in reach of you? 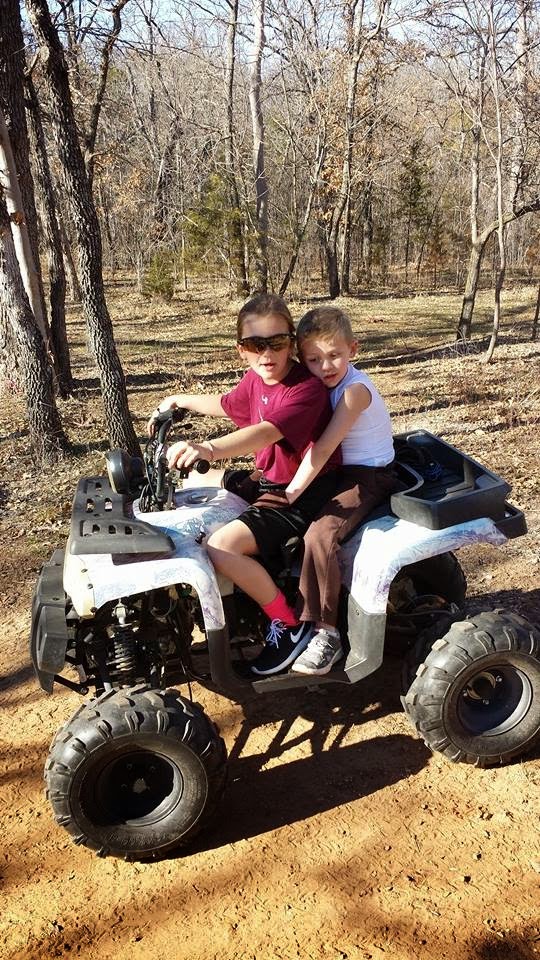 Yes it has been cancelled… they host a 5150 race (Olympic distance) there now. I guess Ironman Texas and Buffalo Springs 70.3 in Lubbock would be the next closest Ironman events. Redman Triathlon is a ½ Ironman distance that is an hour away and will be the National Championship Long Course Triathlon and host the World Championships in 2016 for those who qualify. I qualified in 2013 for the World Championships from Redman, but it was in France and I passed.

You've posted some fun workouts, such as chasing your daughters on a mountain bike, etc. What do they think about your triathlon obsession?

We have a National Park 8 miles away with awesome biking and running trails, and I spend as much time as I can there. I have my daughters every weekend, they are 7 and 9. I try to stay as active as I can when they are here. My favorite thing to do is to chase them while they are riding their bikes, and I get a good 10k in around the lake trails. They have been into 4 wheelers lately so I chase them on my mountain bike. Can’t take the weekends off from training but family is the most important.

What's triathlon like in Oklahoma, and what are the pros and cons of being a triathlete in your state?

We have what is the largest triathlon club in the U.S. in Tri OKC. That being said I live over an hour south. I love going to their events; they do an awesome job. No one does this triathlon insanity where I live. People do not look out for bikes and dogs are a big problem. I do most of my training in the National Park where there is a strict speed limit and no dogs. 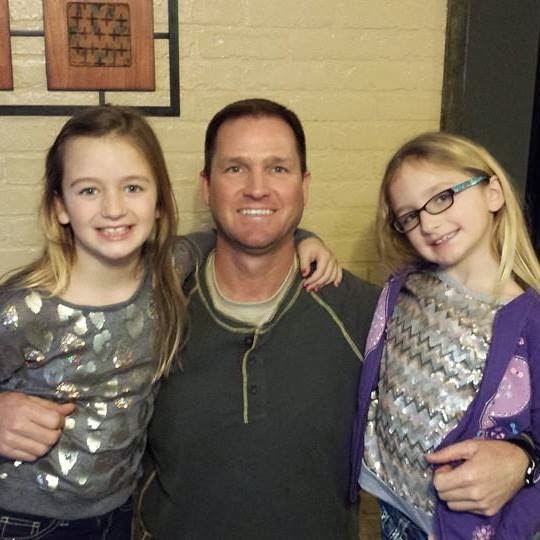 On that note, as a teacher living in a more rural part of the country, I know you feel a responsibility to be an ambassador for swimming, biking, and running in your area for both kids and adults alike. How do you try to do that in your classroom and local community?

We started the “HOOT” tour in the hills of Oklahoma this past year. In our first year we had 125 riders. I really believe that will at least double next year… so much positive feedback. We have a beautiful venue that is so much safer when riders are in numbers. Local company the Chickasaw Nation is promoting tourism in our area and reached out to me because I was the only local to ride the 100K distance. We filmed a commercial promoting the area and the HOOT tour, which will be airing soon and I will post to the Triple Threat Triathlon Facebook page. I try to lead by example and not say too much… I want to promote a lifelong sport to my kids that I teach and to my own children. I show them Ironman inspirational videos once a week and let them know they can do impossible things. I was about the 21st fastest guy on our 25 man roster that went to back-to-back National Championships for baseball; I would race any of them today in a 5K and guarantee I would be first! I am 42 and in the best shape of my life. I want my children and the kids I teach to understand that “anything is possible." 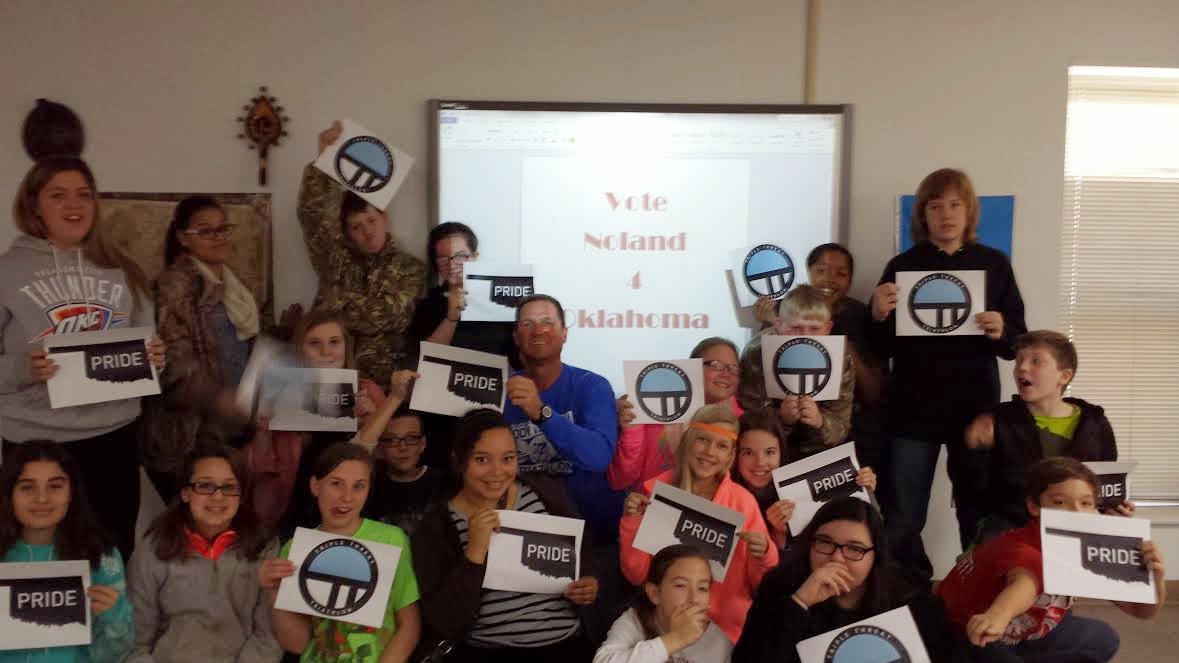