Stewart Nixon (repping CO on our national team) is a recurring columnist on the Triple Threat blog. He's been a triathlete for 25+ years, and has a ton of knowledge on the sport. This is his first official product review on the blog, for the sleek and sexy Roka Maverick Pro wetsuit. Thanks Stewart!

My very first wetsuit was a short sleeved Aleeda with zippered ankles, making wetsuit removal quite convenient. Since then I've raced in full suits by Ironman Wetsuits, which morphed into the Blue Seventy brand. Since my first fullsuit, I have only owned fullsuits. Personally, I feel you are at a disadvantage if you don’t use one. Wetsuit technology has changed quite a bit since my first Aleeda, so when it was announced that Roka was going to sponsor us, I did some investigating into who they are. Being a swimmer myself, I always like it when swimmers are at least asked to provide input about new product development. It’s even better when they make the design themselves. Enter Roka Sports. I had a pretty good feeling their wetsuit was going to be nice, really nice.

I received my Roka Maverick Pro wetsuit on the Friday before Age Group Nationals, and since I had to drop out of Nationals (due to injury), that meant I had it in my hot little hands instead of being on the road. I ended up going camping with my family at Turquoise Lake in Leadville, CO that weekend and brought the Roka along. 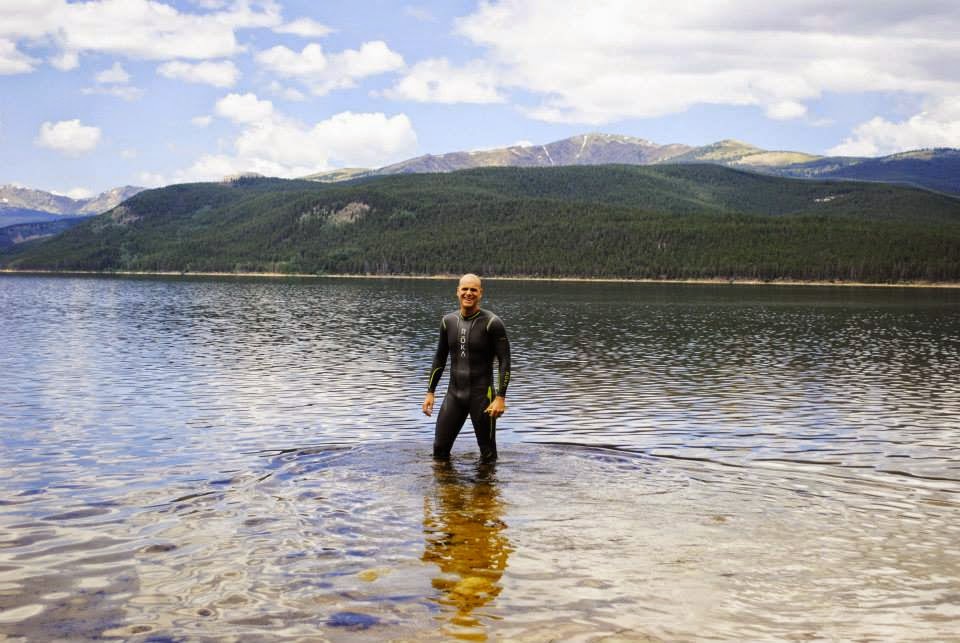 After opening the box, the first thing I did was compare it to my old wetsuit (B70 Helix full). What struck me immediately about the Roka is the suppleness of the thinner panels compared to my old suit as well as the fact that they seemed thinner on the Roka. One of the points Roka touts is shoulder fatigue and how their suits would help reduce it. I could tell straight away that this was going to be true. In fact, the whole chest region utilizes this more supple neoprene with a center strip of thicker rubber over the sternum. This is opposite of what my old suit has. Directly below that is a section of thicker neoprene down to about the waist area where the thickest neoprene extends to the bottom of the suit. I also noticed the thinner panel around the achilles tendon area of the legs. Who struggles with getting your wetsuit off your heels in transition? This is supposed to reduce or eliminate that struggle. More on that later. Turning the Roka inside out, I investigated the stitching. The stitching on the seams of the Roka are much tighter and beefier than on my B70 and the zipper is held in place with a zig zag stitch instead of a straight stitch. I really like the fact that the Roka is a bottom up zip in instead of a top down; I never really got used to that method.

Putting the suit on was no more or less of a struggle than what I am accustomed to. But here is a tip for putting on any wetsuit; use a pair of surgical gloves so you won't get those half moon fingernail rips. One thing I did struggle with was the cuffs. They are quite a bit tighter. So much so that I had a bit of trouble when taking the wetsuit off, but I imagine they may loosen up a bit over time. I also noticed that the catch panel on the Roka was not as long as on the B70, although some studies have shown this to be irrelevant for performance. My height and weight put me at the upper end of a medium, which is what I ordered. My build (long torso, classic swimming/track sprinter body of broad shoulders/chest, narrow waist and thick thighs) always has me questioning my choice. Everything fit well with no pulling or binding in the neck and shoulder region.

At 10,200 feet, Turquoise Lake is COLD, even at the height of summer and last weekend was no exception. However, throughout the whole of my swim, the Roka kept me cozy. Once my feet left the bottom of the lake and I was in a prone position, I immediately noticed how much more buoyant my legs were. I initially felt that this might affect my body position once I started moving but this was not the case. I did feel like I was riding higher in the water compared to old suits. Roka talks about how their design allows more effective body rotation. Let me tell you, this is true. My stroke definitely felt more natural in this suit compared to my B70. As I kept going, I also noticed that there was less restriction in my shoulders. Another thing to note was no restriction in the chest region either. The suit mostly felt like a second skin and not an additional layer. Water entry was VERY minimal and with the fit of the suit, quickly exited out the legs. My final test as far as shoulder range of motion was to swim a little butterfly. One word, effortless.

Taking off the suit was as usual. I was a little concerned about the wrists and how tight the fit was there. I suspect that this will become easier over time and with practice. I do like the thinner panel at the bottom of the legs to facilitate removal over your heels.

I am extremely happy with the Roka. The fit is spot on, the design characteristics they have incorporated make sense, and the suit feels darn fast! This is simply a great product.