Following my mystery injury from late June, I’ve spent the last several weeks gradually nursing my leg back to life. In addition to some sciatic nerve issues, I also had some tendon/ligament pain in my lower leg that took a while to heal. Thankfully the two biggest races on my schedule this year were both early season (St. George and Boise 70.3), but I still obviously wanted to get back to 100% ASAP. I’ve been digging deep into my bag of tricks in an effort to fully recover: stretching consistently, icing daily, busting out the foam roller, a heat pack before running, seeking out softer running surfaces, etc, etc.

Thankfully the only race I had to DNS (first ever) was a 10k trail run in July that was on the schedule just as a fun training run anyways. The last couple weeks I’ve been feeling 95% or so, and the Jordanelle Olympic, not far from Park City, was a big test to see how I’d hold up in the heat of the battle. Jordanelle is one of the toughest courses on my local scene, with a 12 mile low-grade, but steady incline section on the bike and an up and down run course on roads and rugged trails. In theory it’s a course that suits me, but for my leg’s sake, going into it I wished it was pancake flat. 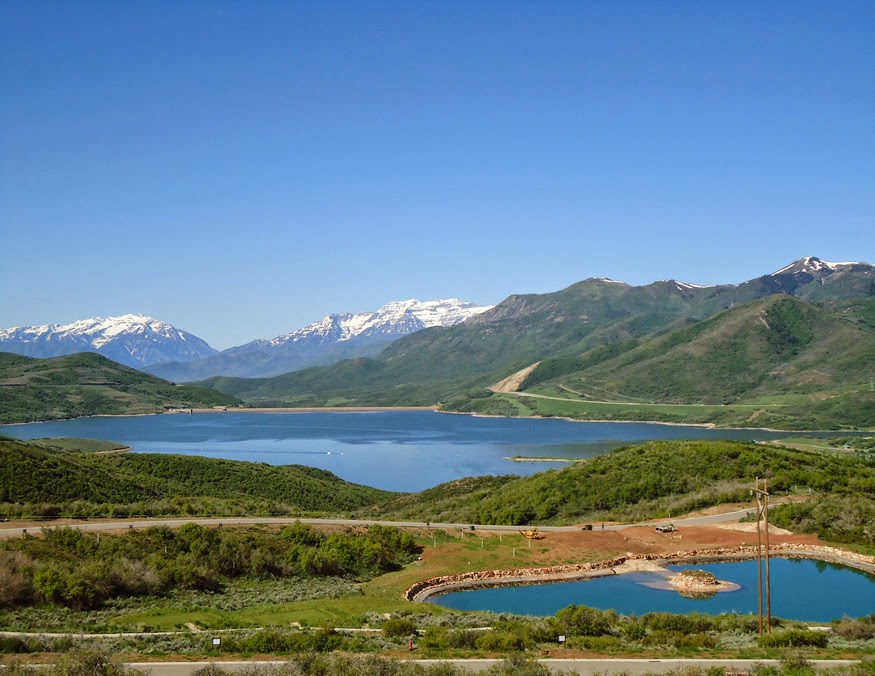 The swim was largely uneventful. My right shoulder (actually more my “trap” muscle) has a tendency to tighten up from time to time. It did at this race last year, and this year to a lesser degree as well. To make a long story short, in the very near future I will be switching to a Roka wetsuit, but I haven’t been able to yet. In addition to winning numerous awards for “Best Overall Suit,” Rokas are known for being extremely comfortable, especially in the shoulders and arms… from everything I've heard and read, this allows for maximum range of motion and helps shoulder fatigue. Surely there are things I can do to mitigate the pain on my own (warming up more, etc), but I can’t wait to see how my Roka can help in future races.

As a side note, halfway through the swim I randomly thought of Hawaii teammate David Wild’s comment “if a leg is in my way I will clobber it like seaweed. I will draft you until you can’t stand the tickle on your toes any longer” and literally laughed in the water.

After a sizable run to T1, I set out on the standard 40k/ ~25 mi Olympic distance bike course. A few miles in I made a disturbing discovery, realizing that the 1986 Erasure classic “Oh L’Amour” was running around in my head on repeat (I did some post-race research to get my facts straight). The cause of my trouble was watching an episode of the absurd but often hilarious show Portlandia a couple days prior in which Fred Armisen does a memorable performance in a canoe choreographed to the song.

I shook my head and tried to channel some Rage Against the Machine or other eye-of-the-tiger inducing theme songs, but a few seconds later, without fail…..

Other than that the bike was fine; a good kind of hurt. My knee starting acting up a little towards the end, and I knew the looming run would be a much bigger test. 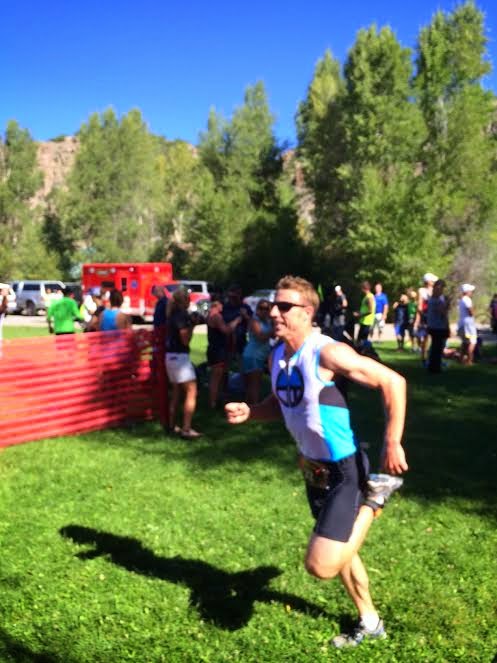 Some races you find yourself in several mini-battles, running side-by-side with people, etc, but at Jordanelle I was pretty much running my own race. My legs were pretty spent, but I was elated how non-injured I felt. I noticed a 13-year old kid doing the sprint race, visibly hurting up a hill. One thing that’s great about TriUtah races is that kids 18 and under only pay $30 to race. Love that. I gave the kid a fist bump and said something like “Keep telling yourself you can do it. You're almost there!”

With less than a mile to go I spotted a guy in my age group on the horizon… I pride myself on being mentally tough and closing strong, but still thought “ahhh, crap, this is gonna hurt.” I figured I could catch him if I wanted to badly enough, and knew I’d regret it if I didn’t. Around that time a guy went past me, and I stuck to him to help bridge the gap to the first guy. We soon approached, and I settled in for a few seconds before being sure to make a strong pass by both. I held them off, but the finish line on some park grass was definitely a welcome sight.

I thought my late pass might be enough for the age group podium, but alas, faster dudes than me showed up and I finished 4th. Overall I was very happy just to be racing again, in addition to a good solid race.