As a follow up to presenting the Ironman Bracket Challenge, I thought I’d share my picks on the blog.

Lots of these were really tough, and I definitely wavered on a few. Of course there are no right or wrong answers, but here were some that might be considered “upsets”:
(1st round) IM Chattanooga vs. IM Lanzarote:
Lanzarote, held in Spain’s Canary Islands, is the much sexier pick. However, it’s possibly the toughest course in the world. When I envisioned myself at the start line of both, being at the inaugural Chattanooga this year seemed like more fun. Triple Threat team members Gina (VA) and Amy (IN), I will live vicariously through you!
(1st round) IM 70.3 Steelhead vs. IM 70.3 Hawaii:
Likewise, rumor has it Hawaii is more popular among tourists than Benton Harbor, MI. However, Steelhead was my first 70.3, in 2007. I was severely undertrained, especially on the bike, and I had in-depth conversations with my legs during the run, yelling at them that they were not allowed to walk (I didn’t walk a step, but would have been almost as fast had I done so). At the finish line I was quoted as saying “that was the hardest thing I’ve ever done.” Would love to go back. 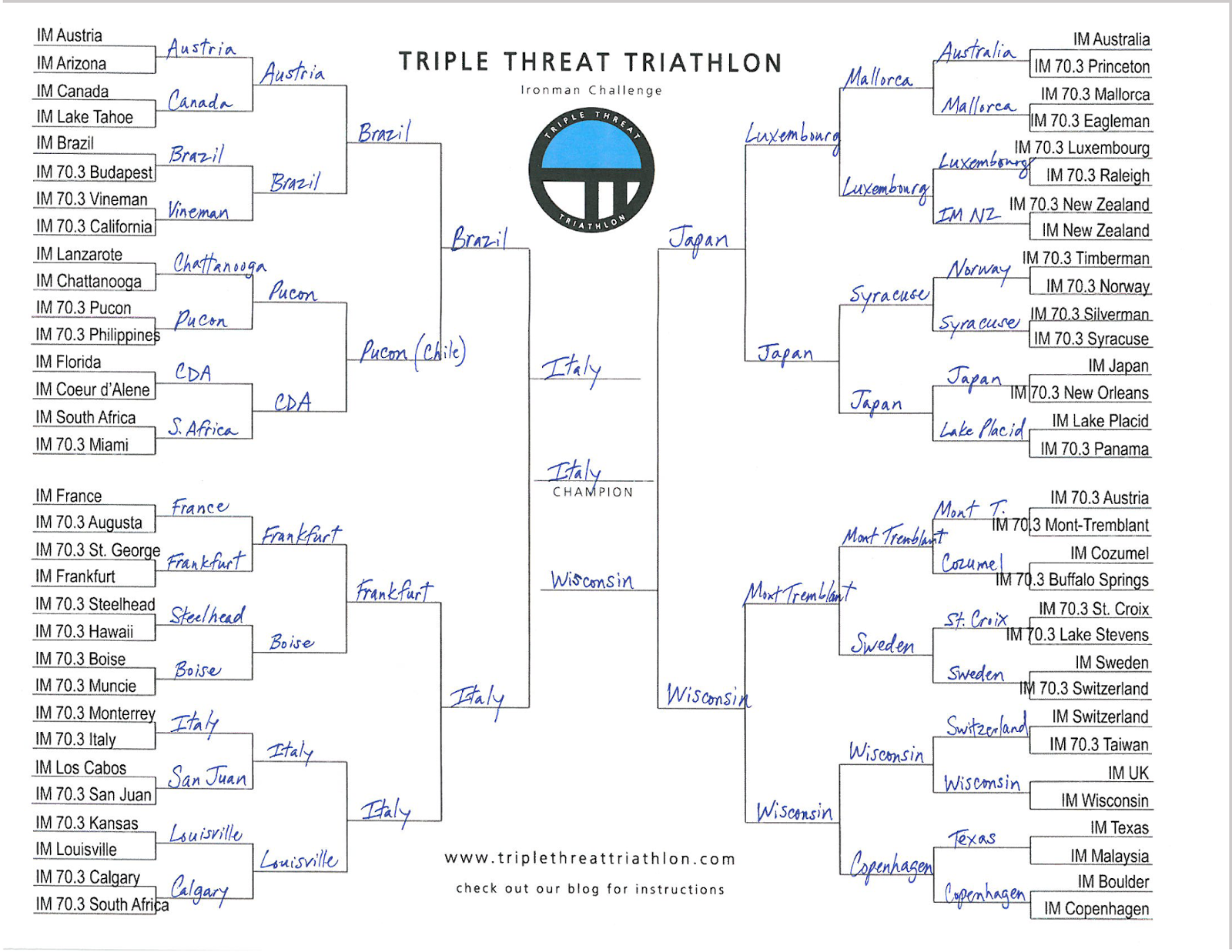 (1st round) IM Texas vs. IM Malaysia:
Malaysia is clearly the more exotic choice, but Texas is more appealing for some reason.
(2nd round) IM Coeur d’Alene vs. IM South Africa:
ditto
(2nd round) IM Louisville vs. IM 70.3 Calgary:
I don’t know a whole lot about Calgary, but I’m assuming it’s more scenic in terms of a venue than Louisville. But I grew up 2 hours north of Louisville, and this would be a good excuse to go back to the old stomping grounds. This August race is notoriously hot and humid, but I say bring it on! 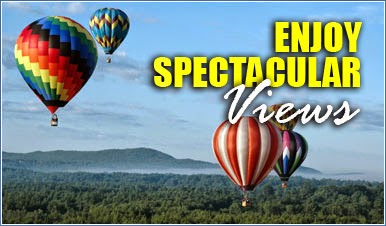 (2nd round) IM 70.3 Syracuse vs. IM 70.3 Norway:
When I really thought about it, you know what this one came down to? The stupid hot air balloons they use in marketing the race! What do hot air balloons have to do with the race? Nothing, of course… but they make it seem cool.

In the later rounds, races made deep runs for various reasons.
Pucon (Chile) advanced all the way to the Elite 8. My parents actually lived in Chile for a few years and I visited once, including a trip to Pucon. It’s a beautiful area and has a stunning volcano that we hiked while there. It was really tough btw… the tour Sherpa guy leading us promised ample breaks, but that was a bold-faced lie. Sledding all the way down made it worth it though!

Mont Tremblant (Quebec) made a similar run to the Elite 8 due to it being such an amazing venue from everything I’ve heard.
Brazil & Japan made it to the Final 4 solely for being exotic locations. I’ve never been to Asia, which makes racing in Japan appealing. Brazil seems like it would be a lot of fun, equal parts party and race.
The biggest “upset” for someone looking at my bracket would have to be Ironman Wisconsin defeating IM UK, Switzerland, Copenhagen, Mt. Tremblant and Japan en route to the finals. IMWI is a stellar race, but this was largely due to sentimental reasons. I moved to Milwaukee in 2005, when I was still fairly new to triathlon (did my first race in 2003). I learned about Ironman Wisconsin in Madison and decided to check it out. I arrived just before the swim start, and was blown away by the magnitude of the event. It was an unusually hot September day, pushing 100 degrees, and I admired everyone who was out there racing. That doesn’t mean I was sold on the idea… a lady collapsed on the run course, and as the ambulance came for her I called my wife and told her I “would never do an Ironman.” I went back to watch and/or volunteer four times, but the timing was never right for me to take a crack at it.

Despite that glowing review of Ironman Wisconsin, at the end of the day I went with IM 70.3 Italy. It wasn’t an easy choice, but Italy has the combination of exotic location with sentimental value. I lived in Italy from 1999-2001 as a service missionary for my church, and still speak fluent Italian. For me, the thought of chatting it up with fellow racers, the race itself, and post-race pizza combined with visiting that beautiful country is simply unbeatable.