We're stoked to have two Triple Threat Triathlon team members racing at the Ironman 70.3 World Championships in Zell am See-Kaprun, Austria this weekend: David Fernandez (Florida) and David Wild (Hawaii). Mr. Fernandez checked in via email in an effort to kill time on his flight, and Mr. Wild and I attempted to Facetime as he was relaxing by the lake earlier today. The connection was not the best, but I at least managed to get a few sound bites from the Wildman. Best of luck tomorrow, guys! 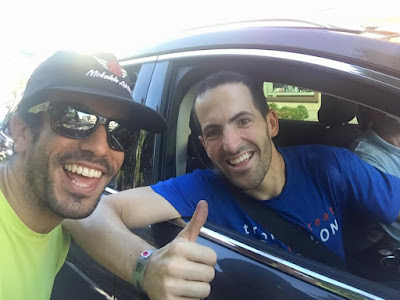 So how are you feeling going into the World Champs?

DF: I am very excited about toeing the line with the best athletes in the World at the HIM distance. It is a reward for all the hard work I've put in and an honor to be here. For sure, this will be a race and an experience that I won't forget.


DW: I feel good! I'm hoping this will be a breakthrough race for me.

(David Fernandez) Will you have a chance to stop off in Spain as part of your trip?

Unfortunately not. However, my parents will travel to Zell am See to see me race (is there anything awesome parents don't do for their kids?). It is for sure a shorter flight than coming to visit me in Miami!

How have you felt about your season thus far, and how has training gone over the last few months? 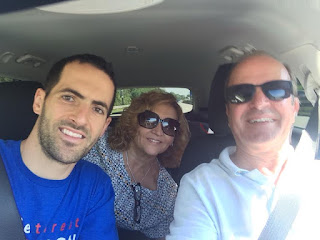 DF: If I have to summarize this season with a word, it would be "different." I used to race quite often (7-8 races per year, sometimes more), but this year I've only raced 3 times so far and 2 to go. This approach allowed me to focus on training and working on my weaknesses. The results are there so far: 3rd OA in a local Oly, and 15th and 6th AG in national Ironman 70.3 races, including significant PRs and qualifying for Worlds. So less racing, but more quality and happy with the results.

As far as training, I also changed my approach: I reduced volume (probably doing 65-75% of what I did last year) and increased intensity. Overall, I'm very happy with my training, I think I've been very consistent with my bike and run, but after putting some serious work during the offseason on my swimming, I couldn't swim as much as I wanted during the last few weeks due to some shoulder pain.

DW: Training has been good, but I've been, what's the saying? Burning the candle at both ends. I've been putting in ~15 hrs/week, which is the most I could possibly handle while devoting the time to be the best teacher I can be as well. It's been a lot of early wakeups, ocean swims in the dark (which can be a little sketchy!), etc. 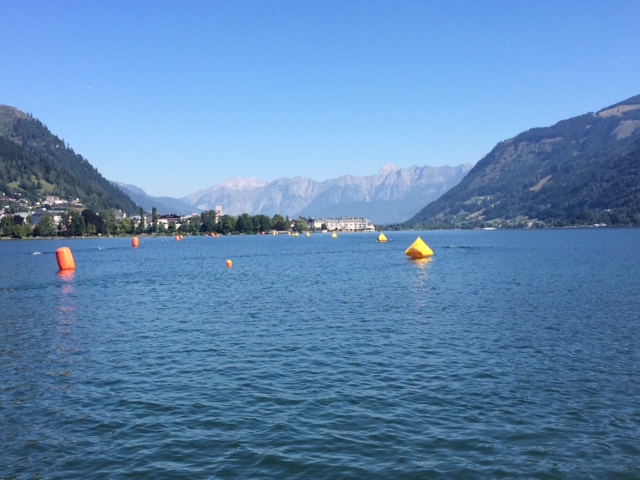 Wildman, how sweet was it to qualify at Boise 70.3 after barely missing out at Hawaii 70.3 (8th overall - yet 3rd in AG with only 2 spots qualifying for Worlds)?

It was a great feeling, there just happened to be some young, fast guys show up at Hawaii. I'm glad I could cash in on my second try.

What are your goals for the race?

DF: I know you will tell me that I always set the bar low and then outperform myself, but my main goal at Worlds is to have an injury free race that allows me to fine tune my body for IM Chattanooga in 4 weeks. Honestly, I haven't thought about times at all for this race.

I know your track record, David Fernandez! You have a tendency to be modest with goals and expectations but then you go out and destroy them… are you sandbagging on us? 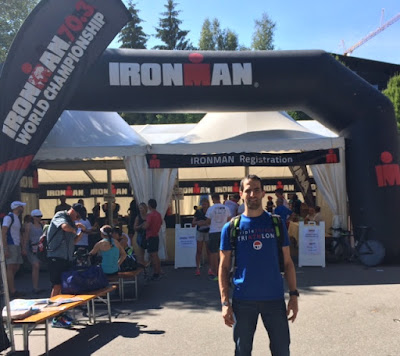 DF: Ha, knew it!! I agree that it may have looked like it in the past, but I don't sandbag you at all. I think I am a "racer" type of athlete. I am very competitive, I am mentally tough, and when it is "go time" that allows me to push my body beyond what I think it is capable of.

Not trying to sandbag anybody, but I even surprise myself sometimes... In quite a few races I went way faster than in any training session ever before.

On that note, which race is more important to you, this or Ironman Chattanooga next month?

Definitely IM Chattanooga. I haven't raced since May 17th, when I qualified for Worlds, and all my training since then has been focused on IMCHOO.

Have you taken a peek at the forecast? Also, what do you know about the course, and will you have a chance to preview it?


DF: Not at all. Actually, this past week the weather forecast I've been tracking was related to tropical storm Erika that may hit Miami as a Category 1 hurricane... Also, I'm sure the weather at the Austrian Alps will me much cooler and less humid than in Miami and, more importantly, something I can't control, so I usually tend not to worry too much about it.

I wish I had time to preview the course, but unlike most people I know that arrived between Tuesday/Wednesday, I don't arrive in Zell Am See until Friday afternoon (saving those precious vacation days for later this year!). I will have enough time to go through the registration process, assemble my bike, hopefully rest a little bit, and race before packing everything again and traveling back home (it is almost a 20 hour trip with flights and driving time: fun!)


DF: Keeping in mind that my goal is to test where I am and avoid too much stress so I can recover in time for IMCHOO, this is what I'm thinking:

a. Swim: do my absolute best. After not swimming much lately, I really want to see where I am and what I need to work on.

b. Bike: do my absolute best. Even though it is a course that doesn't suit my abilities very well (there's an 8 mile climb with 8%+ sections!), I'll ride to the best of my possibilities.

c. Run: here is where I will pull the breaks a little. Swimming and biking don't create as much stress and injury possibility as running. As of right now, I'm thinking about running 6-7 miles at my best, and then cruising the rest.

DW: I've decided I'm not going to worry about data, I'm gonna go primarily by feel. I might check my power a few times on the one big climb, but for the most part I'm just going to go as hard as I can. 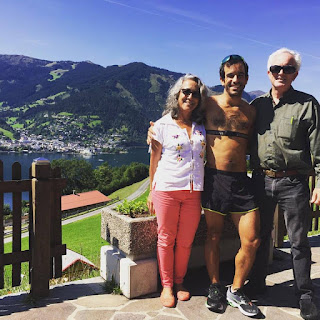 Fernandez, what’s your prediction for Mr. David Wild?
He is going to CRUSH IT!! This is the most important race of the season for him. He's been training pro-like for this race, he’s had ample time in Zell Am See to check the course, rest, and adapt, and he is VERY fast! I’m not sure where he’s going to finish, (the competition is obviously pretty good!) but he is going to be up there.

Lost connection... I reckon his answer would have been 1) yes 2) on the run, and 3) absolutely.

Fernandez, when is the little guy due again? What makes you more nervous: the thought of changing a flat or changing that first diaper?

First baby Fernandez-DeMarco is due October 29th, although my wife thinks he will come a couple of weeks early, so it could end up being a Kona baby... we are beyond excited to meet him!!

I hope I am faster changing diapers than changing flats, or we will be in serious trouble!! 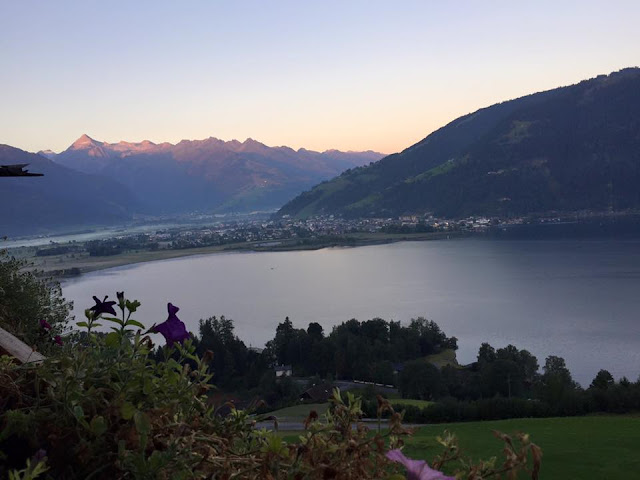