Nick Hetro is fast. He won the Maryland Triathlon Series before moving to the Pacific Northwest, is a threat to win most races he enters outright, and, according to multiple sources, recently outran a black pepper snake on a training run. With speed like that, we're obviously stoked to have him on the Triple Threat Triathlon team, representing the great state of Washington! 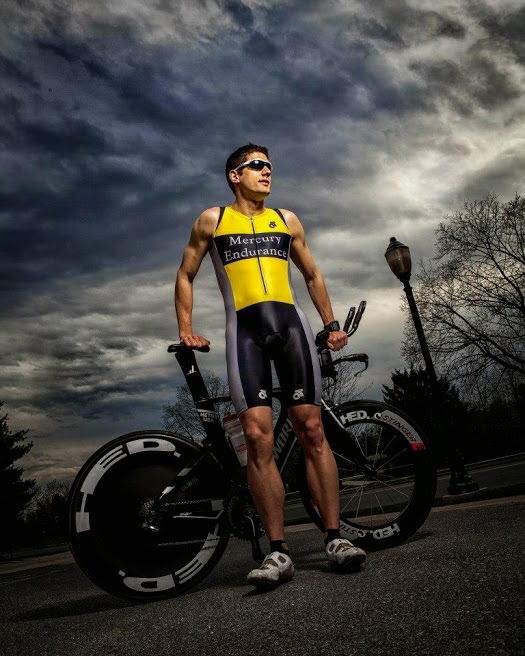 I started my endurance sports career running track and cross-country through middle and high school. In college, I was first turned onto triathlons by taking the run leg of a triathlon relay team. I then challenged myself to race one on my own. Sure enough, I raced my first triathlon in 2008 and won it (it was an indoor triathlon with only a handful of competitors, but hey! I’ll take what I can get.)


How would you sum up your 2014 season, and what was the highlight & lowlight?

2014 was lackluster compared to 2013. In 2013, I totaled three overall wins (including my 1st Olympic-distance win). I never placed below 7th overall in a race/ triathlon. With solid performances, I had accumulated enough points to win the 2013 Maryland Triathlon Series. However, in 2014 I hit a funk. I was cranking out great numbers on the bike in terms of FTP, but I didn’t have the same fitness in the swim and run.

Then the project I was working on in Maryland fell through. Luckily, I found another project in Washington State with the same company. This turnaround was a highlight. I fell back on to the training plan I followed in 2013 with some minor tweaks. I was able to close out with the rest of the season better in the second half.

I am pursuing a local Washington State triathlon series to become more acquainted with the area and the locals. The series involves six varied *gasp* offroad and onroad, sprint and Olympic distance, triathlons and duathlons. *sigh*

I also have a fun Memorial Day holiday planned. The Friday and Saturday of the holiday, I’ll be camping out at a 4-day music festival at the Gorge in Washington State. Sunday, I’ll be heading back to get the bike ready, then racing Monday morning (Memorial Day) in a town holding a weekend spring festival. After the race, I’m heading back to the music festival. The next day, Tuesday, I’ll be on a flight with my girlfriend to Cabo San Lucas for a week-long vacation. My Fall A-race is the Portland Triathlon. My realistic goal is to only have the best season to date. My early fitness so far has been equal or better than my 2013 season. I’m ready to race. 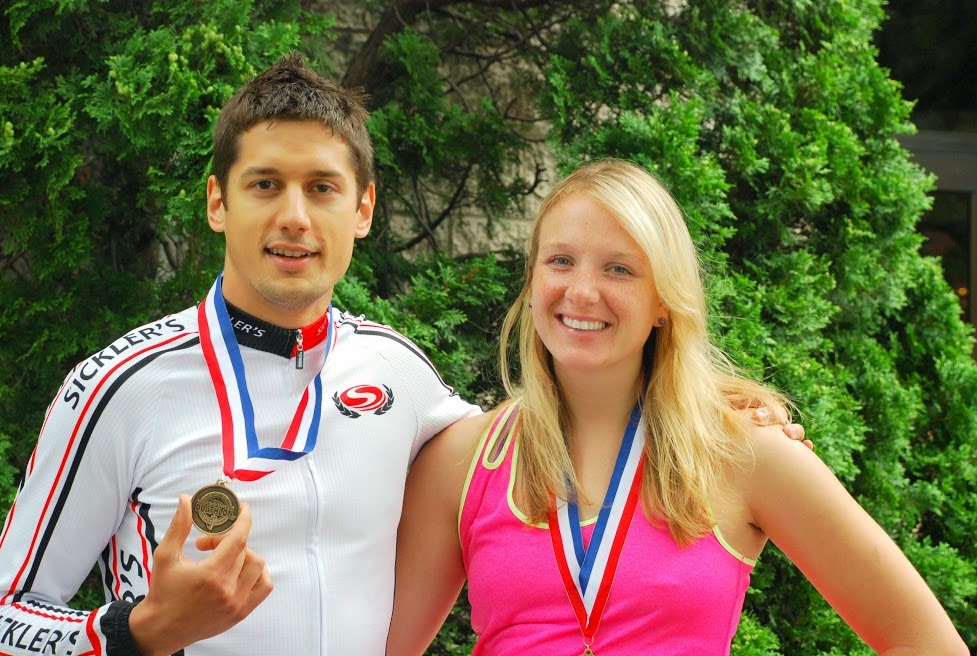 On your personal site, mid-atlantictriathlete.com, you say your philosophy is "to take the easy days easy and the hard days hard." Sounds obvious, but most don't follow this approach in practice. Can you elaborate on that as it relates to a typical training week for you?

I stole this motto from my high school cross country and track coach. He was a world class coach. He coached our girls team to states three times with two wins. [Side note: I owe my life to him. I don’t know what I would be doing with my time if I didn’t stick with endurance sports. If I had to guess, I would see myself sitting on the couch playing video games. To me, that is a disturbing picture. I can’t thank my high school coach enough for getting me hooked into endurance sports.]

Anyways, my coach invoked the best of us by reining us in on the easy days to ensure we were fresh to push ourselves in our hardest workouts. And in those hardest workouts, I have never dug deeper in my life.

With that being said, here’s a typical build week for me:

My focus is on two hard blocks in the week. Tuesday morning through Thursday morning. Then Saturday and Sunday. Monday and Friday, I take it very easy with some active recovery.

From what I gather, you train as hard as anybody on our team. What motivates you to put in the work that you do?

I just want to see the best performance I can get out of myself. To best describe this, Chrissie Wellington discussed a similar notion in her book A Life Without Limits. I’m going to paraphrase the first part. She reflected on her races – Roth 2010, Roth 2011, and Kona 2011 – and questioned if she ever had a perfect race. She then states: “You can never reach perfection. Your ambition should be directed toward your ability to overcome imperfection, and that is how I want to live my life.” I understand her idea that you really can’t have a perfect race. But how you react to the negatives that happen in racing or training (e.g., dropped chain or illness) shows your true identity. So now I am pursuing to have the best performance I can have. If you aren’t sick of quotes, here’s another that I live by: “Do what you can, with what you’ve got, where you are.”

Can you give us a sense for how much you've improved your swim from where you started (and how you've accomplished it)? Is the swim a relative weakness or have you raised it on par with your bike and run?

I started swimming laps back in 2007. Being determined, I kept my head down and worked hard. I would swim a 2000 yd workout and a 4000yd workout. These workouts would be just to swim that distance and stop whenever I needed to catch my breath. I paid attention to my form, but I was going the wrong way about it.

I have made two changes. First, I swim more often with purpose. So instead of swimming twice a week just for distance, I’m swimming five times. This consists of three hard 2400m workouts and two very easy 1000m workouts. The 2400m workouts are purposeful. For example, a typical workout would be: 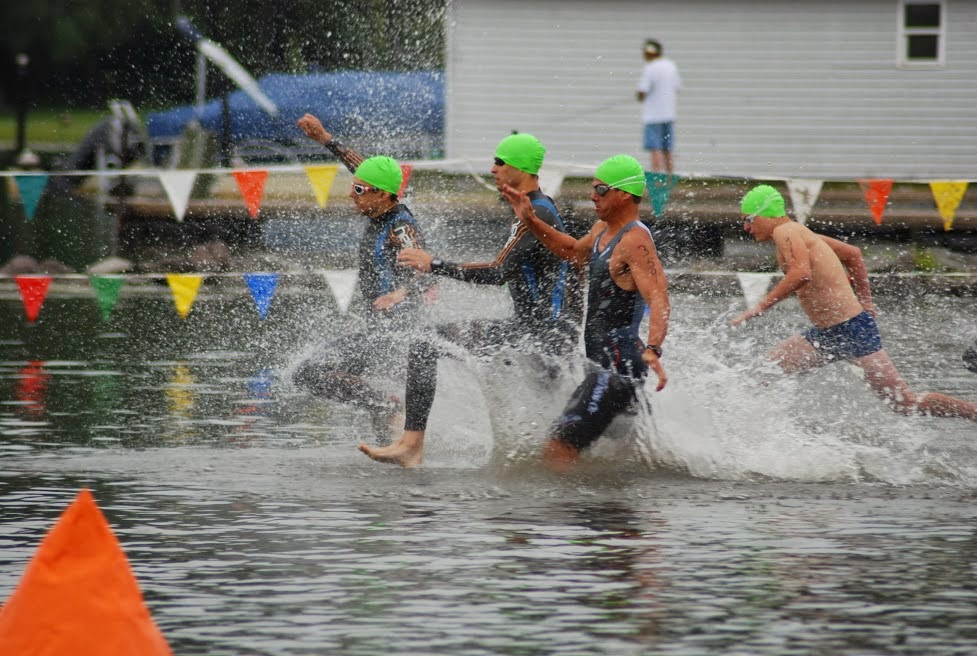 The second change thing I did was to look for outside help with my form. The self-help through the Internet and swim DVDs took me only so far, but I found one-on-one coaching to be the best. Nothing is better than the real time corrections that only a coach can provide.

You clearly have the talent to step up and crush the 70.3 distance. Why have you decided to hold off (at least for now) and focus on short-course? Do you see yourself taking a crack at qualifying for 70.3 Worlds and/or potentially Kona in the future? 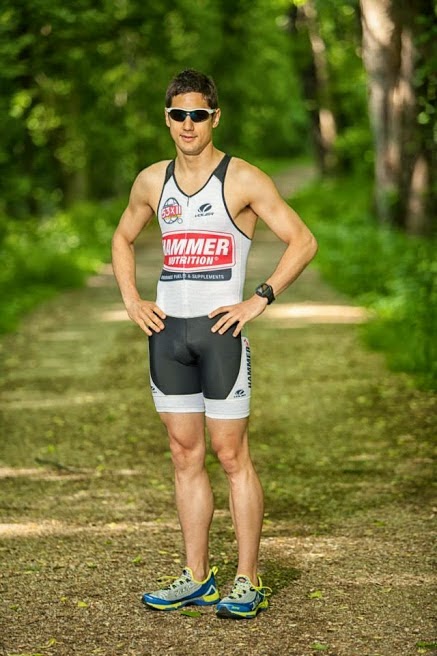 So I had plenty of excuses when I first got started:


Therefore, I no longer have an excuse. That’s why I have set my sights on Ironman Coeur d’Alene for 2016. I’ve moved out to Washington. IMCDA is only 2.5 hour drive away. Plus, I heard rumors off of Slowtwitch.com that 2016 will be the last year for IMCDA.

Tell us a bit about your day job, and what hobbies do you have outside of work and triathlon?

I am a nuclear engineer and sleep therapist. And by a sleep therapist, I mean when I start discussing my work, I put the average person to sleep. My specialty is licensing nuclear power plants with the Nuclear Regulatory Commission. My new project focuses on regulatory compliance with the DOE at a nuclear waste treatment plant. The perk and con to my company is that I switch projects every 2-3 years which means I could pick up and move every 2-3 years. My only other hobby/commitment is to appease the girlfriend and to give the mom and dad a call once a week. 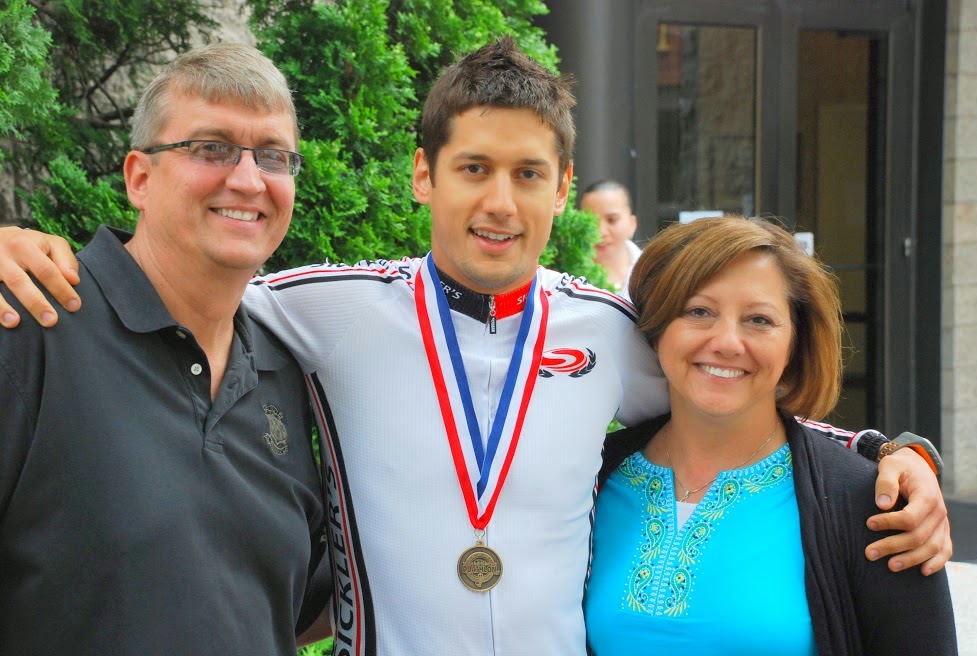 With that engineering mindset, in what ways do analytics, data, technology, etc. play into your training and racing?

It’s so easy to keep tied up with the numbers. Therefore, I try to limit how much I monitor. On a large scale, I track my CTL, ATL, and TSB from a performance chart created by WKO+. Check out this TrainingPeaks.com article for an explanation. Here’s how my current season is shaping up:

I had a solid 4 months of training where I steadily increased my volume then intensity (you can see this in the blue CTL line)­­. I only had a small setback at the end of February. I went on a week-long vacation, but I considered it a rest week. My rest week got extended, because I came back from vacation with food poisoning, then a head cold. Once that was over, I pulled my Achilles heel and was out for a few more days. Once that ordeal was over, I got back it and started to make more gains.

What is your perception of the triathlon scene in Washington state vs. your old homes of MD & PA and what are the pros and cons of being a triathlete in WA?

The only thing different is the weather. While the East was being pummeled with snow, the winter in the PNW has been very mild. I live in the high-desert of Washington State so we hardly receive any precipitation. I really can’t complain. Nevertheless, I’m very thankful the triathlon community members are the same. They are just as warm and welcoming as they are on the East Coast. We are lucky to participate in a sport where the athletes are brought together. In fact, you can see this in the Triple Threat Team. We have members across the nation that bond over our sport. With that being said, I have advice to any triathlete who relocates and is unsure of making new friends. Just seek out your local triathlon community. I guarantee you’ll find a new friend.