Disclaimer: this is a rare post not centered on triathlon, but hopefully you enjoy it and can find something to apply.

As I’ve mentioned in a few posts, I moved with my family to France halfway through high school, attending the American School of Paris. We moved there from a small town in Indiana, which was a great place to grow up. However, coming from a place without much diversity to speak of, it was a great learning experience to live in Europe and attend a school with many nationalities. Our basketball team was mainly comprised of Americans, but guys from Morocco, Brazil, & France were among our best players. Our coach was a Texas native named Charles Beacham, who had started coaching and teaching at the school following a professional basketball career in Europe.

Charles was hilarious, but also tough. Excluding the times he was yelling at us, he was always smiling. I loved playing for him and was terrified of him at the same time. That said, as I look back now I only have great memories of our time together. 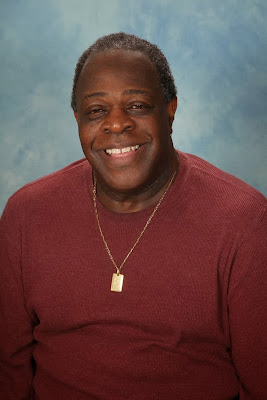 Charles passed away last week following a bout with cancer. I’ve been thinking about this a lot since, and thought I’d chronicle a few lessons I learned from him:

Get After It
In Indiana, my coaches were all about the fundamentals. Practices had a military feel to them, and any display of “razzle dazzle” was rewarded with a spot on the bench.
On the other hand, Charles cared more that we were being aggressive and attacking the other team than how fundamentally sound we were. He wasn’t politically correct, and our teams had some swagger for sure. He’d often say “the guy guarding you might be the worst defender in the world, but you’ll never find out if you don’t test him!”
One quick example that comes to mind is Charles yelling at me during a game in Antwerp, Belgium for something along those lines. Out of the corner of my eye I see the backup point guard get off the bench, and I thought “oh, I’m getting a shot up here.” I hit it, then managed two more in a row before the next dead ball. When I looked over, I saw Charles had rewarded me by making the kid go sit back down... exactly the opposite of this famous scene from "Hoosiers" (the real life Hickory High was Milan High School, only a couple miles down the road from where I grew up!)

Life Won't Hold Your Hand
In addition to basketball, Charles helped out with the track team as well. At our big International School final meet of the year, I ran my best 1500 meter time ever but finished 4th. As I’m gasping for air at the finish line, Charles’ quote was “boy, I don’t see no iron” (translation: you didn’t medal). By now I knew that Charles would say stuff just to push your buttons… he knew I still had two events to go, and it was effective. His comment pissed me off, and I made sure to get some “iron” in both!
As a teenager I’d occasionally get migraines brought on by dehydration, leaving me with blurry vision and a pounding headache. I got one after playing every minute of back to back tournament games, including a hard fought win over Vienna to advance to the semis against the American School of London. I remember getting some medicine, a bottle of water, and sitting in a pitch black closet with a wet rag on my head. The next game was only a few hours away.
I started the game on the bench, still feeling terrible, and didn’t expect to play. We got off to a rough start, and Charles looked over and said “Collin, we need you.” No hand holding. Suck it up and get out there!  I said “ok, let’s go,” and never came out. My vision was still cloudy, but I played a surprisingly solid game and we won in overtime. We went into the finals vs. Athens as the clear underdogs, but came out the aggressor and won handily. The next year we had a great run as well, coming up just short in the finals and taking silver.
I haven’t gotten along with every boss I’ve had, and some have definitely been what others would call “tough.” However, playing for Charles prepared me well for the real world.

Love Life
As I mentioned earlier, Charles almost always had a smile on his face. To this day, he’s one of the most charismatic people I’ve ever met. He loved people. He found humor in the smallest things, and his laughter was contagious. Although he was tough at times on his players, he was also a friend. I’m sure he’s still flashing that big smile of his somewhere.