Throughout the years, various nutritional products have been my “secret weapon.” As a wee lad running middle school cross country, my mom discovered a little-known product called a “Powerbar.” They didn’t (and still don’t) taste extremely good, but I would eat one before every meet. I was convinced they gave me superhuman strength, like Popeye devouring a can of spinach. 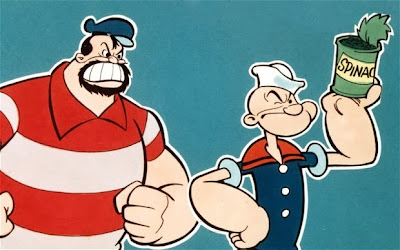 Midway through high school my family moved to France, where I attended the American School of Paris. I continued the sports I had played in the States, only now competing against schools throughout Europe as opposed to southeastern Indiana. Sometimes my friends would get their hands on something new from the US, and it was always in high demand… for example, my buddy Chris got a VHS cassette of the first episodes of a show called “Southpark.” A group of us gathered to watch it in a classroom after school one day, laughing like a pack of hyenas.


Another example of bootlegged goods from the US was one of the pioneer energy gels. I can’t remember where I got it, probably from my dad following a business trip. I can’t remember the brand either, but I know it wasn’t a GU or any of the well-known brands today. It most likely no longer exists. Anyways, I received one, solitary packet of this magic elixir shortly before my senior year. I was tempted to try it right away, but decided I would save it for my end of the year ISST (International School Sports Tournament) meet to be held in London a month or two later. It sat on my bed stand, and I eagerly anticipated launching this secret missile on the competition. The precious. It’s laughable now, but I fully expected it to shave at least a minute off my 5k time!
Race day finally arrived, and I took the gel. Believe it or not, I did not experience the superhuman transformation I was expecting. I had a good race, but nothing earth-shattering, and finished 11th.


Many years later, I’ve realized there aren’t any secret weapons when it comes to racing. You’ve got to be consistent with your training, mentally tough, and have a nutrition strategy that works for you. That said, I want to make a plug for EFS Liquid Shot from First Endurance. As is always the case, I’m not receiving any compensation for writing this. After experimenting with Liquid Shot, I just think it’s a really solid product, especially for longer training/racing.