From 8AM Friday to ~11AM Saturday I participated in Salt to Saint, a 430 mile bike relay from Salt Lake City to St. George. It's a similar concept as Ragnar, just involving those wheeled things as opposed to your feet. Instead of boring you with every detail, I thought I'd share the post-race awards I gave our team today. For the record, our team name was Captain Ron and the Yellow-Bellied Crusaders, and was comprised of my extended family.

The TIT Award (Trust In Training) went to my wife's brother-in-law, Dave.

Dave has a really nice Pinarello road bike, but unfortunately his training consisted of two rides around the block. Still, he held his own out there!

"Dave’s long hours in the saddle paid off when it mattered most. When times got tough (including 2-inch shoulders on highway 89 and 'half his body falling asleep') he fell back on his training to get him through. He handled his 3 legs with relative ease, boasting post-race that it was 'easier than he thought it would be.'”

The Grizzly Bear & Must be Livin’ Right Awards went to my mother-in-law Sandy.

"Sometime around 1AM 'van 1' found a patch of grass and threw down our sleeping bags to catch a few zz’s. Between the cold air and knowing I was next up to ride, it took me a while to fall asleep. In the meantime, the two grizzlies next to me were engaged in a battle royale snoring contest. It was a close call, but I had to give the nod to Sandy in an upset victory over my dad. In addition, in place of rumble strips and narrow shoulders, somehow Sandy scored a glistening bike path well off the road for her night leg.  Must be livin’ right!" 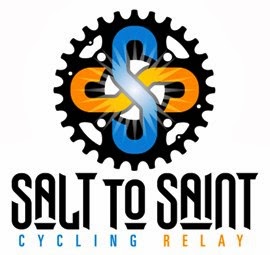 Taylor borrowed Dave's bike, and was unaware how to shift gears until his second leg. Unfortunately for him, his first leg included a long, gnarly climb ...

"Taylor Wood: visionary, inventor, innovator. Frustrated with his lack of options on a recent ride, Taylor is largely credited with inventing the multi-gear bicycle. He saw a need, and he developed a solution. By what he describes as 'breaking the handlebar' (AKA pushing the shifter) a cyclist can now enjoy a more pleasant climb up a canyon pass."

The Adrenaline Rush Award went to my wife's cousin, Tyler.

"Tyler just wasn’t getting the natural endorphin rush (sometimes called cyclist’s or runner’s high) so decided to take matters into his own hands. Tyler went Michael J. Fox in Back to the Future on us, grabbing onto a moving truck to propel himself forward. In an instant he nearly became roadkill. Thankfully that was our only near-miss of the day!"

The Purple Heart Award went to my wife, Lindsay

"I think we should all drive Suncrest sometime to see first-hand what Lindsay climbed on that second leg. It was far and away the toughest leg of the course, and she stepped up to the challenge. Her last leg also had a lot of climbing, but 'was nothing compared to that first one' according to our brave little crusader." 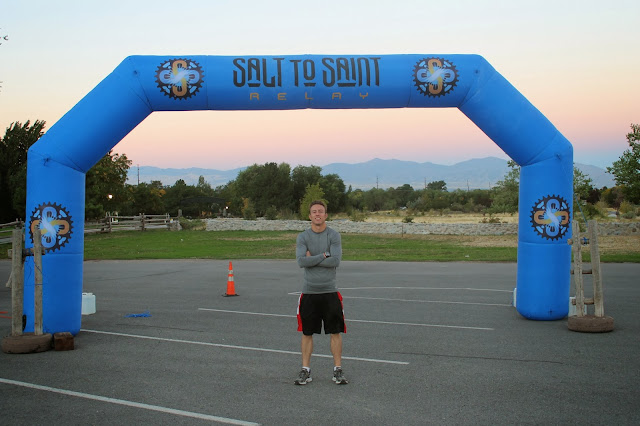 The Orienteering Award went to Captain Ron, my wife's uncle. Ron got lost on the final leg... nuff said.

"This was a close race between our Cap’n and his son Tyler. However, given his creativity in eluding that final hill on his way to the finish line, the Cap’n got the nod!"

"Most of our legs provided relief in the form of downhill sections, but not my dad’s… he was the only crusader who experienced a net elevation gain, and it was by a good margin. The saying 'what goes up must go down' did not apply in his case."

The TOFTT Award (Taking One For the Team) went to myself, of course. What can I say, I'm a team player!

"The Cap’n came to me, hat in hand, asking to trade my friendly last leg for his unpleasant one. I obliged, allowing the Cap’n to fly through the middle of nowhere on a downhill joyride. By all accounts he made extremely short work of Orderville and other neighboring villages."