I realized yesterday that this month marks ten years since my first triathlon. Like many college kids, I lifted a lot in those days in order to appear big and manly. I saw a flyer at Gold’s Gym one day for something called the "Salem Spring Triathlon." It sounded fun, and I thought "why not?" I spent the next few months training, combining freestyle, breaststroke, doggy paddle, and gasps at the wall to cover the 800 meters that would be required of me. I borrowed my roommate’s mountain bike and rode through local neighborhoods for 45 minutes at a time. I didn’t know what a brick workout was… I mean, I’d run cross country and track in high school, so how hard could running off the bike really be? 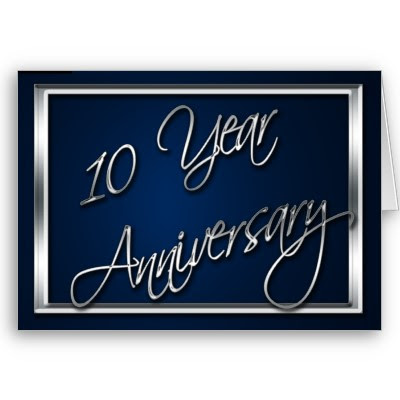 The big day came, and I was ready! Race directors encouraged wetsuits, so I locked one down from a store that rented outdoor equipment for skiing, rock climbing, etc. At the time I didn’t realize there were different wetsuits for scuba diving and swimming… let’s just say I now had the option of observing the various species of fish in the pond if swimming proved too difficult. I tossed my roommate’s bike in the back of my grandpa's truck and headed to the race. It was a small event, but the atmosphere was awesome. I was told to pick a spot along a fence as my “transition zone,” and laid out my arsenal of equipment. I soon discovered that I forgot my goggles. $&*%! Oh well, there’s not chlorine in the pond, so maybe it won’t make a difference. I tugged, pulled, and jumped my way into my wetsuit, which felt tighter than an “anaconda squeeze” courtesy of Nacho Libre. It was extremely uncomfortable. The gun went off and I waded in, only to discover that it was waaay colder than the pool I’d been training in. It completely took my breath away, and I physically couldn’t put my head in the water. I remember flipping on my back a few times to tug some more on my suit, but besides that it was pretty much a 90/10 breaststroke/freestyle split with my head above the water almost the whole time. I remember thinking, “man, all that training in the pool was for nothing.” I couldn’t wait to get out of the water, and after what seemed like forever, I finally did. 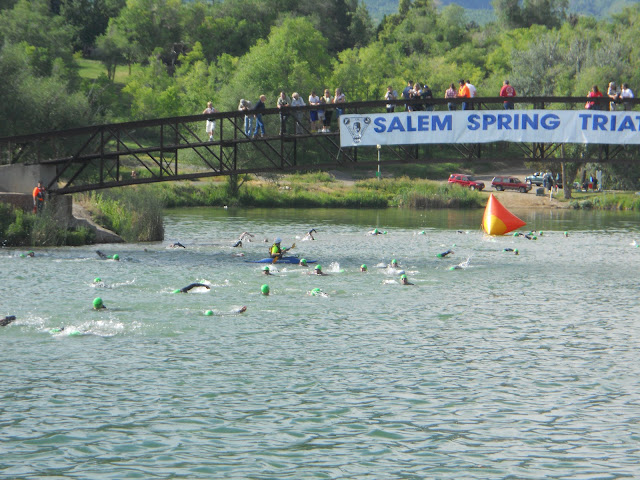 I hopped on the borrowed mountain bike, wearing the running shorts I’d had on under my wetsuit and a shirt I’d thrown on in transition. I soon noticed that other people were wearing helmets… was I supposed to have one too? Oh well, too late now! About a mile into the bike, I realized that I had a goofy grin on my face. “This is awesome!!” I’d never been in a bike race of any kind before, and I was loving it. Near the end of the bike a lady cut me off a bit, and I slammed on the brakes. Next thing I know I’m flying over my handlebars, but thankfully landed on my side with only minor road rash. Charged with adrenaline, I hopped back up and finished the course. Running off the bike was much tougher than I thought it would be, but mercifully uneventful.

There was a post-race barbecue at the race site, and everyone was so encouraging and cool. Despite my comedy of rookie mistakes, I was hooked!!

I'm happy to report that the Salem Spring Triathlon is still around, having grown tremendously since that first race 10 years ago. Now held in June, the waters are much warmer. Oh, and don't forget your helmet :)

What about you?  Any rookie mistakes you’re brave enough to share?