With a controversial pre-race change shortening the bike course, a last-minute change of swim venue, and insane weather, Ironman Texas 2016 was one for the ages. Despite these obstacles, Jeff Kirkland (Oregon) is a stellar example of staying positive no matter what the day throws at you. Here's his report of that crazy day.


Let me start this report off by saying, it will probably end up being like any other race report you can find in a number of outlets. I, however, would like to attempt something that maybe you haven’t read before. 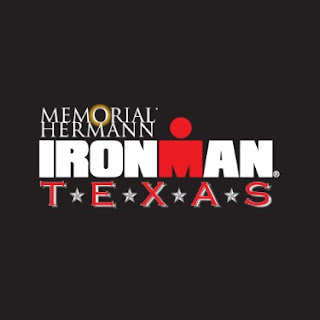 First let me get the important things out of the way. Anyone who has ever done any kind of endurance racing knows you can’t do it alone. I say a huge thanks to my wife, Kim, and my boys Kaiden and Parker. Parker who is now 6 months old was born right in the middle of training. Kim has been so supportive of all of the extra workouts even in the midst of a brand new baby. So as we celebrate 15 years of marriage this week she gets the biggest shout out because she deserves it the most! Another big thanks goes to my father-in-law who travelled with me to help and support me for the race. Also a huge shout out to my Triple Threat team and all of the sponsors who help us out. I am always thankful to be able to use gear from companies like Roka, Rudy Project, XX2i, and Hammer nutrition. All of my teammates are crazy fast and good at this sport and are an inspiration to me.

1. Water = dirty! I mean the water was like dark brown, can’t see your hand in front of you, dirty. So dirty that they had to change the course the day before because some “parts” of the swim didn’t pass water quality. My swim time was slow. Like 10 minutes slower than I thought it should be. Some say it was long, others say it was crowded, I say I just need to get better. 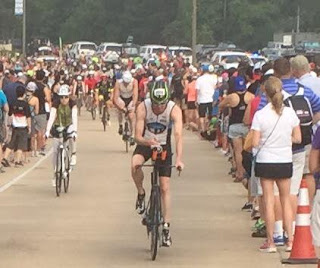 2. Ride = turn city! The bike course was changed in the weeks leading up to the race so no one really knew what to expect. I ended up clocking it right at 98 miles but overall I thought the course was fine. Well marked and volunteers everywhere to help. I felt really good about my time and ended up right at 4:45 which is solid for me. I did see a crazy amount of drafting. Some on purpose and some due to so many turns. There were a lot of people in the penalty box paying the price. Oh and let me add one more thing. I live in Oregon, we have hills and mountains everywhere. Ironman Texas has no hills! It is super flat. If you like a flat ride then this is hands down the place for you. Although you don’t have to worry about climbing, you also never get the downhill to grab a rest.

3. Run = craziest thing I have ever been a part of! The run was a 3-loop course through The Woodlands. It was actually a great run course but things got super sketchy! The first 2 miles for me were super hard. I was hot. It was hot out and so super humid. I felt like it was tough just to get a deep breath. By mile 3 I felt better as my legs loosened up and I hit a section that was in the shade. When I got to mile 10 I saw the clouds rolling in and thought some rain might be nice as it would help cool things off a bit. Ok, so I was wrong! By mile 12 it didn’t just rain, the temperature dropped like 20 degrees and the wind was blowing 20 or so miles an hour. There was lightning and crazy thunder. It rained sideways and then dime-size hail started to fall. At one point I just laughed and thought, is this really happening?

As I hit an aid station and water was building on the course, I was told we all had to stop at the next timing mat and the race was being suspended. So, I got to the timing mat stopped with a 100 or so others and nearly froze to death. All I kept thinking is, I still needed to run another 13 miles. I also stood and observed some racers refuse to stop and advance on the course with the time turned off (seemed a bit unfair to me). After 58 minutes, we were released and sent back on the course. I finished up the run feeling like a 2x4 after being stopped for an hour, but it was what it was. After time adjustments my unofficial time (because the timing was so messed up) was 10:52. Overall I was happy with the day! 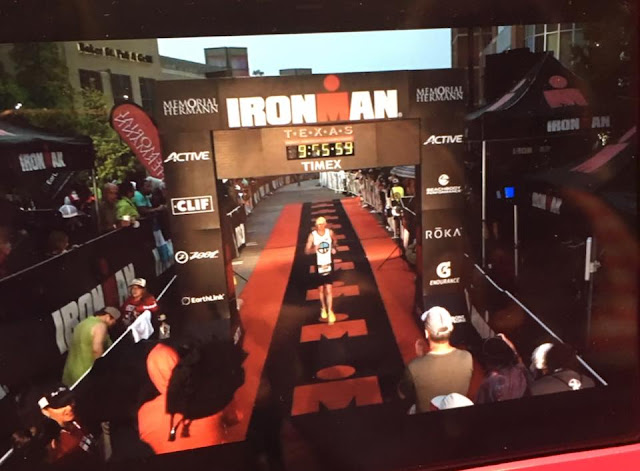 I thought it was a super fun race and would absolutely do it again. The times were crazy fast from lots of people and despite all of the logistical challenges the organizers did an outstanding job with the event.