Mark Watson is a new member of the Triple Threat Triathlon team, representing the great state of South Carolina. Despite being a relative newcomer to the sport, he had a breakout season last year, wreaking his share of havoc on the local scene and completing his first 70.3. This year, Mark will be attempting one of the most ambitious feats known to mankind: alternating Ironman training sessions with diaper duty. We’re in his corner, and wish him well along this treacherous path!

First of all, congrats on the arrival of your 2nd daughter (mere weeks ago)! How has that transition been?

Thank you! It has been a big adjustment. Having two is very different than just one. Ella has had a few long nights that make getting up to train and work a little difficult. We are doing our best to keep Ann Myers, my oldest daughter, on her normal schedule and routine and that can make for some short nights as well. We have mastered the divide and conquer technique very well. 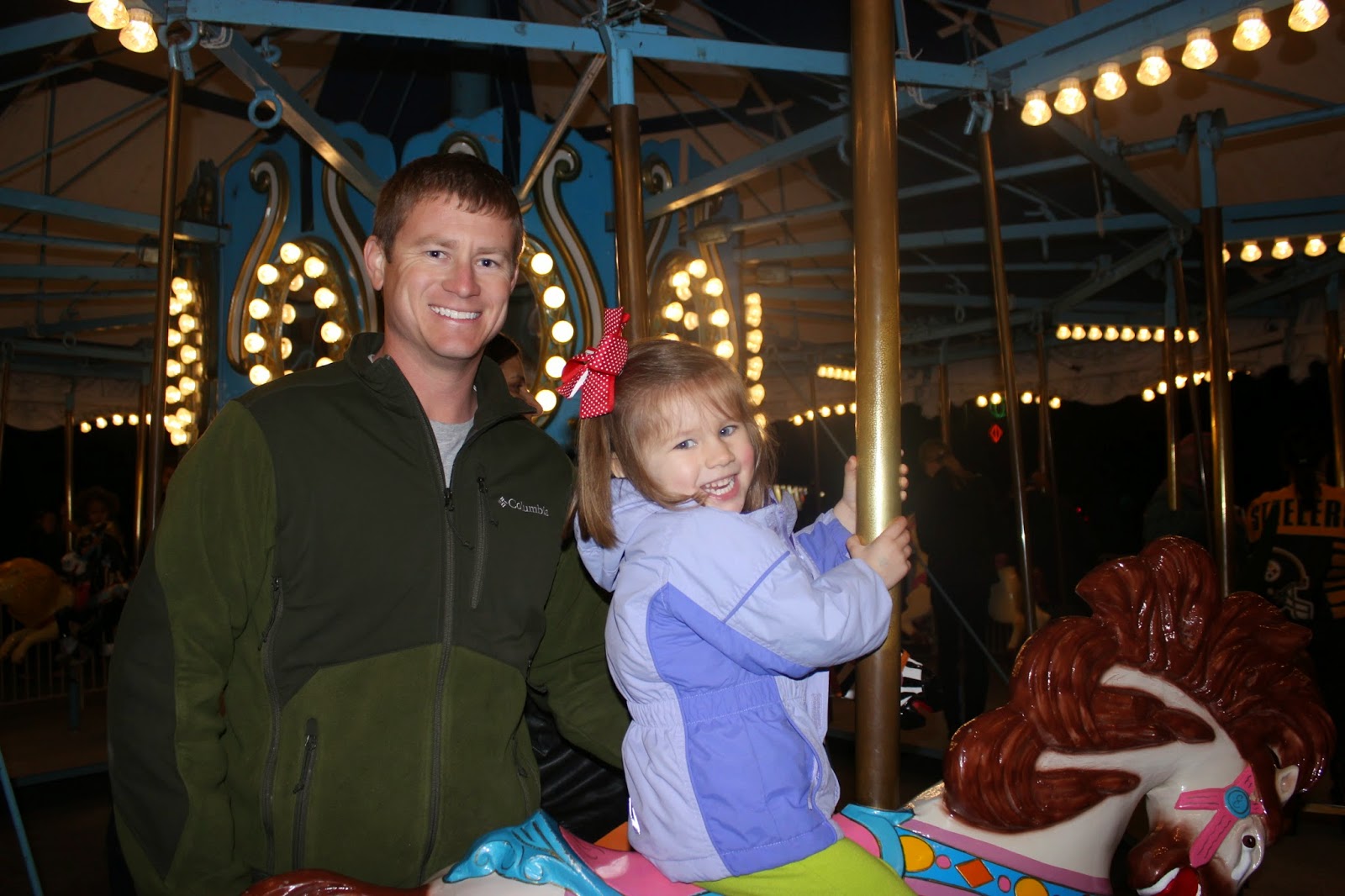 What's your background and how did you get into triathlon?

I started running as a way to lose weight about 3 years ago and it grew from there. My neighbor was into triathlons and convinced me to sign up for a sprint. I did my first sprint and struggled to even get out of the water, but was hooked as soon as I crossed the finish line. The next thing I knew I had signed up for Augusta 70.3, which meant I had to learn how to swim.

How would you sum up your 2014 season, and what was the highlight & lowlight?

I would say I had a great first “full” season of triathlon in 2014. The highlight was finishing 2nd overall in my age group in my local 5 race sprint series. The lowlight was not beating my time from race 4 in race 5. I had managed to better my time every race except the last one. I had switched my training to focus on Augusta instead of the sprint races. 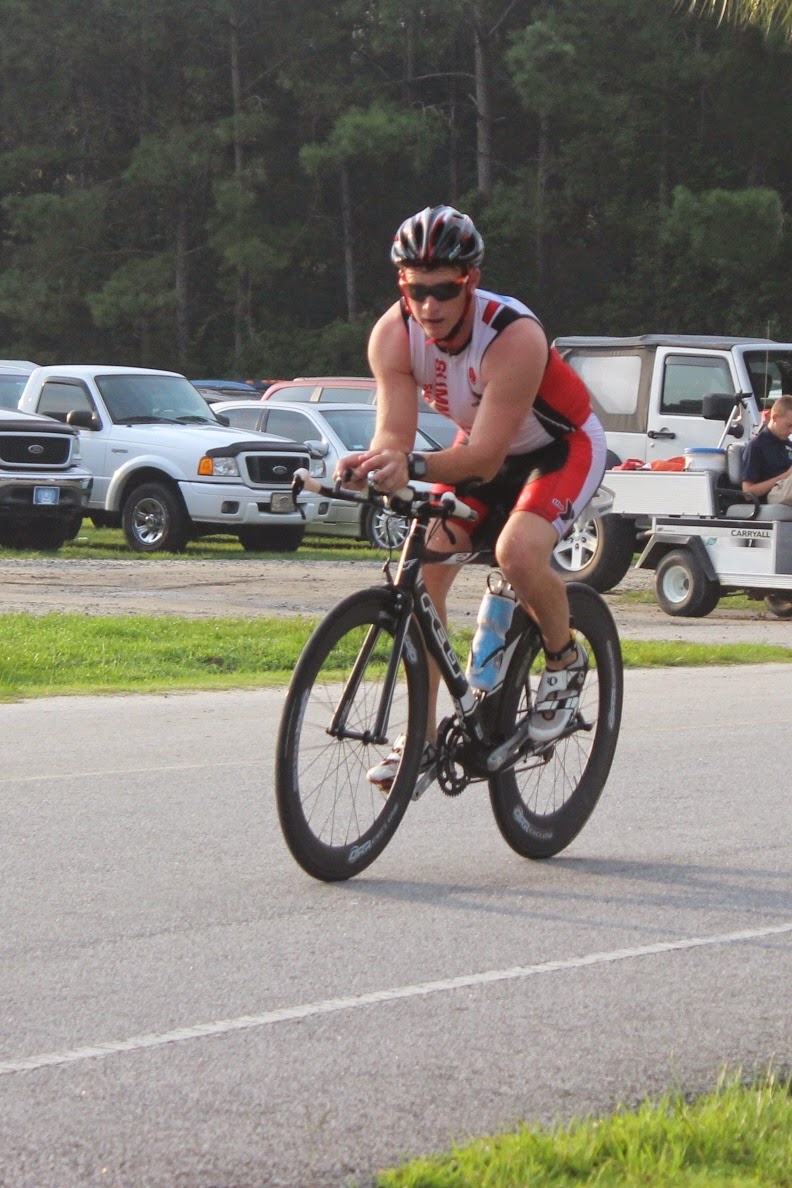 Give us some info on Ironman Augusta 70.3. What's the course and venue like? Any advice for your new teammate Matt Kucharski and others planning on this race in 2015?

I really enjoyed the course and would have no problem racing it again. There is very little fan support on the bike as you ride country roads most of the time. The run is a double loop that snakes through downtown Augusta and there are people everywhere cheering you on when you need it most. The buildings can block the breeze making it extremely muggy on the run. It is a point to point current assisted swim in the river. The current can be extremely fast or almost nonexistent, like we had last year. The bike course is marked year round and I would suggest trying to ride it before the race. There are a few 90° turns at the bottom of hills that you want to know about ahead of time. I would strongly encourage everyone to bring a pair of throw away flip flops or shoes to wear for the mile walk from transition to swim start. The weather is the biggest variable in the race, it can be in the 90s and humid or down in the 60s that time of the year. This was my first big race so I don’t have anything else to compare it to, but it seemed like a decent venue. The expo is not very big but has plenty of vendors there.

2015 is all about IM Maryland! I will do several local races and a few around the state, but my main focus is Maryland. I am doing my best to try to balance family life with training. A goal for this year is to try and place in my age group at a Set Up event; this is a pretty lofty goal for me. I am also defending my 2nd place overall in my age group in my local triathlon series. 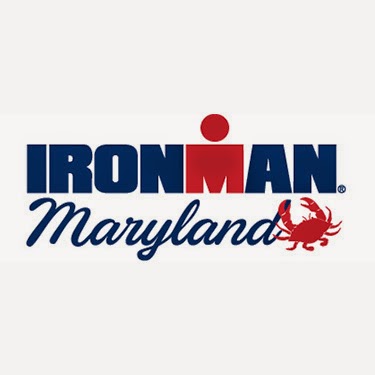 Looking at the results from Augusta, you had a very solid 70.3 debut... do you feel you executed your race strategy (pace, nutrition, etc), and did that give you the confidence to go ahead and sign up for a full Ironman?

I was extremely happy with my time at Augusta. I was right where I wanted to be coming out of the water and getting off the bike. I started to fall off on the run the last few miles. My nutrition plan worked great through the bike. I am working on tweaking it for the run. I starting running on empty and knew it was too late to do anything about it. The run was muggy with very little breeze and that made it difficult for me. I needed to drink more fluids on the run. After finishing Augusta in my time goal I figured I might as well carry the training on into a full. Signing up for these types of races gives me the motivation to train, otherwise I would remain complacent.

What led you to choose Ironman Maryland for your first IM? Also, is that a course that suits your strengths?

IM Maryland is a flat course, which I am used to training and racing on. I live in a very flat area and we do not have any hills, so this course fits into the training I can do at home. I have always been used to riding with a consistent cadence and not having the hills to recover on. Maryland worked with my neighbors and my schedule and was within driving distance. It just seemed to meet all the “criteria” when choosing a race.

You mentioned in your application that you recently switched the way you run, which has led to big improvements. Can you elaborate on that change?

I went from heel striking to landing mid foot and running at a higher cadence. It took some getting used to, but has made all the difference in upping my mileage as I have had less knee pain. It took some time to make the transition but was definitely worth it.

Can you tell us a bit about your day job, and what hobbies do you have outside of work and triathlon?

I build houses for a living. I am a project manager for a local homebuilder. At work I run 100 mph in 90 different directions and wouldn’t have it any other way. Outside of work and triathlon I enjoy anything outdoors. I have hunted all my life and it is one of the things my dad and I do to spend time together. I also enjoy going out in the boat and spending the day on the water. Golfing has all but stopped since having my daughters and training for races. I do try to snowboard once a year if it works out, they say if you can snowboard on ice and rocks in North Carolina, you can snowboard anywhere. 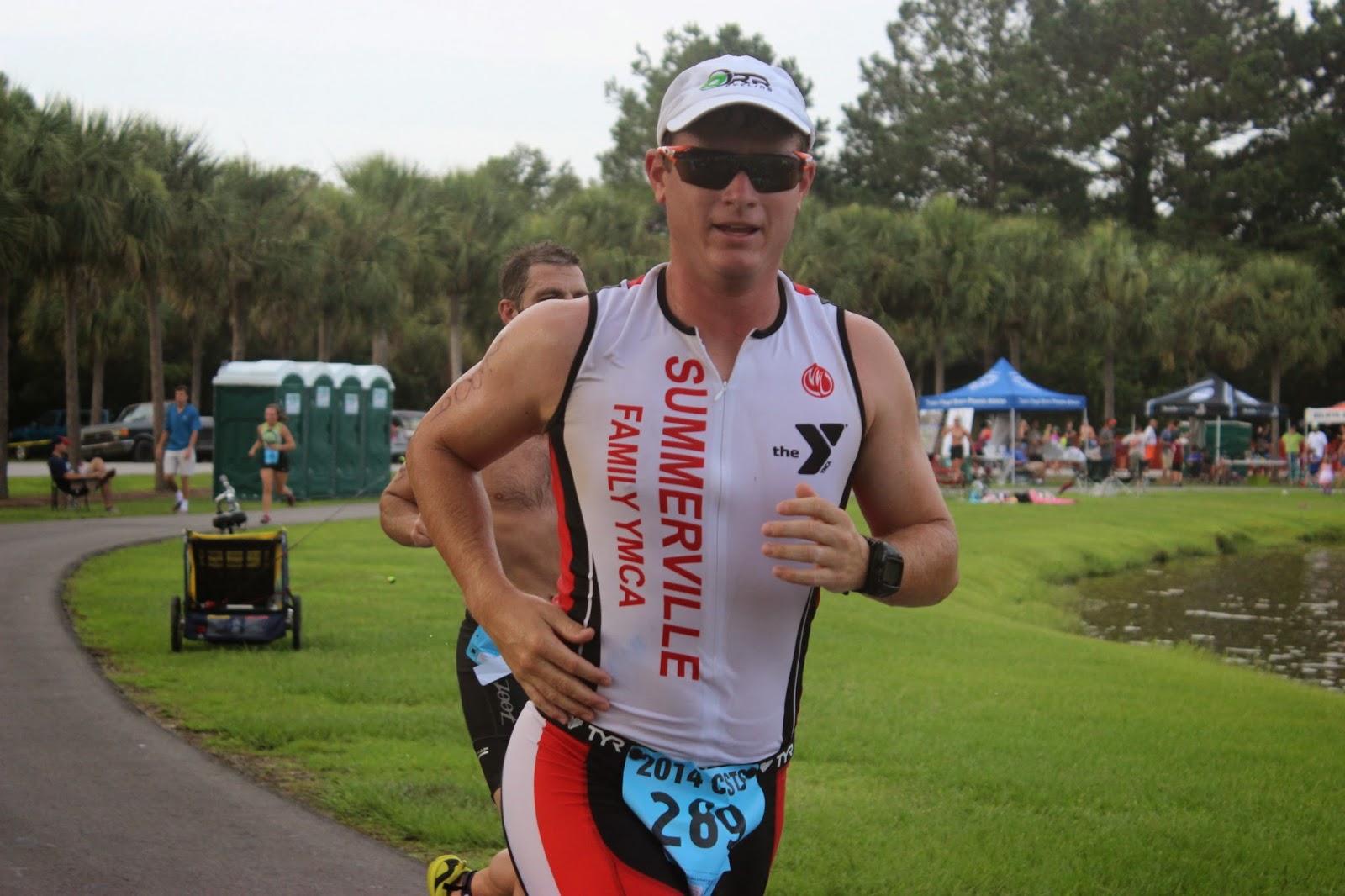 What's triathlon like in South Carolina, and what are the pros and cons of being a triathlete in your state?

Triathlon is still growing in SC. We have the SC triathlon series put on by Set Up Events and several local races. We do not have any triathlon super stores like other states, so finding a variety of gear can be challenging. The first race of the year starts in March and runs through October. We can pretty much train outside year round, which makes it very nice. I do whatever I can to not spend time on the trainer. I would love to see SC get a big name event and become a destination race for people. The great thing about living in SC is you can drive less than 2 hrs and get whatever terrain you want to train on. South Carolina is not a very bike friendly state, but it is improving. The weather can vary so much in a matter of days, which makes it hard to plan your training. We have a very limited number of heated pools and they are only open at random times, so it makes it difficult to swim when you get a random moment of free time.