Saturday was far from perfect.

For starters, driving through darkness on my way to Pineview Reservoir, I glanced in my rearview mirror and noticed my bike was being given the business by the early morning wind. Not being 100% confident in my bike rack, I pulled over to make sure everything was ok. It was, but I was now distracted and missed my next turn. $@&! Long story short, the next exit was a ways up the road, and I arrived at the race scene later than I hoped.

I hustled through the pre-race stuff at check in and T2, then biked the ~2 mi to T1. I thought I was prepared in long-sleeved clothes, but it was still frigid. My teeth were chattering and I once again pondered why I do the things I do. As I had been telling myself, arriving a little later proved to be no big deal after all, as I had ample time to get ready. That doesn’t mean there weren’t curveballs thrown… no toilet paper in ANY of the port-a-potties?? That’s a cruel prank on race morning!! Let’s just say I was luckily prepared thanks to seasonal allergies, but I have no clue what everyone else did... it’s possible that a white knight in shining armor (or perhaps the Charmin bear?), arrived while I was warming up in the water, but this was never confirmed nor denied.

Anyways, although cold, the race venue was absolutely gorgeous… awesome mountain views with a splattering of fall colors, a soft sandy beach, and a light fog over the calm waters. I warmed up with many others in the water before hearing a voice on the mic announcing a last minute change to both the swim and the bike course. Uhhh, ok. The swim change wasn’t a big deal. We could see the buoys and it was pretty straight-forward. But the bike change? What was originally two loops was now a modified three, but not all loops were the same. Hmmm. I asked a guy near me in the water, “so is the new course shorter or longer?” He assumed it would be the same (56 mi), but I was skeptical.


There was no time to get an answer, as a minute later we were off. I felt very comfortable in the water and my shoulder caused me less trouble than prior races. I was able to find some feet to draft on for a decent portion, which I’m always happy about. At the very end of the swim my right calf cramped up on me, which was surprising because I use a “2-beat” kick and generally save my legs for the bike and run. Might have been simply due to being so cold pre race.

Onto the bike, it was uncomfortably cold, but not terrible. I lost feeling in my extremities, but knew it would eventually approach 80 degrees for the day. Several miles into the course we approached an old monastery. According to all the pre-race communication we had to ride up to the actual building, where there would also be an aid station at the turnaround. The guy in front of me turned right (the monastery was down the road to the left) then shortly after looked back and yelled “did we miss the turn?” Since there were no turn arrows, markings, etc, I originally followed him to the right, thinking he knew something I didn’t. Now knowing that he didn’t, I yelled something like “yeah, I think we did.” I’ve never cut a course and didn’t want to start now. As we rode up, it was completely barren… no aid station, no nothing. We’d been duped! We turned around, and signaled to riders who had followed us to just turn around as well. 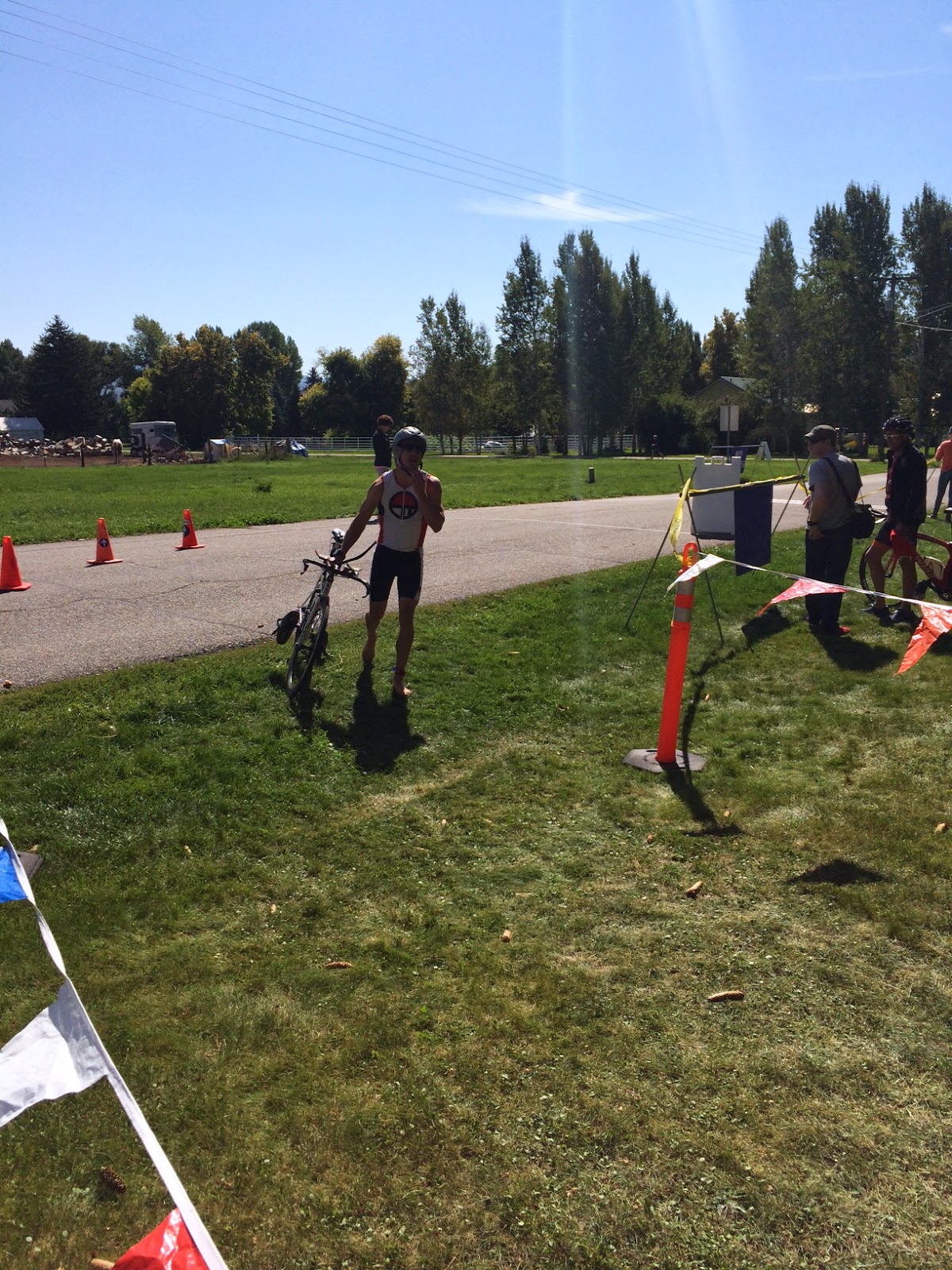 It only tacked on 1+ miles but I was now riding angry, which in hindsight was detrimental. I was frustrated with the last-minute course change, poor communication and lack of on course markings. It was hard to just focus on riding when I legitimately didn’t know where I was supposed to go. To be fair, this change could have been mentioned while many of us were warming up, but I sure didn’t hear anything and there was no arrow, or volunteer, to point the way.

With two loops down and one to go, it was clear that the course would be long. I’ll admit, I was not a happy camper, and my attitude was bad. I felt great through ~45 miles, then started to fade a bit. Through 56 miles I was around 2:42, a split I would’ve felt good about. I took another wrong turn in the last few miles (once again no marking) and had to double back. All told it was an extra 6 mi, and although not the end of the world, it took its toll on my legs.

Almost immediately on the run, I had a strong desire to walk. Never a good sign! I fought through that, and vowed that I would have a good attitude (unlike the bike) no matter what. I had to dig into my mental bag of tricks early and often to get me through. By mile 3 I thought of the old Chevelle song “send the pain below” as a theme song of sorts, an attitude of acknowledging that I was hurting but that I could overcome it. 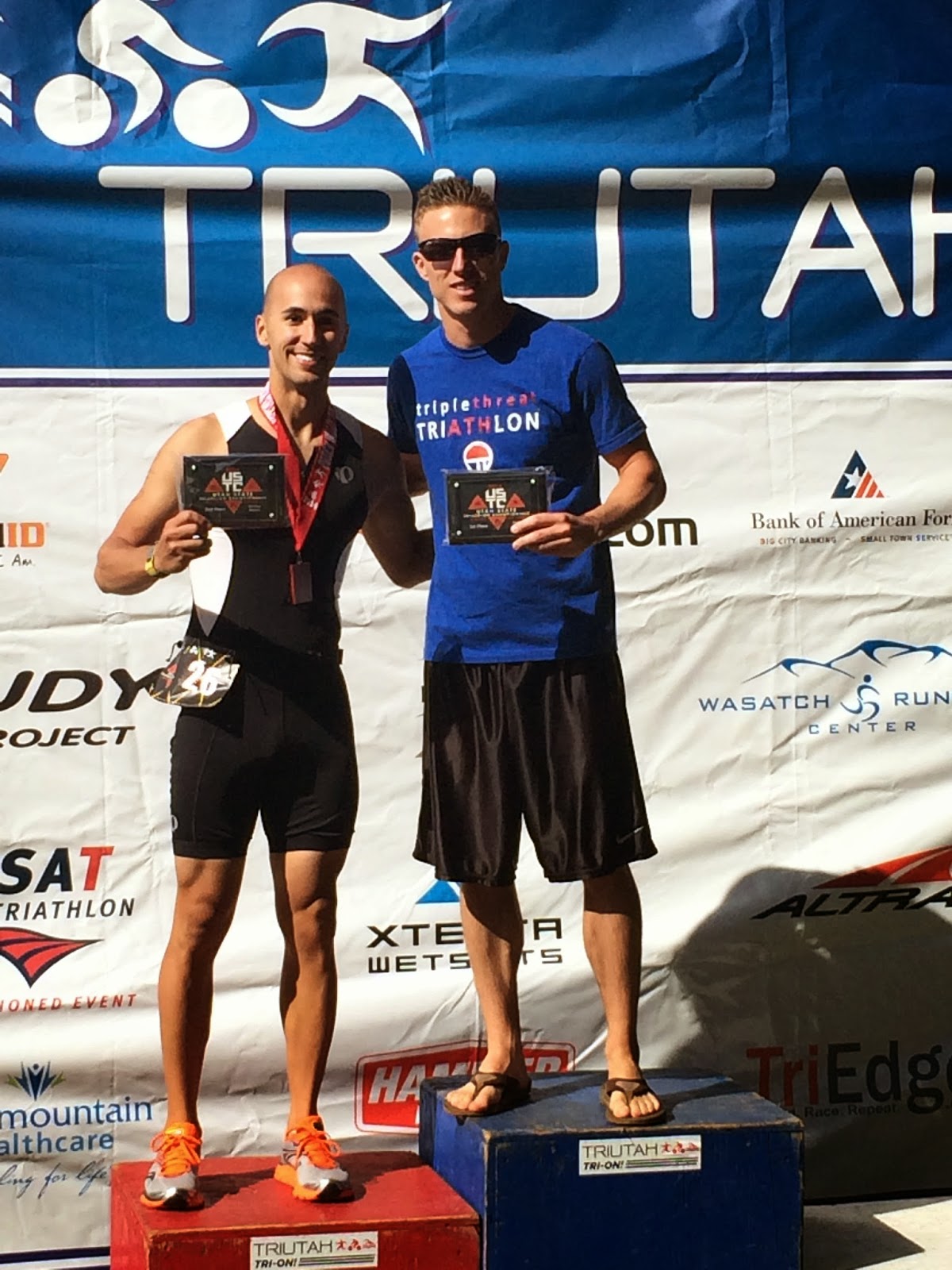 Through miles 4-7 I had a little mantra in my head, and I also tried to break the course down into smaller pieces… perhaps the oldest mental trick in the book. Unlike most races, I also welcomed a guy catching me, and we chatted a bit as we ran side by side from miles ~8-10. That was helpful, thank you Ethan. In the last couple miles I counted every other step to 20, over and over again. Salt in the wound was that the run course was a little long as well, pushing 14 mi according to my Garmin. Brutal.

I got a little exposed in this race, as my longest runs post-injury were an 8 miler and a 10 miler.

I had some struggles, but was fortunate to finish 10th overall and win my age group. A nice surprise after a far from perfect race. 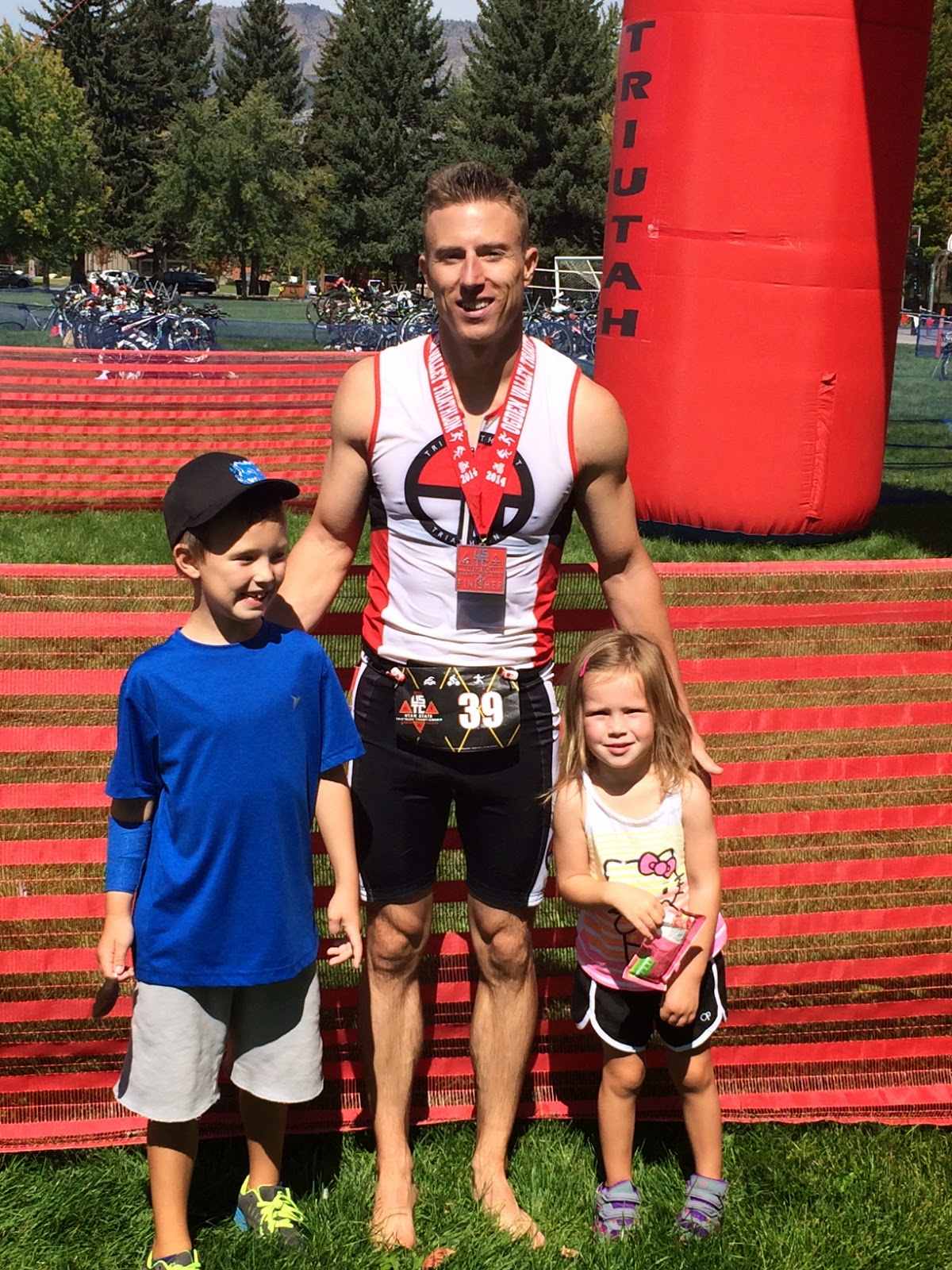