Andy Potts was an All-American swimmer at the University of Michigan who barely missed the 1996 Olympic team in the 400 IM. He also was no slouch on land, joining the track team his senior year as a Wolverine. After a few years of deciding what he wanted to do post graduation, Andy got into triathlon in 2003... one year later he made his Olympic dream a reality in Athens, only in a completely new sport!

Since then Andy has continued to be one of the best and most versatile triathletes in the world, with countless victories from short-course racing to Ironman, including the 2007 Ironman 70.3 World Championships.

Some highlights this year alone have been wins at Ironman Coeur d'Alene, New Orleans 70.3, Calgary 70.3 and a 6th career Escape From Alcatraz title, in addition to 2nd at California 70.3 and the US 70.3 Championship (1st American) at St. George.

Since first racing at the Ironman World Championships in 2008, Andy has three Top 10 finishes to his name. In addition, outside of stellar performances by Chris Lieto in 2009-10, Andy has been the top American every time he's raced.

Thanks for the time, Andy, and best of luck as you head back to the Big Island this year! 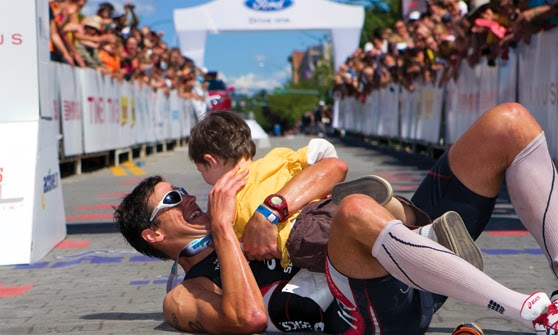 You’ve been the top American triathlete of the last decade, and continue to represent the red, white and blue with honor! As a whole though, why do you think the US has struggled compared to other countries at the Olympic and IM level?

I appreciate your kind words regarding my career; I think there are a lot of committed and dedicated American triathletes who are representing our country very well. It has been an honor to represent the US as an Olympian and Ironman around the world for the past decade. While the US has not produced an Ironman World Champion recently or had Olympic success, I think the aperture for scrutiny should be opened slightly.

For example, there have only been 12 Olympic medalists (men) from 7 countries earned in triathlon, ever. The six Gold Medalists (men’s & women’s) have come from six different nations. So, while a few gold medals in the US’s trophy case would be amazing, I do not believe that the American system or athletes are struggling. I also believe that there are a bunch of medals in our future with the new crop of young athletes coming up.

How did you respond to getting robbed (in our opinion) of a 2008 Olympic spot after making the team in 2004? Did it bum you out for a long time or were you able to use it as fuel going forward? (If I remember correctly didn’t you go on an epic tear of wins after that?)

What do they say, "when one door closes, go through the window”? That is exactly what I did in 2008- I used the opportunity to race in my first Ironman World Championship and start a new chapter in my racing career. Everything in life is about perspective and how we react to what is presented to us. Instead of dwelling on the setback, I was back training the next day, with a new goal, fresh outlook and completely focused on the new challenge and path that was in front of me. As an athlete and a parent, I talk a lot about ’teachable moments’. When a setback occurs, this is a great ’teachable moment’ and it’s important to learn from your experience, improve and continue to move forward. 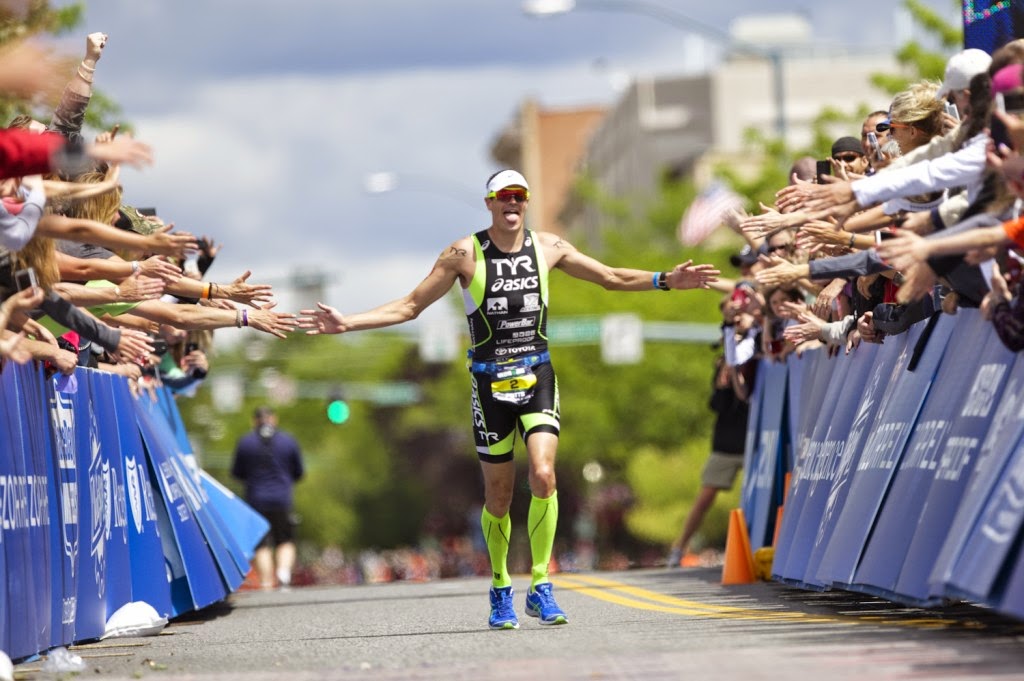 At the St. George 70.3 pro panel this year it seemed like the pros were all very friendly with each other (for example I noticed you were chatting for a long time with Jan Frodeno). Is it really that friendly across the board or just with a select few? Just like at any level, are there certain guys you get more fired up to race than others?

The Triathlon community is a great community and I really enjoy getting to interact with my fellow competitors, age groupers and fans. There are some athletes that I get along with better than others but everyone is typically fairly friendly. In terms of racing- I love to race and I love to race anyone that is going to give their all on the race course. I know that when I line up, I am going to give all of myself and I get really pumped up to race anyone who I know is going to give that same level of respect to the competition.

Most sports tend to progress with time… for example, NFL players a few decades ago made salaries in the thousands, now in the millions. However in triathlon, Rev3 has cut pro prize purses and Ironman is re-allocating prize money so that races you’ve won in the past such as Ironman Lake Placid no longer pay out. As triathlon grows, do you see it being harder or easier to make a living in the sport?

I have been very fortunate in in my career to have great, long lasting sponsor partners. I take the responsibility of being a professional athlete and ambassador for brands very seriously and am always trying to better understand how to drive value for them. While the landscape for professional triathletes has changed over the years, I still find that it is on an upwards trend and there are opportunities to make a living and do what I love.


Speaking of sponsors, quick question as I'm in the market myself... do you race in Rudy Project's new Wing57 or stick with the Wingspan?

I am currently racing in the Wing57. I love the way the Wing57 feels and the integration of the visor (plus, I can choose which visor based off of the conditions). I feel like a fighter pilot when I wear it! Rudy Project has been a partner of mine since I started in the sport. It is important for me to support and continue to work with the brands that have been with me throughout my triathlon career. Being able to be with a brand like Rudy for so long is a testament to Rudy’s ability to constantly innovate and create great products as well as their commitment to the sport.

With your swimming background and as a naturally bigger athlete, do you focus much on strength training in both the off-season and in season or is the focus more on going the other direction and getting leaner?


We’re required to ask you at least one swim question: how would you recommend a triathlete allocates time in the pool between shorter, faster intervals and longer sets (eg. 400’s, 500’s, etc). Also, what’s the best drill in your opinion for the average age grouper?

I love swim questions, bring them on! In general, all training, whether swim, bike, run or otherwise is based on the premise of introducing different stimuli to elicit a response, adaptation and improvement. For swimming, a combination of shorter intervals, longer sets, drill work and even stroke work is important. Swimming different strokes helps create balance and feel for the water that most triathletes miss because they come to swimming later in life. With that, the most important elements of any training program are purpose, consistency and repeatability. To improve at swimming, you need to swim. As a general rule for individuals who are not brand new to swimming, I believe that swimming 3x per week is great for maintenance and small gains while 4-6 times per week will yield improvements. Oh, and my favorite drill is one arm freestyle (with the opposite arm at your side).

Follow Andy as he continues his quest of world triathlon domination!