The Straw that Broke the Camel's Back

Since Boise 70.3 about a month ago, I’ve started to shift my training from longer stuff to more intervals & intensity. I enjoy mixing things up as the season progresses… however, I don’t enjoy when it backfires on me as it did this past weekend. 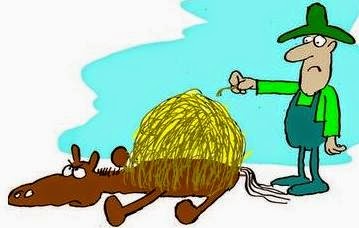 Early Friday morning through Saturday afternoon was Ragnar Wasatch Back, a team running event (check out this post for some background if you’re not familiar). I was excited to get a nice “running block” in, with 17+ mostly hilly and challenging miles.

Following a track workout last week with some 800m repeats, I had kind of a “dead leg” sensation in my right leg, like the muscles just weren’t activating at all. I (stupidly) went for a 90 min ride the following day, then had a day of rest before Ragnar. In hindsight I didn’t show enough respect to the rocky terrain of the course.

Last year my first two runs were flat, and I pushed the pace. This year, my first (7 mi) consisted of 1-2 muddy miles up a section called Avon Pass before turning into a punishing 3 mile descent. I didn’t push hard on the downhill, but did lean forward and let gravity do most of the work. In hindsight I should’ve applied some brakes. By mile 5, when the road flattened out, the “dead leg” sensation was back… too much pounding. I finished the last 3 miles off at ~7:30 pace, but could tell that something wasn’t right.

Over the next few hours I did my best to recover before my next run, taking in some protein, stretching, etc, but my leg was locking up, especially my upper calf. Our van was a blast, but sitting didn’t help. I’d hobble out to cheer on others and try to walk it off, sit and it would get tight, then repeat throughout the day. I found a medical tent at one of the exchanges and received some active release therapy. I wished I had a wooden rod to bite down on, but it did help a lot. From then on I could walk without limping too badly, but my looming, hilly 8+ mile run was still a big question mark in my mind.

Shortly before my run I gave my legs a pep talk and attempted to jog on some grass. Even “running” 20 yards was a painful challenge. Finally my number came up again, and I gritted my teeth and limped the first mile before my gait loosened up just enough to look kind of normal. I brought my phone along to keep my wife and rest of team posted if reinforcements were needed, and it was a good feeling when I realized by mile 2 that I could do it. Every step hurt, and I was at 11 something minute pace, but I was determined to finish. My mind went back to my first half-Ironman, Michigan’s Steelhead 70.3 in 2007. I was severely undertrained, especially on the bike, and my legs were absolutely trashed on the run. Especially from mile 10 on, I wanted to walk so badly, and it was a major mental battle not to. Thinking about that gave me some inspiration, as I’d think to myself stuff like “how many steps did you walk at Steelhead? Zero! And we’re not walkin’ any today either!” No shame in walking… I was mainly just afraid I wouldn’t be able to start up again if I stopped. The last mile was entirely uphill, but I made it… easily the most painful 11:22 mile pace run of my life!

Our van of six runners was finally able to crash shortly after midnight, then up again before 4:00 to get to the next exchange in time. My leg felt like a foreign object, but mercifully my last run was only 2 flat miles, the shortest of them all. Anything longer and I would’ve definitely walked and/or waived the white flag of surrender. I jogged with a noticeable limp, but made it before getting a big bag of ice and some ibuprofen.

All that said, I still had a fantastic time, and highly recommend Ragnar if you get the chance.

A couple days later, I’m sore (ironically more on my left leg from over-compensating!), but I don’t feel injured… I think the combination of Boise and increased intensity of late made me vulnerable, then a few pounding downhill miles was the straw that broke the camel’s back.

Or in this case, the runner’s leg.

Needless to say, I’m keeping this week very light before easing back into my routine. Could probably have used a recovery week anyway.