While working in England as an electrician, South Africa's Kyle Buckingham decided to follow a roommate's encouragement to train for an Ironman. With no endurance background to speak of (Kyle's main sport growing up was surfing) he completed his first ever triathlon, Ironman South Africa, in 10:29. That was 2009. Shortly thereafter he was qualifying for Kona, training from 6-10pm with a heater blowing on him to prepare for the Hawaii heat!

Kyle continued to improve, and at the 2013 Ironman World Championships he was the world's fastest age grouper, placing 16th overall in a Kona AG record time of 8:37. Following that stellar result he decided to turn pro, and was kind enough to check in with us on how that process has gone. 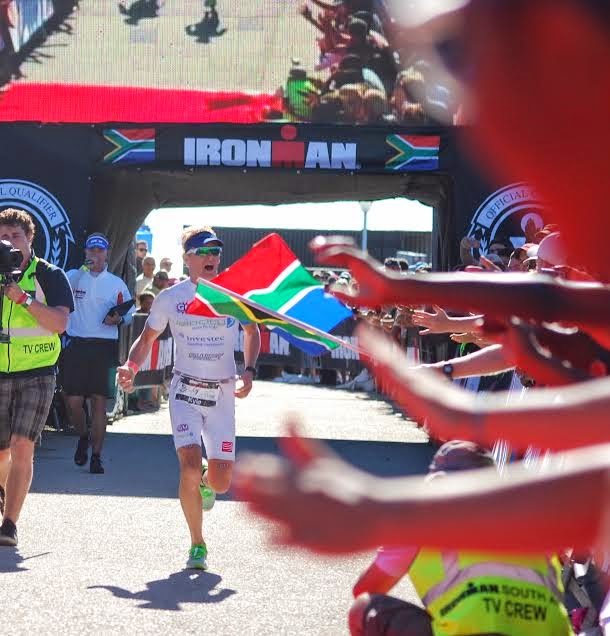 First of all, can you please explain… how does a surfing beach bum with no endurance background get to where you are today??

After I did my first triathlon/Ironman which I really enjoyed (I didn't do that well but I wasn’t too bad) I realized I wanted to see if I could do better in my next races and from there I was hooked to push my body to do better for each race. I’d say it’s in my blood with also in the beginning a lot of late nights of hard training.

What was your motivation to go pro when you did? After all, there’s glory in being the fastest amateur in the world, right?

There was no real rush to turn pro, what I was advised from a few people was there was no point turning pro if you don't make the times a pro does as an amateur. I needed to win my age group in Kona and only then I would turn pro as I feel I could keep up with the pros.

You’ve said “When I moved back to South Africa in 2012 I started thinking about turning pro, but since I was new to the scene and no one knew about me yet, I wanted to get some exposure first. I wanted to get my name out there before turning pro.” Do you feel this strategy has helped you with the “business” side of triathlon in your first year as a pro? How have your sponsors helped with your progression?

Absolutely, as a new guy in town that nobody really knew anything about, coming from London, getting my name and face out in South Africa in magazines, social media, and online was something I really needed to do. I think it has definitely helped me in my first year as a pro as everyone now knows my background and history and feels a connection with me.

My sponsors have given me the tools and amazing opportunity to pursue my career. 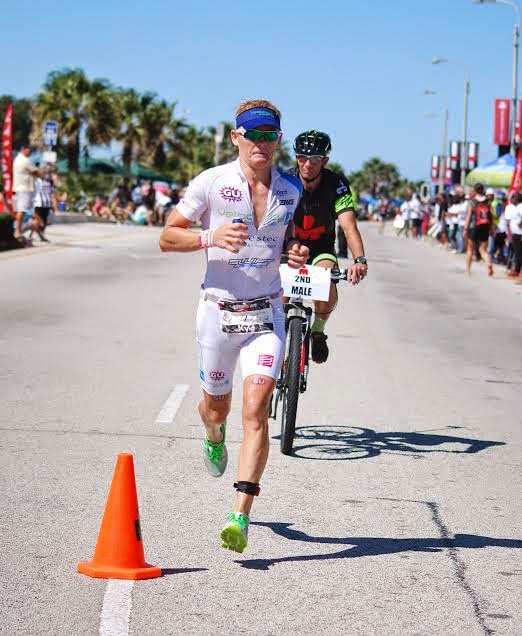 In your race report from Kona last year, you wrote “the morning of the race I wasn’t even nervous; I was so confident that this was going to be one to remember.” In general, do you feel more nerves/pressure now that you’re racing for a pay check? Did nerves play a role in your first race as a professional?

I do feel that there is more pressure being a pro, but the key is to focus on your own race and try your hardest to relax. Otherwise you spend all your energy on stress and nerves and the race has not even started. I wasn't so nervous in my first pro race, as I had no expectations going in. I wanted to see what it was all about.

How did it feel to follow that first race up with 2nd place at your hometown Ironman South Africa? Did that result surprise you, coming so soon in your pro career?


Yes, it was a surprise as I was gunning for top 5 overall. It was an amazing feeling when I knew I was in 2nd place with my hometown backing me all the way on the run. I just knew I had to keep my position and fight all the way to the finish line. It was a very tough day but worth it!

You just kicked off a series of US races, and are currently based out of Boulder, correct? Do you still prefer to train solo, even with so many pros nearby?

We have just reached Boulder, following Raleigh 70.3 and Eagleman 70.3. I will largely be training solo in Boulder but will definitely join training rides and swim squads. I think training in Boulder will be similar to somewhere like Stellenbosch (South Africa) with its awesome mountains and climate, but I'm interested to see how the altitude will work for me.

You’ve commented that the most important element to your training is, “training my mind to be stronger than my body.” Can you elaborate?

With the training I do, it’s physically challenging on my body and 1 training session can last 7 hours, so I need a strong mind to zone out or block out the tiredness and pain of my body telling me to stop. 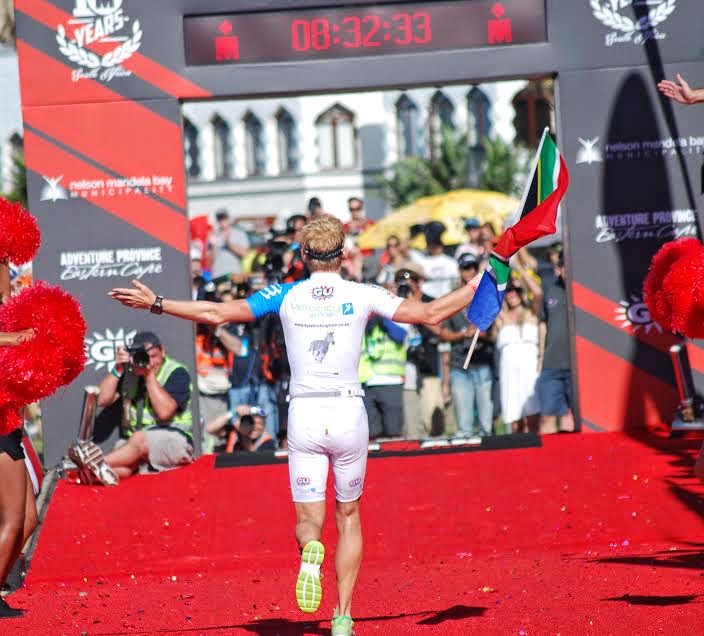 Among the following choices, how would you divvy up the credit (100%) for a race gone extremely well?

You seem like a guy who’s not afraid to make predictions. For example, you went into Kona with the goal of being the top amateur, predicted your splits, and pretty much nailed them. On that note, how long do you predict your AG record will stand? What are your goals for the next 1-2 years of your career? 5 years?

I hope that my AG record will never be broken ;-) but let’s hope it stands for the next 5 years.

My goals for 1-2 years is to try and win an Ironman or 70.3 and I would like to hit Kona in the next 2 years and hopefully finish in the top 5. My long term goal is to win Kona in the next 4 years and try to stay at the top of my game as long as possible.

Among the South African people, who are considered the country’s most famous triathletes? How popular is triathlon there?

Well Raynard Tissink (Kyle’s coach) was a legend himself in racing triathlon until he retired 2 years ago after an amazing 22 years in the sport. We have very good athletes coming out of South Africa and the talent is incredible with the likes of Richard Murray, Conrad Stoltz, James Cunnama, Stuart Marais, Dan Hugo and the list goes on!

Follow Kyle in his first year as a pro!