That’s the phrase that kept coming to mind leading up to Saturday’s Ironman 70.3 Boise. For St. George 70.3 last month, I admittedly had a nasty case of the pre-race jitters. For this one I was at the other end of the spectrum… way less stressed and just excited to be racing.

My wife and I pulled into town Friday afternoon, a couple hours before athlete check-in was over. No rush, no worry. The mood was light, including an impromptu contest of who could put their number (essentially a sticker you fold over) on their bike frame the best... loser had to rinse/clean the other’s wetsuit post race. I announced it would be an “easy win,” but then completely choked… mine looked terrible. 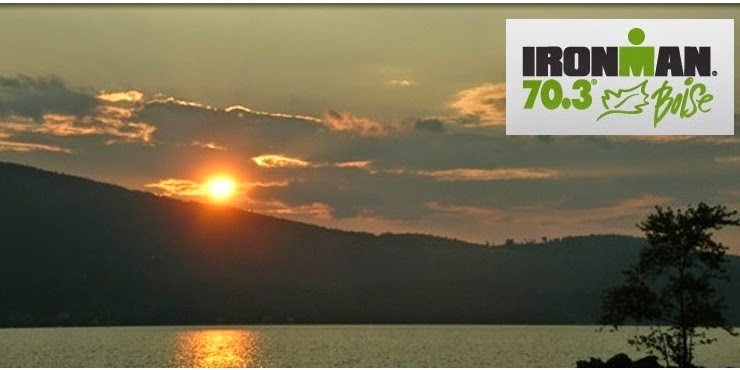 This race is unique in that it has a 12:00 start, which I don’t particularly like. It has its pros and cons I guess. We got up around 8 and watched some of the women’s French Open final while gradually starting to get ready. Around 9:30 we were out the door, dropped our run bags at T2, and after a somewhat frustrating wait, caught one of the shuttles to Lucky Peak reservoir.

Getting frustrated by the wait soon turned laughable, because the only issue in transition was having too much time on our hands. With the noon start it was getting hot, with some people choosing to lay underneath a big truck (with only 2-3 feet of clearance) for some shade. We sat down right by the swim start, just off to the side. Craig Alexander was within spitting distance, there for sponsors but not racing. Following what I recently wrote, it’s cool to see stuff like that at events. Also in line with that post, this race pays very little ($3K to the winners down to $500 for 5th). As such, the pro fields weren’t deep at all, but it was fun to see a few big names getting ready right in front of us such as Luke Bell, Maik Twelsiek, and Trevor Wurtele. It was amazing how incredibly calm they seemed.

Just another day at the office.

Around this time I had one of those reactions where you see someone who looks familiar, but it takes a second to process. Finally it clicked… that’s Apolo Anton Ohno! I vaguely remembered hearing he got a celebrity slot for the Ironman World Championships this year (with the chocolate milk Refuel campaign, as former Pittsburgh Steeler WR Hines Ward did last year). He had on an orange cap, which the 50-54 age group was wearing, and my wife said “I didn’t realize he was that old.” Uh, babe… he’s not. In fact, he was in my age group (30-34), just wearing a different cap so a film crew could follow him along. Alexander stood next to Apolo, pointing out the buoys, design of the swim course, etc. to him as Apolo’s coach, the legendary Paula Newby-Fraser, looked on. I almost felt bad for Apolo in that moment, like man, I hope he knows what he got himself into! 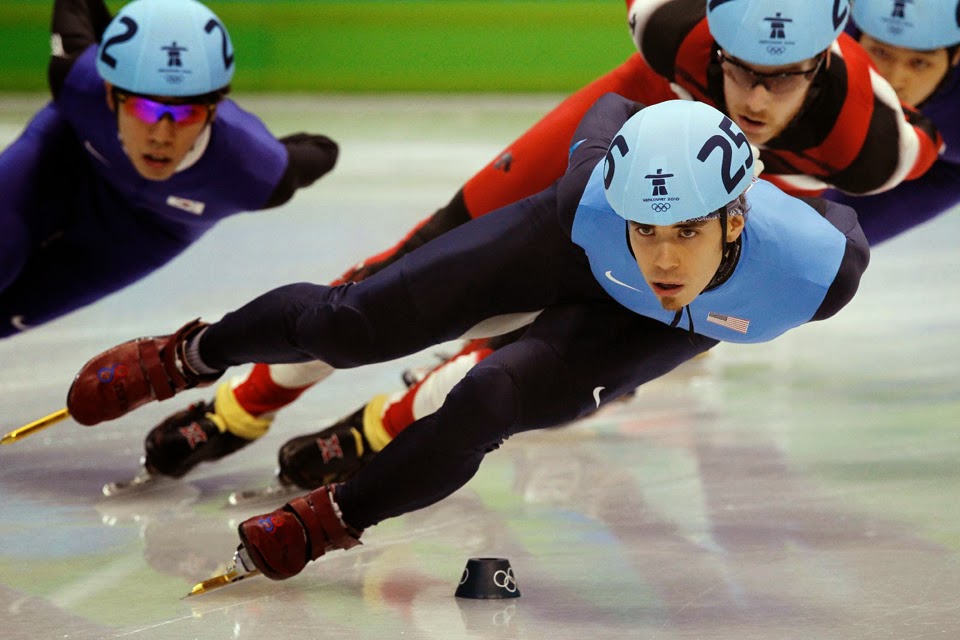 A minute later Apolo was standing right next to me, with the film crew still shooting footage. I asked if he was gonna do his pre-race yawn, like he always did to calm himself down in the Olympics, and he said “yeah, I’ve been yawning all morning!” He said it was his first triathlon, and I said something like, “well this is for fun… no gold medal on the line! Way less pressure than you’re used to.” Right before we entered the water I gave him five and wished him good luck.

We had been roasting in our black wetsuits and swim caps with the noonday sun beating down, but even so the water took my breath away at first. I’ve been in worse, but it was on the cold side for sure. Thankfully I had 3 min to tread water and get my head right. The gun went off, and the water quickly went from cold to quite refreshing. Lucky Peak reservoir is a great venue, and the water was great. The wind picked up, causing a tiny bit of chop, but not much to report. The course felt a tad long, but I pushed myself and quite enjoyed it.

Onto the bike, it was clear that the wind was going to be a factor. Nothing crazy, but a factor. Unlike IMSG, with an intimidating climb up Snow Canyon and a very hilly run, the Boise bike course is hilly but lacking anything major. The run is flat as a pancake. With that in mind, I had decided to push harder on the bike, maybe an 8 on a scale from 1-10 as opposed to a 7 at SG. For the first half, my mood on the bike was good, even into the headwind. “Everyone’s dealing with it,” I told myself. Part of the course is out and back, and it was fun to see the pros come through, along with the race vehicle indicating the leaders. A few miles further down the road I saw another vehicle (actually two if I remember right). What is this? Why, Apolo Anton Ohno of course, with film crew in pursuit! Are you kidding me? Could he really be kicking my butt this handily? Did they give him a motorized boat and bike?

In the second half of the ride, my temperament fluctuated a bit with the direction of the wind. “Yeah, awesome noon start, isn’t it wonderful?” I muttered to myself more than once, reflecting on how winds had been pretty much negligible in the morning hours. I tried to keep the eye of the tiger though, and noticed this song was running around in my head.

There were a few sections of tailwind, but due to the course design and direction of the wind, the majority of the ride (including the last 15 miles or so) was into it. My legs were pretty cooked, and I was happy to finally see the bike dismount line at T2.

Speaking of cooked, I nearly blistered the soles of my feet running across the black pavement of T2. I looked like an Irish dancer until my running socks finally extinguished the fire.

I always cross my fingers hoping my “run legs” will show up as I exit T2. Thankfully they had, and I had to remind myself to keep my pace and heart rate down in the first mile. Shortly thereafter, however, it was clear that my stomach was not 100%. No puking or port-a-potties required, just a little unsettled. I had exerted myself more on the bike with my effort and the wind compared to St. George, and hoped it wouldn’t come back to bite me in the butt.

Mile 3 was a turning point, as out of nowhere I let out a ferocious belch, sending small forest animals scurrying for cover. Apologies, wilderness friends, but I needed that, and my spirits were lifted. The Boise run course is amazing… you’d be hard-pressed to find a better one. It’s two loops on trails through beautiful parks, over bridges, and along the campus of Boise State University. The spectators are great, and most of the course is shaded and blocked from the wind. Despite my relief at mile 3, most of the run required mental toughness/gut it out mode. I didn’t feel wonderful. My Garmin ran out of laps (you have to delete the history every so often) at mile 8, which was unfortunate, but I figured I should just forget about data at that point anyway. 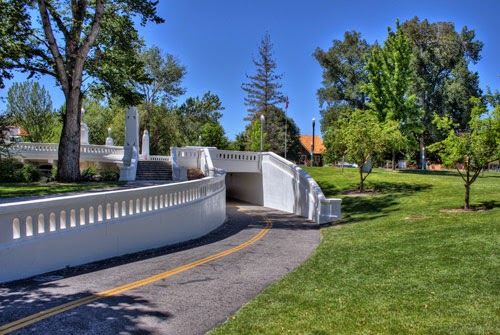 At St. George my conservative approach on the bike and first half of the run allowed me to finish strong. The last few miles at Boise were gut check time, with the engine beginning to sputter. I could’ve probably used ~100 more calories of fuel in the tank, but my stomach could never completely decide if it was happy or not. As a result my pace faded slightly in the last couple miles, but I dug deep and finished the best I could. 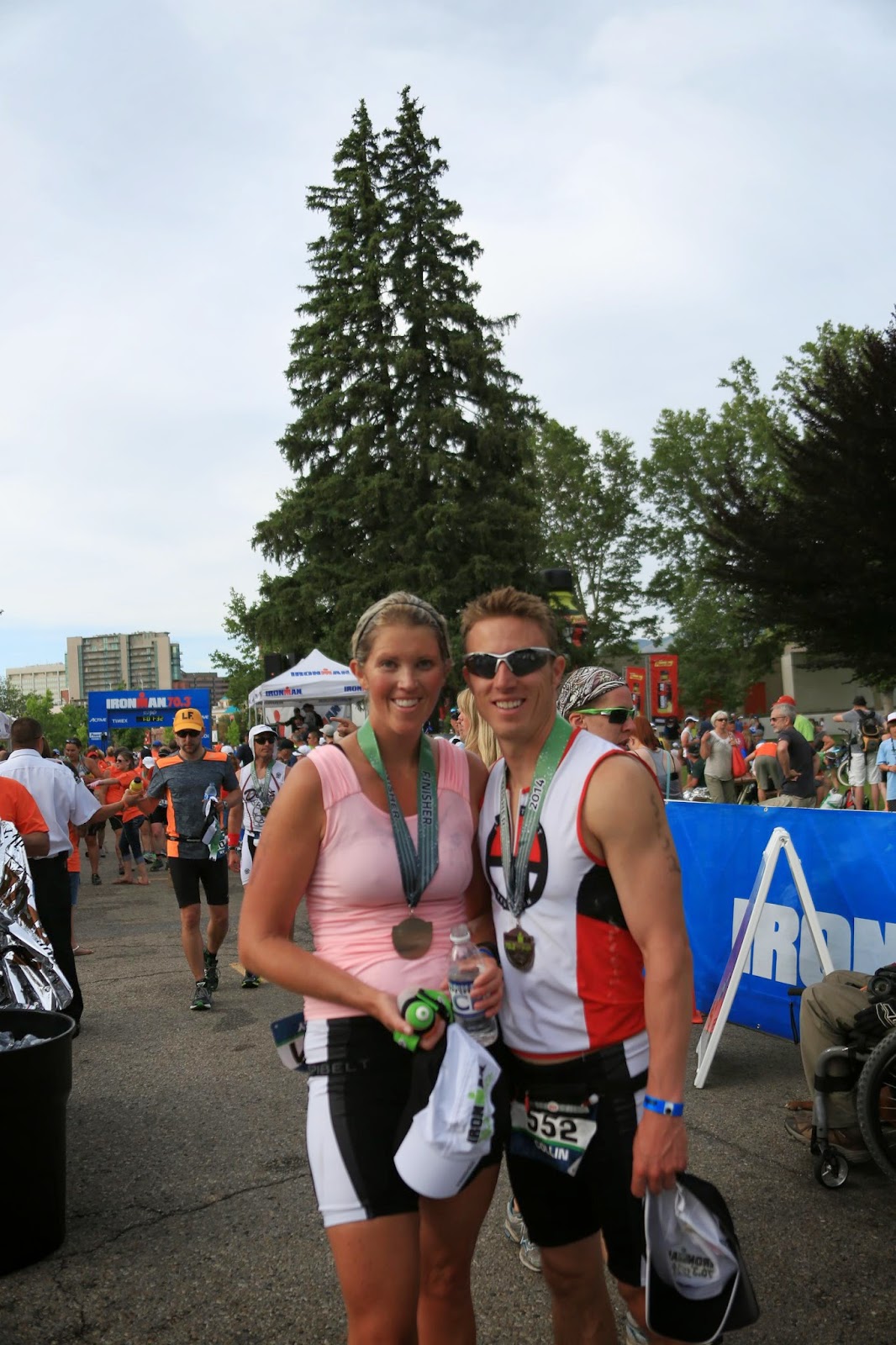