From sprint to Ironman, B.J. Christenson is widely considered to be the fastest all-around triathlete in my state. I caught up with him (for once!) as he ramps up for his 9th trip to the Ironman World Championships this October. Thanks for the time, B.J., and best of luck this season!

Let’s start with a question you’ve never heard before. How tall are you?

I bet you hear a lot “oh, those long legs, it’s so easy for him!” Do you ever get annoyed with that?

Yeah… people don’t realize how much you hurt, and they don’t understand the mechanics. It’s a lot about turning the levers over. Technically bigger guys are disadvantaged in heat, but I try not to buy into that mindset. On descents I will say it’s an advantage. In swimming there may be an advantage to having a longer body. But as a disadvantage I punch a big hole in the air… and they don’t make bikes my size!


I take it you’ve put in a massive amount of time on the bike to keep the “pocket rockets” in sight for the run?

It’s all relative, but not really tons of time. In a really good week I’ll get in 150+ miles, 3-4 rides. When I hear what other guys are doing who really dominate the bike… man. But I’m trying to ramp it up this year.

Last year I broke my scapula in a bike crash, which set me back the whole year. While recovering I ran a lackluster Boston Marathon and participated in St. George 70.3 with my wife. My training was really lacking getting ready for Coeur d’Alene. Then CDA was crazy hot. I beat myself up mentally and had a little pity party on the course… when I got to the halfway point of the run I thought “another 13, do I really want to?” It gave me a different perspective, just wanting to finish. Of course Ironman is monumental for everyone, just going the distance.

I lost some motivation, but things came around for Lake Tahoe in September. I wasn’t as prepared as past years, but was able to qualify for Kona 2016 (editor’s note: first in AG in 9:49).


I took a really long offseason after Tahoe. I’m a big believer in timing. I take a lot of time off… 8, sometime 12 weeks. If I’m planning on peaking in October I gotta have the fire to train. I raced St. George 70.3 this year (note: 4:35, 4th in AG), but I never want to have my best race in May. “The grind” as I call it has started, and I’m gradually building up more and more. But I enjoy training.

What’s motivates you to keep gunning for Kona?

Ultimately I got into triathlon because it’s fun. Racing for me is still about finding personal victories. It’s less about competing against someone, but competition brings out the best of me. Kona and I have a terrible love/hate relationship. I enjoy trying to figure out the code. I’ll have two good races there, then a disaster. That gets me hungry to go back. I’d like to go back for #10, then be done with the Kona conquest. I just have a personal goal I haven’t been able to reach.

Uhhhh, I’ll probably keep that to myself. I don’t want to offend the Kona gods! 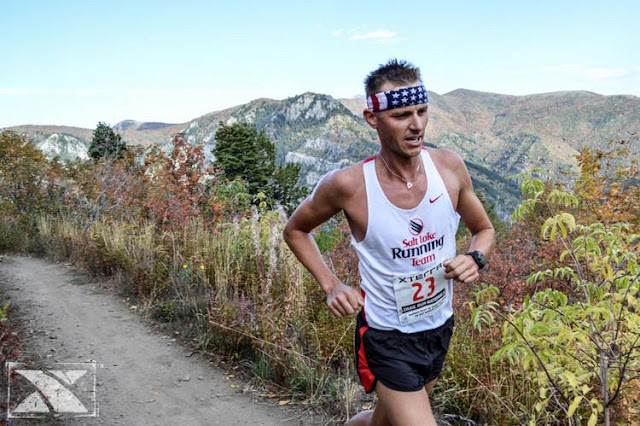 The vast majority of triathletes never qualify for Kona, and those that do might go once. For you not qualifying is the exception… how many times have you been to the Big Island now?

Would you say it’s getting harder or easier to qualify?

If anything it was easier in the past when there weren’t so many Ironmans. My first IM was actually Kona, because I qualified at a half (Hawaii/Honu 70.3) back when you could. I had never run a marathon, even though I was a runner. I did Oceanside 70.3 three or four times and didn’t make it. They don’t even have spots there anymore. At the time there were only ~15 full Ironmans in the world. At Lake Placid, where I qualified in 2008, there were a full 10 slots in the M3034 age group! (now there are way fewer). A lot more chance for a rolldown, too. Kona has continued to race the bar… the competition is getting better and better.

Some people have friendly local rivalries, are yours pretty much around the world? Have you ever talked trash to a German dude you pass at mile 23?

Ha, yeah… I stalk a few people. Couple Aussies, a Belgian, an American and some Germans. Also you never know, every year is new. I feel like half of’em don’t have jobs.

No trash, I’m usually the joker at the start trying to make people laugh. Kona is a sharkfest… most aggressive start you can ever be in. It’s a beat down, with so many swimming within that hour mark. I try to crack jokes to make light of the situation. I do get mad at drafting. It happens a lot, you just hope the referees call’em out. They do a pretty good job… you’ll see a penalty tent on the course with 40-50 guys in it. My first 2 Konas I got drafting penalties… wrong place at the wrong time. You have to be astute, pay attention. 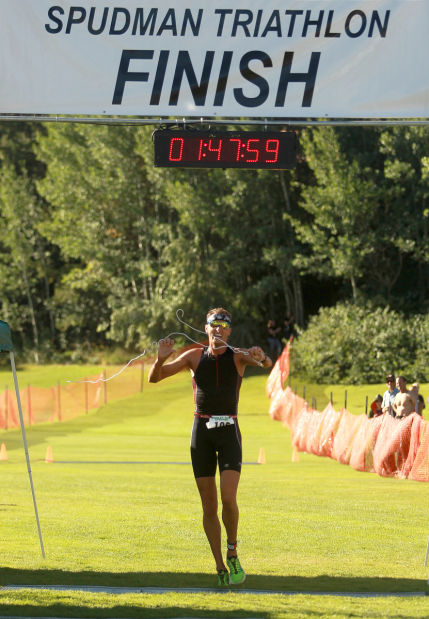 Have you ever raced at 70.3 Worlds? How does that compare?

I did it when it was in Vegas. It was fun. I’d consider racing in Chattanooga when it’s back in the US. That said, in terms of the pageantry and the hype, there’s no comparison. Vegas was basically a glorified 70.3. Kona definitely has that international feel. They’re rockstars. The first time you’re just happy to be there. I’m much more level headed now but you just marvel at the level of good athletes. It still can be intimidating… so many people who are so good.

What are the 3 races you’re most proud of?

2) My first Spudman win. I first raced it at age 15 or 16, and came close to winning so many times. I took 2nd 5-6 times, 3rd a few times. It took me 13 times. Spudman had some good ringers that would come through simply because there weren’t that many triathlons back then. It’s still a great event locally.

3) Lake Placid 2008 I was the 1st amateur and had the fastest run split of the day including pros. Was my first Ironman to qualify. It rained all day. I do ok in the rain because I’m so big and generate a lot of heat. I came off the bike 12th in my AG and ran people down (2:56 marathon). 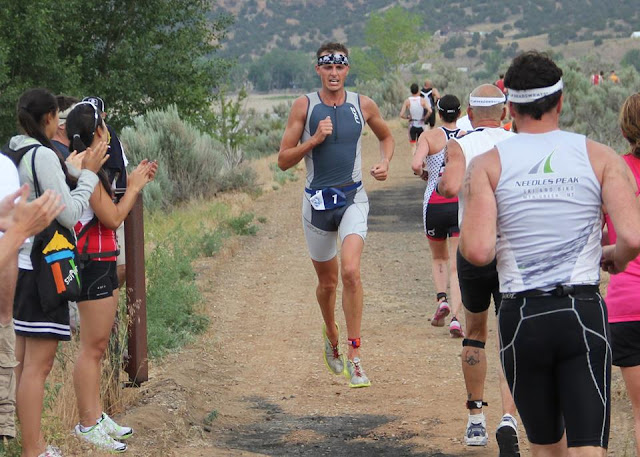 What are your thoughts on continuing to grow the sport at local levels?

I think there’s been a lot of healthy growth over the years, and I hope we keep seeing positive things from the club world in terms of involvement. The next chapter for me will be giving back to the sport and encouraging people to get involved. This is a sport of inclusion, whether you ride on your mom’s mountain bike or your neighbor’s 10-speed. I never want people to feel that they can’t belong to a club or get involved unless they’re racing on a fancy bike. You don’t need a $5,000 bike to play in the game.


I also look at the clubs with a little bit of caution. It used to be you showed up, did your thing, everybody was supportive & cool. Now I’m afraid people will only be cool to people in their club. It hasn’t happened necessarily, I just get nervous. Be individuals as opposed to “I’m with this group.” I hope I’m making sense here.

Do you usually train solo or with a group?

Train solo, I like going when I want to go. I like doing workouts late at night… 8 pm, 9pm. Timing is part of it. I’ll do some rides with people.

I’ve had the displeasure of seeing you out on a course spectating in a speedo (SG 70.3 in 2014 I believe)… have you ever gone old school, full Al-Sultan in a race?

I did for my very first race at Kona and my first Spudman win. I do love to pay tribute to the old days. These days I get a little annoyed with people caught up in tech. Full body skin suits… you’re not riding 30 mph the whole day. Ridiculous. In the old days, the Sultan look… so hard core. Oh I also did the Kokopelli half back in 2002 with a shaved head and no top. Back then you didn’t have to. There was 100 bucks up for grabs for the win. Full Al-Sultan. I remember I was a bit numb, but it wasn’t too bad.