Ryan Nuckols is a Triple Threat Triathlon team member who has lived on the infamous Big Island of Kona since 2006. As a local, I thought it would be cool to get his perspective on the biggest race in our sport. He not only obliged, but provided some great pics from last year’s race.  Thanks man! 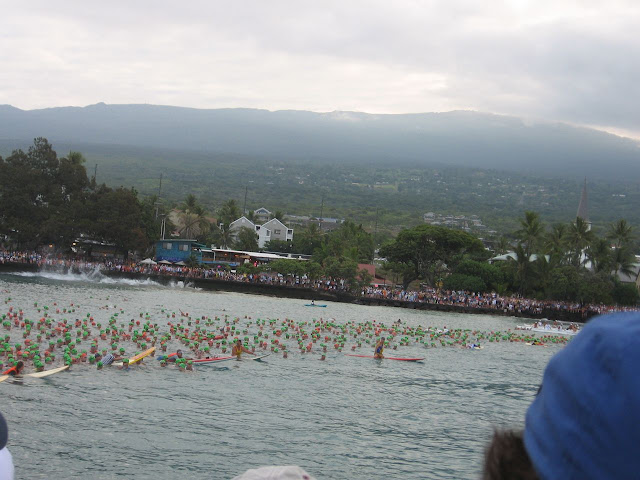 First of all, how did you get into triathlon? Was it living in the backyard of the Ironman World Champs?

When I first moved to the Big Island I didn't want to join a gym but instead wanted to enjoy the beautiful weather in Hawaii and work out outside. I would see quite a few bikers on the road and thought that it would be a good idea to get one as well. I had been biking and running for a couple of months and then Ironman came to town in October. Seeing it live and watching the people cross the finish line made me want to try out a triathlon. The day after Ironman, I signed up for my first triathlon, an Olympic distance race that took place the following March. 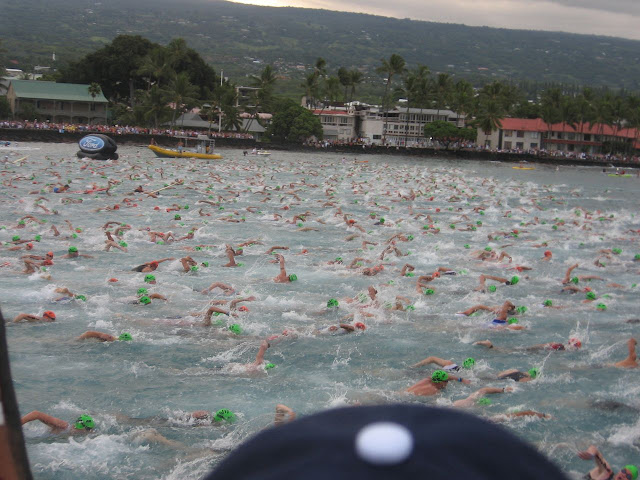 How long have you lived in Kona and do you volunteer on race day?

I've been living in Kona since June 2006. I have volunteered every year since 2007 except for 2008 since I was living in Chicago for 3 months. I have always worked the 1st transition tent. It is a really great one to volunteer for since you get to be out on the pier at the start of the race. You get the best view of the start of the race and also get to admire all of the bikes. The pro bikes are spectacular and make me want to spend tons of money. The first transition tent is really fun but also chaotic. You're just helping people change and get lathered up in sunscreen and whatever else they might need. The tent gets pretty tight pushing everyone through in about an hour and a half. I've also worked the T2 tent for two years. That feeling in T2 is quite a bit different than in T1. A lot of the excitement that the athletes had in T1 is gone and you're helping them cool down and stay motivated. The pros barely even sit down to put their shoes on and then are back out again. Most of the athletes take their time though and enjoy some shade.

What’s the vibe like around Ironman time for you personally?

I personally love the vibe in Kona during race week. There is a ton of energy around town during the week leading up to it and then the town of Kona is basically shut down the whole race day. The finish line is always packed and a really fun time.

In general are the locals annoyed by Kona or is it embraced?

I would say that most locals embrace it but there are always the few who really hate that time of the year. The native mentality is somewhat territorial and doesn't really like outsiders taking over their normal places. That mentality combined with really big egos from some of the athletes always causes some friction. The locals also get annoyed by the way some of the bikers ride on the road. We have one main highway that goes around the Island which is also the bike route so during the week leading up to the race, some of the riders ride in the road and slow up traffic. If some of the bad riding behavior stopped, most of the friction would go away.

What's your take on Madame Pele... does she influence the outcome at Ironman?

I don't know if Madame Pele has too much of an influence on the race. The conditions never change too much throughout the year. It is almost always windy in Hawi and from August-October it is always the hottest. The humid heat out here really does drain you more than you think it does. 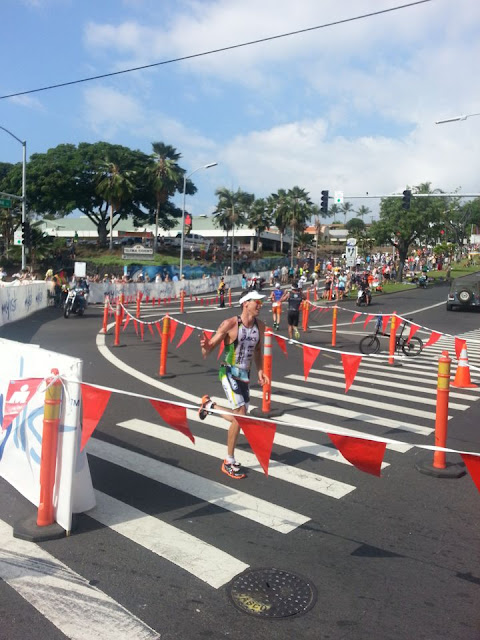 I know sometimes sponsors put athletes up in really nice hotels. Working at the Four Seasons, do you see a lot of pros around?

We get some of the pros at our hotels but not as many as other places. The pros usually have a team of 10 people around them so they usually stay at one of the larger hotels that can give them better group rates. One year we did have four different pro teams and it was fun having them there.

Can you get a sense of who seem like "cool" pros and who not so much?

I don't see enough of the pros to really judge them. It is always nice to see the pros come back to the finish line to cheer on the finishers later on in the evening. This last year Chrissie Wellington, even though she wasn't competing, was all over the course cheering people on. She was riding a bike up and down Alii drive cheering on runners.

For how small Kona is, I would say that there is a pretty strong community overall. Once a month, there is a small race on Alii drive that is either a swim/run or a swim/bike that is free to participate in. There are four main races during the year on the island.